Interview: Erin Benach Creates the Costumes of A Star Is Born to Dress Bradley Cooper and Lady Gaga

Erin Benach’s goal in creating costumes for Ally in A Star Is Born was the personify the different beats of her arc. She also tackled the challenge of making Ally look like a pop star without making her look like a typical leading lady, as well as dressing Bradley Cooper to give him a sexy, effortless look.

How does one go about dressing Lady Gaga? Was it intimidating? We caught up with Benach the day after the Golden Globes, so she could answer those questions and more.

Let’s start with the obvious. Was it intimidating to meet Lady Gaga for the first time given her stature and fame?

I think leading up to it not having met her might have been intimidating but as soon as we did meet it was so not intimidating. She’s so easy to talk to, she’s easy to throw ideas around with, and so open-minded to ideas and open to collaborating. It was pretty great.

Where do you begin? We have this superb character arc with Ally. How do you lift her persona from page to costume?

I think it’s something I do in all movies and think about, but this I thought about more than any I’ve done. Her character really has some specific beats in her arc where she’s starting out, she’s a struggling musician. She isn’t a professional musician at this point. She has a hobby at the drag club. She’s still writing, she’s still an artist and in that particular beat, I think we wanted to relate to so many artists out there. How many extremely artists are out there that are extremely talented and doing it themselves in their corner and among their friends? We wanted that to feel as basic and as normal as we could in that first beat.

We continue with the beats. Ally meets Jackson and he brings her on the stage and she starts to go on tour with him and there’s the idea that she’s starting to shop in thrift shops along the way and she’s getting off the tour bus and going into one. She’s being inspired by the crowd. She’s going to Stagecoach.

We were shooting there letting the environment inspire her. That’s where we were getting the ideas for her buttoned-up floral shirts and her embroidered one-piece white suit.

Then we go into Ally as she becomes her own pop star and that’s the next beat. There we start imagining that she’s being sent clothing. We spoke about it with her and when you’re first getting sent the clothing and being given stuff. You try looks. There’s a time of trying different looks. She has those moments.

Was that difficult to do and not recreate her?

I don’t think it was that difficult because there are so many different ways to not show Gaga. She was open to that, it was an open dialogue and we’d say, “It’s too Gaga.” And she’d ask, “Is it?” And then we’d move on. We all wanted the same thing and it was easy in that sense.

Let’s talk about seeing Ally for the first time with that black silk at the Drag bar.

Oh my God! We had a totally different outfit planned. It was more of a drag look planned for that. It was black. It’s so funny and I was laughing to myself. It was a black leotard with a crazy rhinestone pattern all over it with fishnet stockings. It was more like she was doing her version of drag. I think this was her way and we realized right before shooting that we didn’t need Ally to fit in drag. She’s the only woman doing her drag version and it was fine to let her be a character.

What about the Grammys outfit?

That was the belle of the ball outfit. Thank you Lady Gaga for having amazing relationships with amazing designers. I have some sketches that I had sent to some designers giving a vibe and a silhouette explained that we wanted something timeless and elegant.

It’s something we tried hard to do with the movie, maintain that timelessness. We didn’t want to recreate any specific modern on-the-nose pop star.

I think that’s why we landed on the gold dress. It was big, beautiful and something that stole the show.

What about creating Jackson’s look?

For him, we definitely were letting his music guide us as we were designing costumes. When we had our first fitting, I had put Bradley in a pair of leather pants and a really wild Western shirt and some crazy Western boots. We were trying a Jim Morrison vibe, but we came around because that wasn’t really his music.

It’s one of the things I’m so proud of. I love doing menswear to find that thing where a man is extremely sexy but looks effortless. It’s my favorite thing on a man. We could have gone rockstar. He had been there and done that. He was able to find his own voice. We found things where he had a uniform. He wouldn’t have tried to change it up. The idea with him was he was consistent with his clothing.

He had his performance shirt. I found a button down shirt from the 70s that I loved, but I didn’t like the collar so I changed that. I changed the body a bit. It was a super-curated look. It looks like we went to a store and bought it, but it was all handmade.

What about the cowboy hat?

We tried on 150 cowboy hats a million and two times. You would laugh at us if you knew how many times we tried it on. We built them after we found them. We were just trying them on. It’s not just about the head and the fit.

Did you create all her costumes?

I created several of them. The white jumpsuit she wears at the beginning.

Yes. That. I made that. The final blue dress I made.

Talk about that jumpsuit.

We found a silhouette that looked great on her. It was a wide-legged pant and a fitted upper body. I followed that straight line pant leg. It skims her body and it’s fitted at the shoulders. We embellished it and it was simple. It had a 70s vibe to it, but it was modern and timeless. 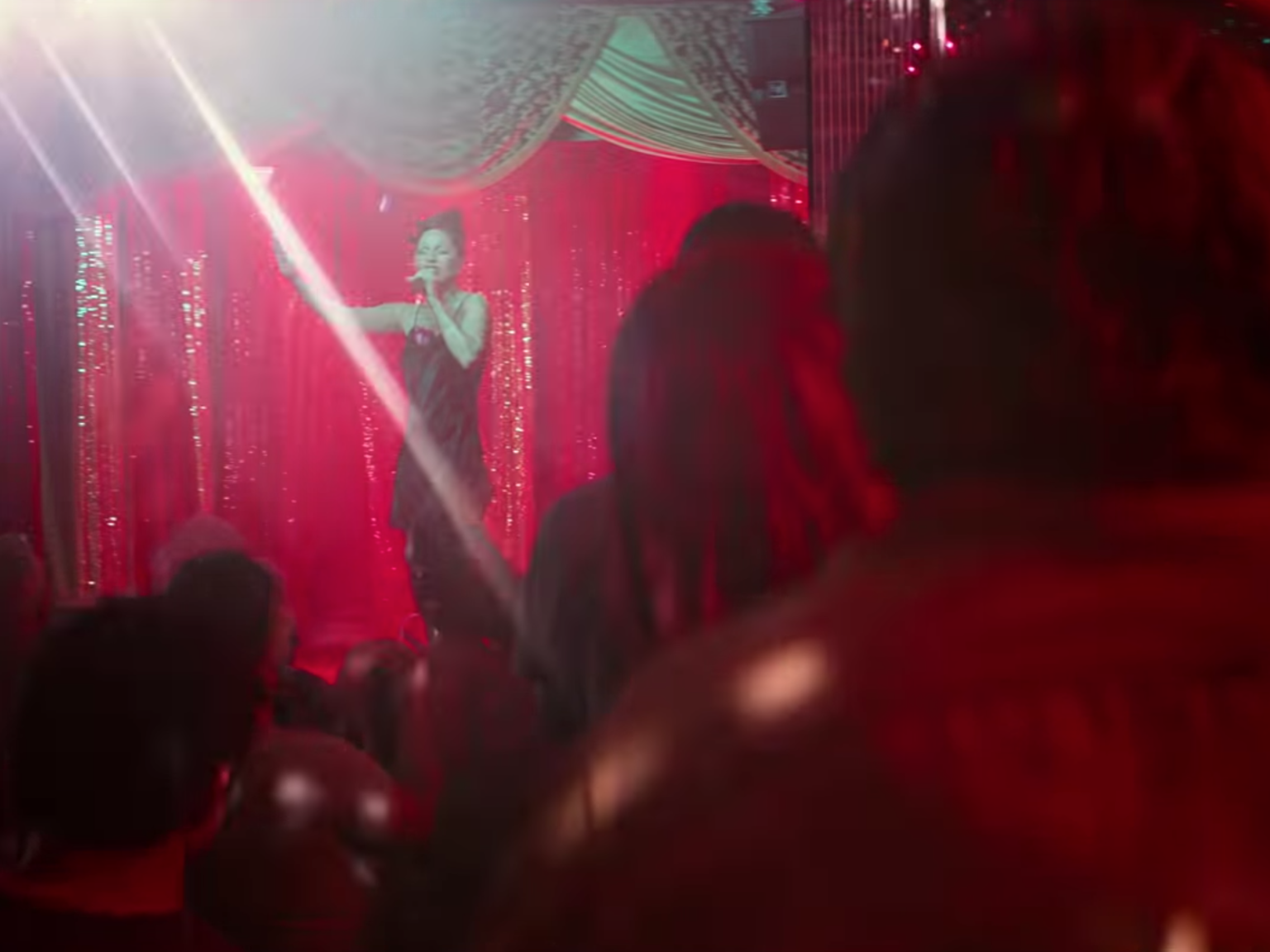 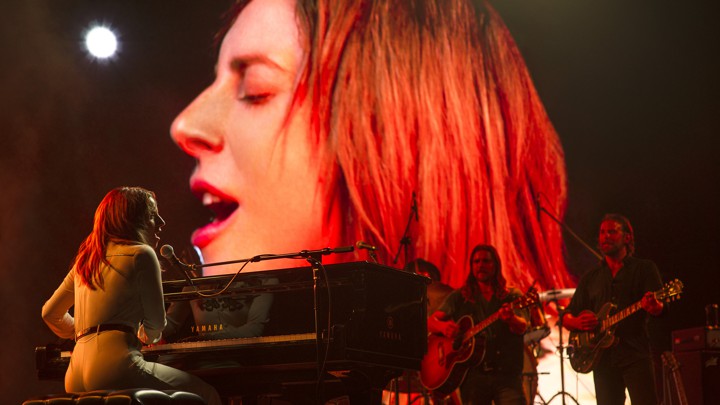