Review: There Are Concert Films, and There’s Beyoncé!

When Beyoncé took to the Coachella stage in 2018 it was a historical game-changer. Beyoncé was the first African-American female to headline the festival. Fans had waited a year for this performance and it was worth every second watching as Coachella became Beychella as Beyoncé gave a career-defining performance.

Whether you watched it or not, you knew about it and thanks to Netflix, you get to experience Homecoming: A Film By Beyoncé  in all its spectacular glory.

Homecoming: A Film By Beyoncé opens as Beyonce takes to the stage, her sparkling cape adorned with sequins. She is dressed as Nefertiti. A Queen. Royalty. With over 100 dancers, singers, musicians and a drumline onstage, fans who have been waiting for this moment scream with sheer joy. The horn section plays Crazy In Love and it’s a breathtaking moment. It’s a moment of awe where you realize history and art combine for what is one of the greatest festival sets of all time. Make no mistake about it Homecoming: A Film By Beyoncé technically and artistically redefines the concert film experience.

After a grand opening and a look at the slick choreography, we’re pulled in backstage to eight months earlier, when it started coming together – the marching bands, the dancing, and Beyonce herself as she starts to craft this spectacle.

There are no talking heads in Homecoming, rather a voiceover from Beyoncé as she walks us through the off-camera clips .

Cut to another performance – another one of her hits. The sound design is theatrically astounding. The drumline, the horn section, the marching band on the pyramid rafters beats in your soul.

The documentary gets intimate behind the scenes – we see personal moments as she gets an ultrasound during her pregnancy. In another, she talks about weighing 218lbs during labor, cut to rehearsal and a heartfelt moment talking about sacrifice.

It’s something as fans and admirers that we always take for granted, on stage, we’re watching these vibrant moments from performers and artists, screaming for more. We’re unaware.
“Choreography is about feeling,” Beyonce says, but she’s feeling that she just wants to be with her children. It’s a sacrifice that she reminds us of and she strikes. The authenticity of her struggle between performing and motherhood is a powerful one.

In Homecoming, Beyoncé tells a story. She tells a story of motherhood and artistry. She celebrates womanhood. She uses voiceover from Maya Angelou and Alice Walker. She pays great tribute to the historically black colleges and universities. She pays homage to African-American culture. It’s an important lesson, an important watch, her story will define this generation for years to come. The creation of this performance which goes down in history and forever changed Coachella has been documented for all to experience and IT IS an experience. IT IS a celebration.

It’s a moment to watch with sheer admiration, the dedication, the spectacular energy, the phenomenal choreography come to life in Homecoming: A Film By Beyoncé. While many concert films keep us at bay,  Homecoming: A Film By Beyoncé pulls us in, intoxicating us with the electricity. It is a live performance and concert film that has raised the bar high.

All the hits from Girls, Crazy in Love, Formation, and Mi Gente are there. There’s the much-anticipated reunion with Destiny’s Child and a performance with husband Jay-Z. It’s a dream to watch as it transports the viewer into the heart of Beychella and the artist.

At one point, Beyoncé thanks the women who have opened the doors so she could stand at the top of her pyramid. It’s an ecstatic joy to watch this woman slay every second. We briefly hear the stories of some of the dancers and performers and what this means for them to perform on that festival stage.

History was made and thanks to Netflix, we go inside Beyoncé’s world and get to re-live Beychella.

Homecoming: A Film By Beyoncé is streaming now on Netflix https://www.netflix.com/homecoming 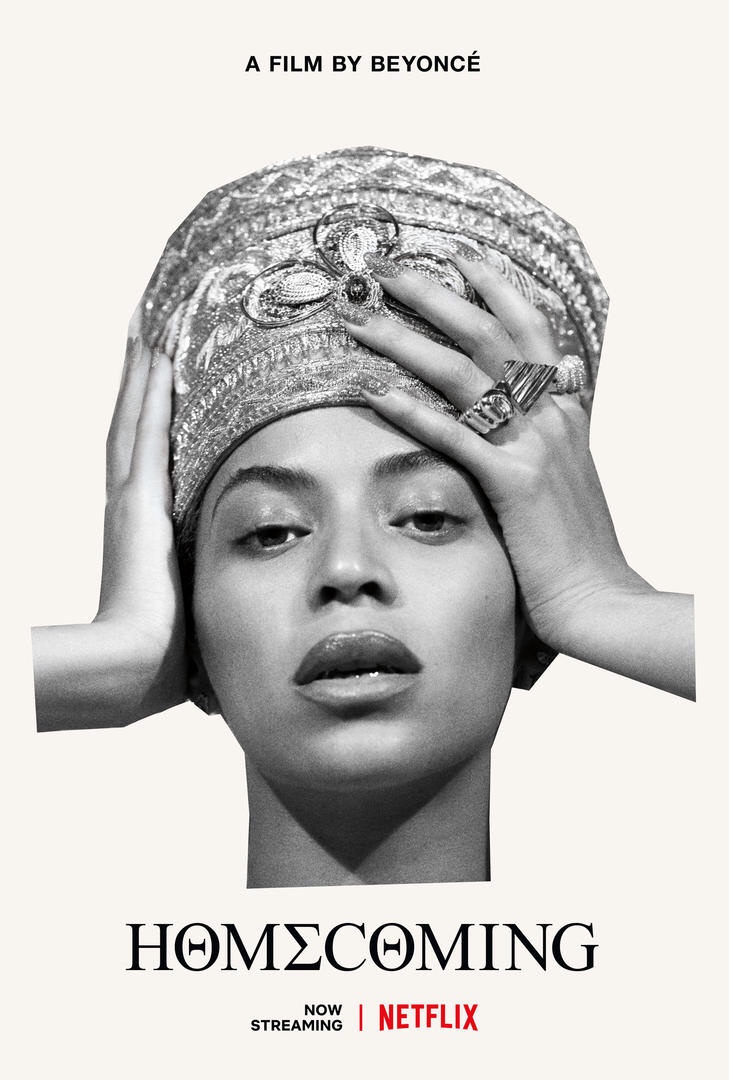