2019 Emmys: Is This Finally The Year for Bob Odenkirk or Jason Bateman to Win a Lead Actor Emmy?

In all likelihood, Outstanding Lead Actor in a Drama Series is going to see a major shakeup this year. Half of last year’s nominees (including winner Matthew Rhys) either came to an end or took the year off. On top of that there’s a long list of actors in brand new dramas hoping for their first nomination.

The early narrative seems to entirely focused around Jason Bateman and Bob Odenkirk, two actors who have been waiting year after year to finally win. Both Ozark and Better Call Saul have proven to be popular both at the Emmys as well as at the guild awards. But it’s been six years since someone not from a first or final season has won the category. With the newer simplified voting just how hard is it for an actor in the middle of a show’s run to pick up momentum?

This year Kit Harington seems to be the only possibility from a show in its final season and who knows, maybe Game of Thrones will begin a massive sweep? On the other hand there are a lot of actors in new dramas hoping to stand out including Billy Porter, Richard Madden, John Krasinkski, and Stephan James. Are they being underestimated ?

After winning the SAG award Jason Bateman seems like the one to beat at the 2019 Emmys. In its sophomore season Ozark has become quite the sleeper hit for Netflix, and Bateman himself has been the face of that success both in front and behind the camera. On top of starring in the family crime drama, he also serves as an executive producer and has directed six episodes (even earning Emmy and DGA nominations). Bateman has had a long career in television starting all the way back with Little House on the Prairie, and the industry desperately wants to celebrate him even when he has a few hiccups in interviews.

For the past 30 years Bob Odenkirk has slowly built up a lot of goodwill and overtime 13 Emmy nominations even winning two for his writing on SNL. For his performance as Jimmy McGill he’s already been nominated for 3 Emmys, 3 Golden Globes, and 3 SAG awards making him look like an obvious frontrunner. So why hasn’t he won yet? Maybe voters aren’t as excited by a prequel or maybe it’s difficult to start momentum for a quiet character study. His performance throughout the fourth season seemed to excite critics even more than usual diving into darker material and dealing with the death of Jimmy’s brother. If the supporting cast is nominated this year it might show popularity among the actors branch leading up to a good year for Odenkirk.

Sterling K. Brown’s Randall Pearson has had a rough year. As fans of the show watched in horror his seemingly perfect marriage nearly burst into flames. For the first time the This Is Us audience saw an unlikeable side of Randall as he fought with his wife which led to the single best episode of the season. If the winners were still decided under the old system Brown would have the perfect episode. Over the course of four years he’s become one of the most beloved actors working in television and that likability might be enough to pull off another win.

In the past decade four different actors have won this category in their final season; Kyle Chandler, Bryan Cranston, Jon Hamm, and Matthew Rhys. As the only strong contender in its final season this could be great news for Kit Harington. The final season of Game of Thrones is just getting started and there’s no stopping it. Plenty of voters in the actors branch might check it off all across the board without thinking twice especially as the season focuses in on Jon Snow. The only issue is that Harington has only been nominated once before and in the supporting category. As popular as the show is will a branch of actors award a more action-heavy performance where his best scenes involve battling the dead, riding dragons, and sleeping with his onscreen aunt? 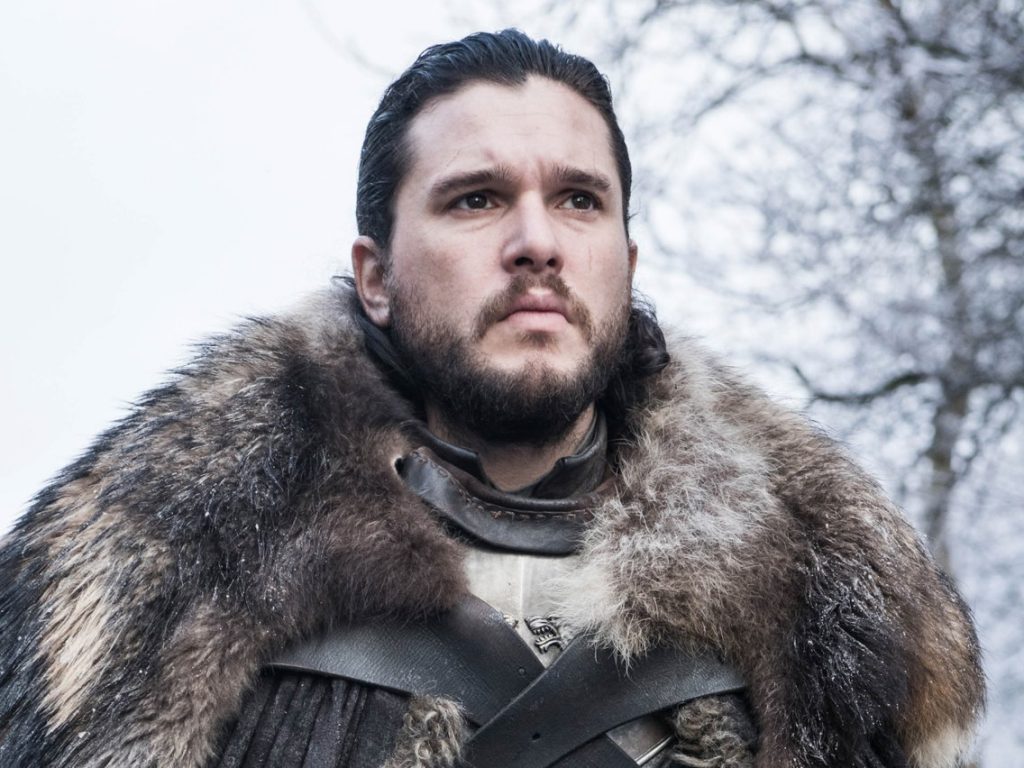 Richard Madden has had an interesting rise to international fame. After being killed off in the infamous Game of Thrones Red Wedding, he was featured in a couple of movies including Cinderella. Then he became the star of the most watched drama in UK history as the lead of Bodyguard. In the thriller Madden played a veteran turned police sergeant assigned to protect the Secretary of State, someone he strongly disagreed with in almost every way. Earlier this year he won a Golden Globe for his performance, but it’s hard to tell if the show simply appealed to a small group of foreign journalists or if the show’s popularity made it to America. One note of concern, he did not receive a BAFTA TV nomination – his costar Keeley Hawes did instead.

Heading into the Emmys the biggest question in the drama categories is whether or not voters will embrace Pose. The Ryan Murphy period piece about 80s queer ball culture was one of the most strongly reviewed new shows of 2018, but will mainstream industry voters rally behind a show about a queer subculture? One of the show’s best chances of a nomination is for its male lead, Billy Porter. The Tony and Grammy winner has already received nominations from the Golden Globes and Critics’ Choice awards for his performance as Pray Tell, the emcee that’s throughout the course of the season is diagnosed with HIV while also losing his partner to the disease. If enough voters screen the episode “Love Is The Message” where Porter has the opportunity to showcase his acting and singing capabilities he can easily be nominated.

Milo Ventimiglia has been nominated for the first two seasons of This Is Us for playing Jack, the patriarch of the Pearson family. In the first two seasons Ventimiglia has been able to stand out as a fan favorite especially as the story of the Pearson’s has focused on the two season buildup to his death. Now with the third season just ending there’s less of an argument for Ventimiglia to be considered a lead. The first half of the season was Jack heavy with a long drawn out (and arguably misguided) Vietnam storyline but his character took a backseat in the second half. He’ll likely be nominated again however NBC should seriously consider submitting him as supporting, a category he could have easily won last year.

Every once in a while an actor will have a Blockbuster success that ends up translating to success at the Emmys – the Melissa McCarthy effect. In 2018 John Krasinski had the best year of his career so far. A Quiet Place was the biggest box office success for a completely original film of the year – a film he directed, wrote, and starred in. Then in the fall his new Amazon Prime show, Jack Ryan, debuted leading to his first individual SAG nomination. The thriller became an instant success for the streaming series and it’s already been renewed through the third season. There’s a good chance Krasinksi’s popularity will lead to the first acting Emmy nomination of his career. Or will the fact that Jack Ryan isn’t really a series contender hurt his chances?

Last year Liev Schreiber was left out of the lead actor race after three consecutive nominations. Every year the same joke is made about Ray Donovan questioning who actually watches the show but the television academy clearly loves it. The first five seasons have received nine nominations across the board for acting, directing, and sound mixing proving that the audience is there. In a wide open category Schreiber might stand out with name recognition alone. He is incredibly popular among his peers with seven total nominations including multiple nominations for narration. 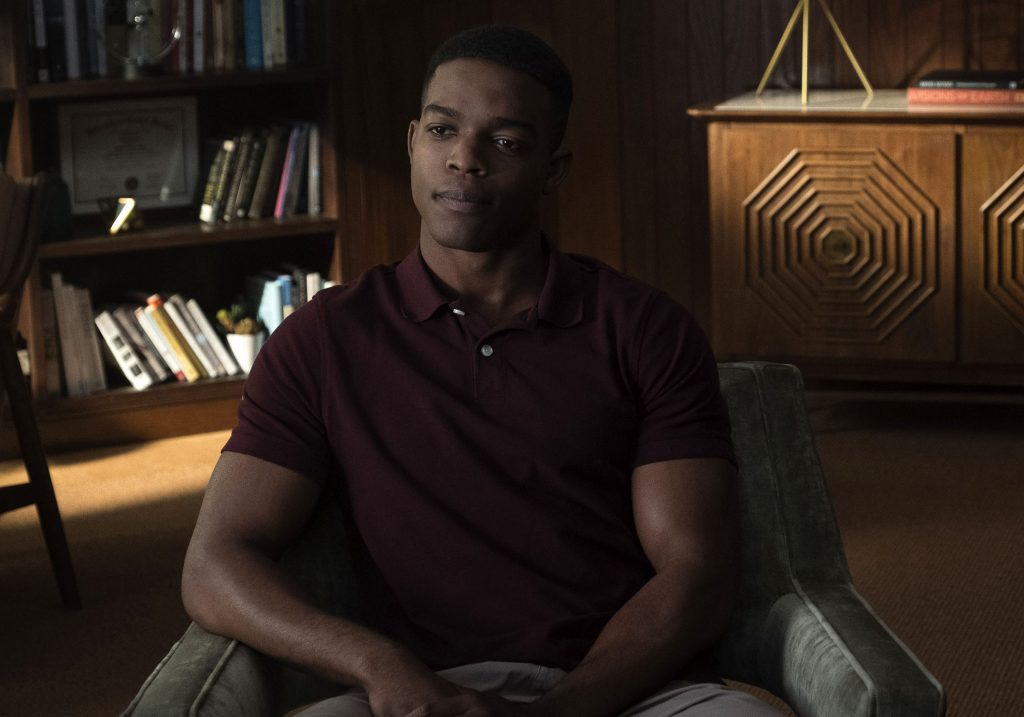 Last fall, Stephan James was the breakout star of 2018. The 26 year old actor not only received a Golden Globe nomination for his work in Homecoming but he also starred in Barry Jenkins’ If Beale Street Could Talk. James’ character, Walter Cruz, is crucial to Homecoming as the veteran we see the homecoming initiative through but he hardly as the same level of screen time as the drama’s true lead Julia Roberts. His chances would be stronger in the barren supporting category but if Emmy voters go all in for Homecoming he still might be able to stand out.

HBO’s Succession has a lot going for it that potentially will appeal to the actors branch of the television academy. The drama features a large family ensemble in a modernized version of King Lear. Fans of the show have zeroed in on the ailing patriarch played Brian Cox, who is possibly best known for his portrayal of King Lear at the RSC. HBO is also considering submitting Jeremy Strong, the eldest of four adult children, as a lead as well. This category is no stranger to double nominees – just last year HBO pulled off two lead nominations for Westworld. The only thing is we don’t know if actors branch are actually watching Succession. The drama was nominated for several guild awards but was completely forgotten by SAG voters.