Emmys FYC: The Cast of ‘Better Things’ Celebrate Pamela Adlon as an Essential and Refreshing Voice in TV Comedy

Over the past couple of years comedy has been revolutionized by a newer form of “auteur” comedy.  Pamela Adlon has been at the forefront of that first as a producer and writer on Louie and then with her own passion project on FX’s Emmy and Golden Globe nominated Better Things. Adlon has already been nominated twice for her performance on the show and now in its third season the cast and crew are hoping to highlight their growth over the years.

Throughout the third season we watch as Sam becomes the leader and mother on a volatile set, come to terms with her aging mother, and deal with ongoing attraction and resentment towards her ex-husband. At the same time the third season comes at a pivotal time for Sam’s three daughters. Adlon herself categorized these moments in the Fox family as small milestones that stem from mistakes that become opportunities whether its sending her oldest daughter off to college across the country, confronting her complicated and inappropriate sexual fantasies with her ex-husband, or getting a colonoscopy.

Adlon emphasized that the tone of her show doesn’t perfectly fit into the world of comedy or drama. Calling back to an earlier episode in the season she highlighted that Better Things at its most relatable is celebrating that everyone has a unique voice that deserves to be heard. “You could sit there and hear a poem by a different kid from every high school around the world and it’s always different. Everyone has a different story and every story is fascinating. That is what I think is the special secret sauce.”

One of the most refreshing aspects about the show’s ensemble is their natural family dynamic both on and off the screen. That dynamic begins at the top with their love and admiration for Pamela Adlon and every single actor was quick to praise her caring leadership. Everyone repeatedly praised the supportive environment Adlon prioritizes. Rebecca Metz has been with the show from the beginning as Sam’s friend Tressa and singled out the Better Things set as her favorite part of her year. “Coming back and working with Pamela is the best part of my year. It’s a dream set and she’s an amazing boss.”

Time and time again the cast of Better Things emphasized Adlon’s identity as a mom as something that emphasizes her success as a showrunner and being able to create a safer artistic environment. Jen Richards (as Sam’s friend Jaia) event went as far as to say that Adlon completely subverts what it means to be an auteur. “Pamela is a revelation. There is this lie that auteur style directors are expected to be some sort of tyrants. She is a mom on set. She is unfailingly kind and connects with everyone on set no matter their status.”

That lack of an ego on set has benefited the artistic freedom on set in more ways than one and opened up a bigger dialogue among castmembers. Metz herself praised the openness of the set and Adlon’s willingness to hear every idea big or small. “When have any of us worked on a show where when a scene isn’t working we can take the time to have a conversation and brainstorm to improve it. Pamela isn’t threatened by us having ideas  and it makes the show even more special.” 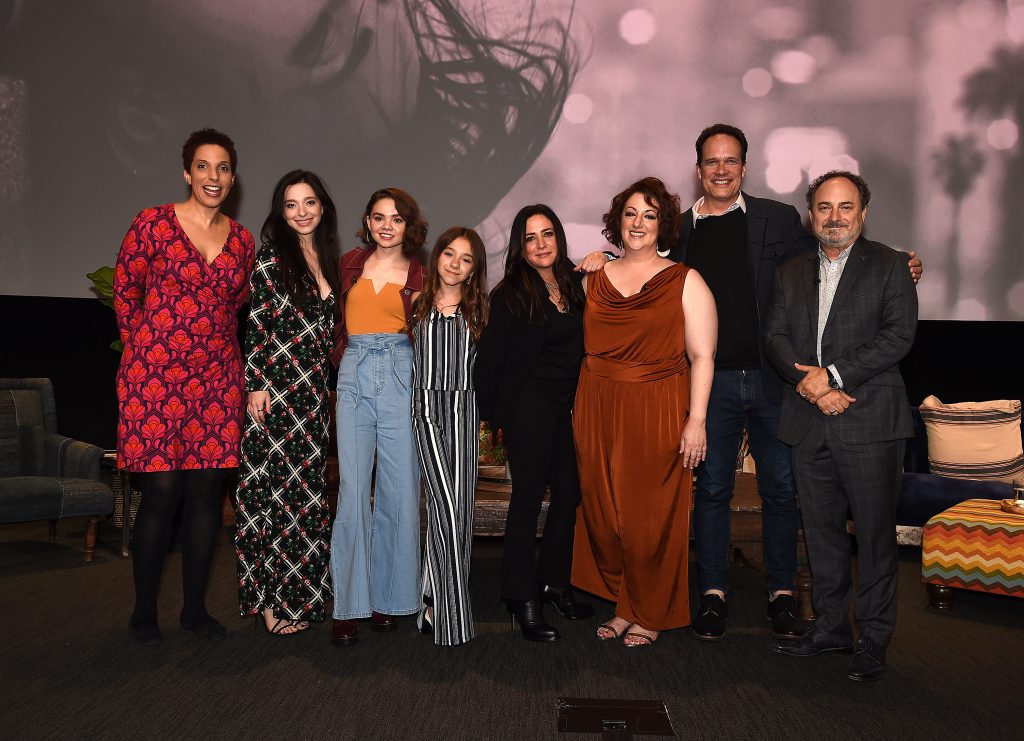 Auteur comedy is a sub-genre that has become the forefront of comedic television but until recently mainly men have been given these opportunities to helm their own shows. Adlon’s take on what seems like everyday life may not feel revolutionary but as co-star Rebecca Metz pointed out Adlon’s writing stands out to and represents a wide audience excited to have their experiences put to screen. “From the first scene of the season where she is trying on her clothes and exposing her body  and looking at parts of herself that don’t look the same or fit the same. That scene small but it is revolutionary. The flood of women on social media who related to that intimate private moment was incredible. She has a way of writing these intimate private moments that she exposes in a way that is funny and caring and non-judgy. She tells the truth in a way that others are not. People are hungry for that.”