Five Questions With… The Newton Brothers, Composers of ‘Hill House’

Last fall, Netflix’s The Haunting of Hill House terrified viewers with its intense haunted house atmosphere and more than a few shocking jump scares. Director Mike Flanagan smartly merged an updated take on Shirley Jackson’s 1959 source novel with a more modern dramatic take on a troubled American family. Consider it a horror version of This Is Us. One that nearly makes you lose control of all of your faculties.

Accompanying the gorgeous Gothic setting is the beautifully minimalist score by frequent Flanagan collaborators The Newton Brothers – Andy Grush and Taylor Newton Stewart. Their sixth collaboration with Flanagan, The Haunting of Hill House eschews the traditional horror score tropes and underscores the isolation and fragile mental state of its main characters. Its success is largely attributed to the symbiotic working relationship of the Newton Brothers. Through their tight collaboration, they share notes on motifs, suggest various instruments to better reflect the theme of the moment, and give honest feedback when something isn’t working. The brilliant score reflects their enviable partnership. One that we hope continues as The Haunting heads into Season 2, Bly Manor from the Henry James novel The Turn of the Screw. 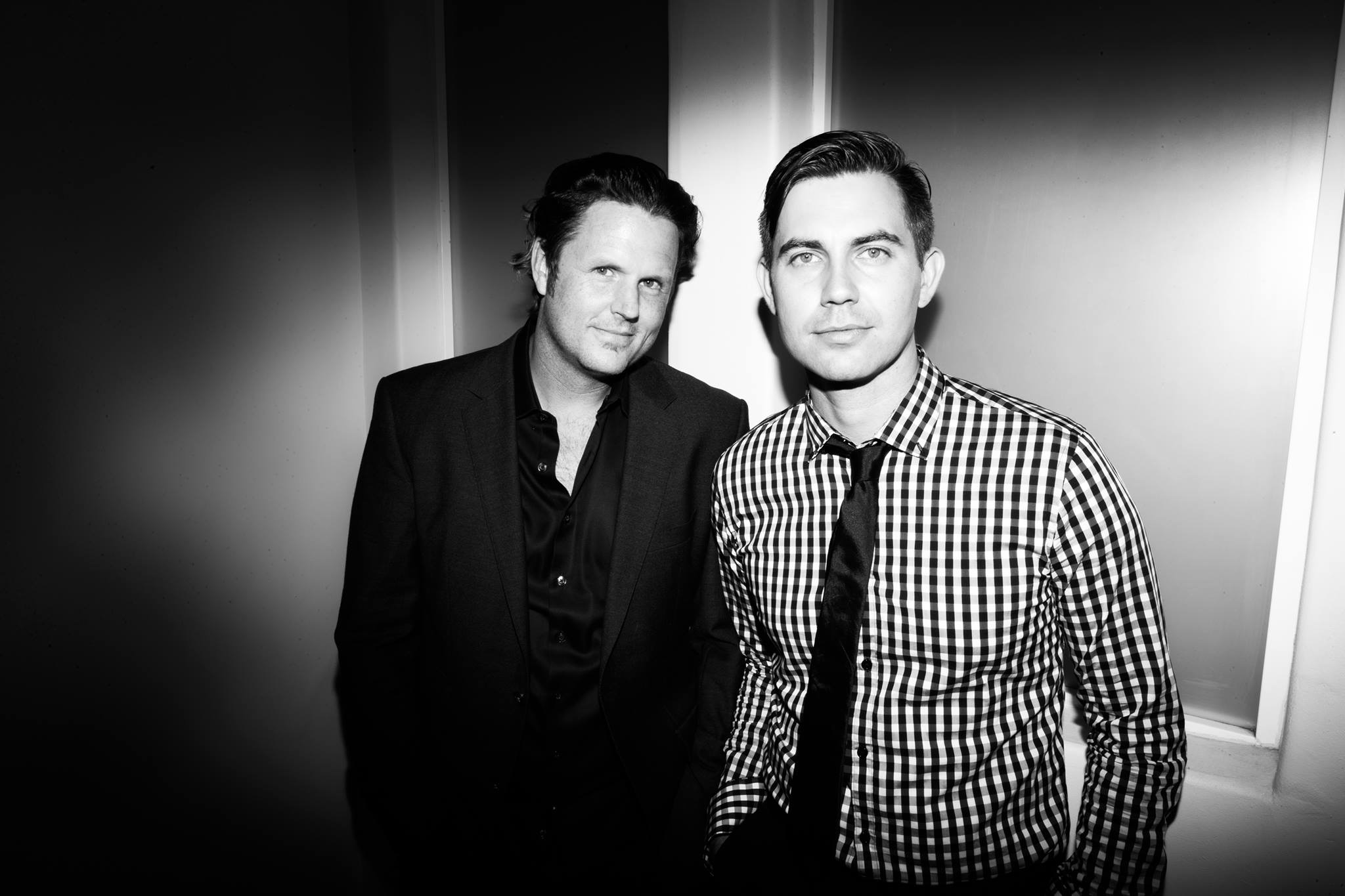 Awards Daily poses five questions to the Newton Brothers about working with Flanagan, about their inspirations, and about scoring a modern horror classic.

Your work on The Haunting of Hill House continues your partnership with Mike Flanagan. What about Mike’s vision as a director meshes with your sonic style so well?

Andy: I think it’s storytelling. He’s really all about the story, the arc of the characters within the story. That lines up well with music and score. I think with scoring, you’re looking to find what the story is and what the emotion is and how it drives and beats. He’s constantly preparing the idea of the story from Day 1 even before he’s shooting. He’s laying out in his head how it will all be filmed and edited. We respond to that same focus on emotionality. A lot of the projects he’s done are labelled “horror projects,” but all of them have a basis in emotional connection or heroism or a tattered love tale that are steeped in scary moments with ghosts or things from the past. We really connect well with those stories and placement with music.

In Hill House, you’re presented with one of the great cinematic tropes in American culture – the haunted house. What did you immediately think about using when he approached you with scoring duties?

Taylor: I think just based off the book and the general conversations we had, we knew it would have a “mist,” a feeling of ether, that goes throughout the story. I wasn’t sure about that until I saw actual footage. It definitely had that. So, sonically, that’s what we were thinking about – the kind of atmosphere that a haunted house would create. Mike brought emotion to the story, so we didn’t want the music to overpower that. That’s the approach we took with this material.

What are some of your influences in the horror/thriller genre?

Andy: On the music side, there are so many. I know early on when I had a paper route growing up in Pasadena, I would come home and watch Alien and Aliens on VHS. I wore that tape out because I was intrigued with how the music fit with what was playing out on screen. Even musical influences outside of horror are relevant on how they tell a story like John Williams. Taylor, you want to talk about your love affair with Bernard Herrmann?

Taylor: The thing I love about horror movies in general is that they can be wrapped in horror, but they trap you. You can start watching a horror movie, but it’s really a love story. I like that horror films can do that, and no one does that better than Bernard Herrmann. He was able to take this intrigue and mystery and wrap it up into Vertigo, which is really a love story. For me, Jerry Goldsmith, Bernard Herrmann, and the great John Williams – you can feel so much horror and fear of the unknown by just the music when it’s just a very minimal display of what’s on screen. That’s really being a master at work.

In Hill House, what are your personal favorite motifs or themes you’ve composed?

Andy: By the end, we spent so much time on each episode that we’d fallen in love with everything. All the themes we composed do something different and make you feel a different way. There’s a lot of lost sleep trying different melodies early on trying to get to that point.

Taylor: It’s tough. I tend to gravitate toward what I haven’t heard as much. That being said, I do really love the main titles. There a few Easter eggs hidden in the main titles. One is the seven beats. Another is the fact that there are cues that are played in themes in other places in the material. One of the lines from the book discusses the definition of insanity – doing the same thing over and over but expecting different results. Rather than do a standard call and answer with the same notes higher up, we did a slightly altered version where it’s the same thing but altering one note at the end. It sounds so dumb, but it was our intention to make people wonder why it was the same thing but different by one note for no real reason.

Hill House is very famous for its big jumps. When you’re scoring something like that, there must be this urge to just goose the audience with the score.

Andy: Yeah, there is, but I always gravitate towards the emotion of the project. How we can pull people into the characters and make them love them and then have that character die. Then, they really feel horrified. The occasional jump scares are always fun to do as long as they’re tastefully done. [The infamous ghost in the car moment] I didn’t see coming at all. Mike Flanagan was very much, “Let’s gas this. Let’s turn it up.” As much as we wanted to frighten people, he did too.

The Haunting of Hill House currently streams on Netflix. Season 2 is anticipated in 2020.

Interview: Joanna Hogg Discusses the Personal Journey of the Souvenir