Taron Egerton as Elton John in Rocketman from Paramount Pictures.

It was a party at the ginormous Grand Théâtre Lumière this morning as Bennie and the Jets, Tiny Dancer, The Bitch Is Back et al. blasted from sky-high speakers surrounding the 2,300+ audience members, sending us down memory lane to revisit the life of one of the most extraordinary musicians of our time. Dexter Fletcher’s ROCKETMAN, screening out of competition, is one of the few big-budget Hollywood star vehicles that Cannes was able to secure this year. As always it’s a little disorienting at first to switch from auteur arthouse to popular entertainment. But, with or without subtitles, good movies are there to engage and connect. And ROCKETMAN is certainly a swell time at the cinema, might have even elicited a tear or two from this viewer.

The movie is framed around a rehab meeting where Elton John (played by Taron Egerton) shows up – in a bright orange number complete with horns and phoenix wings, no less – to talk about the demons from his past. In flashbacks we see how an emotionally distant father might have planted the seeds of little Elton’s self-worth issues later on. And while his glamorous, sharp-tongued mother Sheila (Bryce Dallas Howard) is more involved in Elton’s upbringing, she hardly looks like the loving maternal figure one would wish for.

Meeting his creative partner Bernie Taupin (Jamie Bell) finally gives Elton his big break and helps land him his first gig in the States, where his star quickly skyrocketed. But despite/because of the fame and fortune, the biggest recording artist on the planet continues to struggle with his closed homosexuality, an abusive relationship with business manager John Reid (Richard Madden), and severe alcohol/drug addiction. Through a series of musical numbers, each reflecting the singer’s state of mind at the time, we get to see a life pieced together by wild successes and tremendous heartbreaks.

ROCKETMAN features rousing sing-and-dance numbers from the legendary Elton John playlist. As with some of the truly great, impactful artists, we tend to forget how their work has accompanied, shaped, defined our collective memory. It’s when the first bars of Your Song or Candle in the Wind drop that you realize with a start how this man with the outrageous costumes and over-the-top persona has been a part of your life’s soundtrack forever. The movie not only does a fine job in finding the emotionally and narratively meaningful moments for the songs, but also reminds you what power lies in the magical combination of music and lyrics itself.

In the case of Your Song, it is used in the film as a declaration of innocent, unrequited love Elton has for Bernie. Put in such context, the purity and enormity of affection barely contained by the words that otherwise might seem a bit cheesy pierces your heart instead. 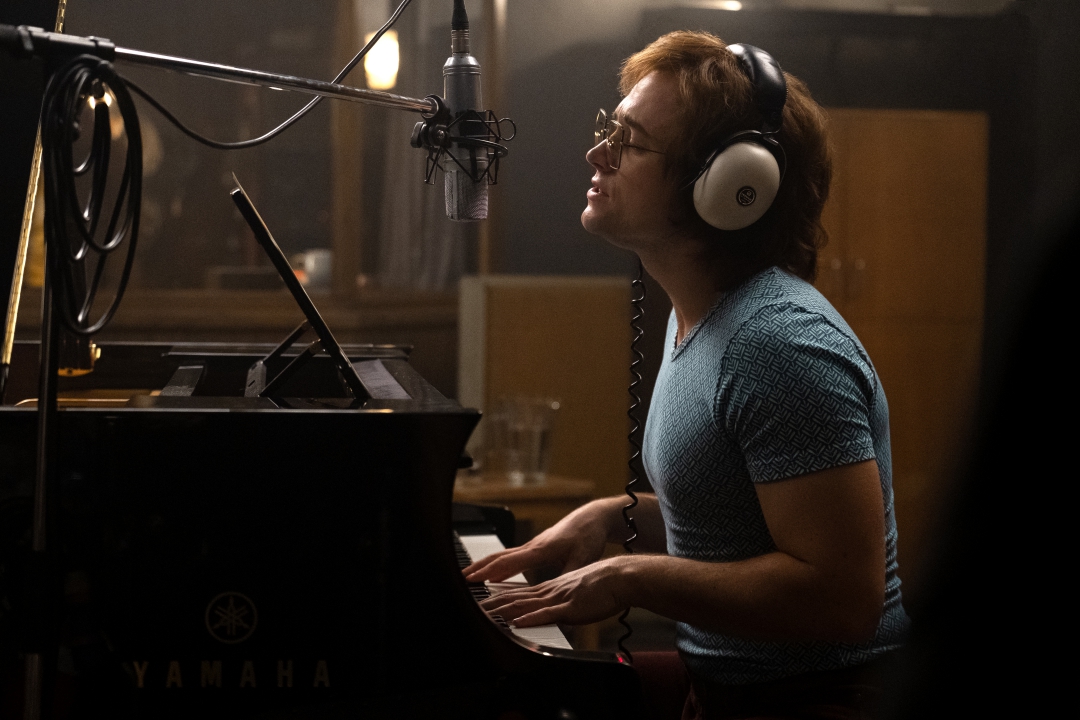 Egerton is on fire playing the rock’n’roll icon. If the movie starts off on a rather somber note with the cheerless childhood flashbacks, Egerton brings that badly needed jolt of energy to the screen when young Elton grows into teenage Elton during Saturday Night’s Alright (for Fighting). Fabulously arranged and performed, featuring a massive group of dancers jiving through multiple eye-popping sets, it’s probably my favorite musical interlude and showcases the kind of dazzling spectacle only the Hollywood machine is able to put together.

However different they are, I appreciate films that in some way remind us there’s a story behind every face you see, and that none of them is ever easy. Late last night, two-time Palme d’Or winner Ken Loach premiered his new film SORRY WE MISSED YOU, which depicts the many hardships faced by a working-class father of two trying to make ends meet as a parcel deliveryman. At one point his boss says to him that nobody cares about his problems. The only thing that matters to their customers is the package gets delivered on time, not a thought will be spared as to why the delivery guy may have trouble making that happen. As harsh as that sounds, it’s also very true, isn’t it? It’s true the same way that we rarely pause to consider what sorrows or misfortune a multi-millionaire rock star may have to contend with – until we hear their story. And this is, for me, what ultimately makes a movie count, whether it’s an austere social drama or a lavishly staged musical extravaganza.

Over at the official sidebar Un Certain Regard, American writer/director/actor Michael Angelo Covino served up his observations on the Homo sapiens with his feature directorial debut THE CLIMB, in which male friendship in its many forms – from sweet, brotherly camaraderie to toxic acts of sabotage – is dissected and ruthlessly made fun of.

Written by Covino and Kyle Marvin and starring themselves as Mike and Kyle, the film follows two lifelong buddies as their relationship changes following Mike’s admission that he has slept with Kyle’s fiancée shortly before the wedding. The admission, which basically makes up the film’s first chapter, is done in one long shot as both men bike down, then up a mountain trail. It’s a hilarious scene where the writing and framing come together beautifully to hit the comedy sweet spot despite significant logistical challenges.

In subsequent chapters, we see the guys drift apart and back together again. Family and partners will be involved, revealing with each new development the unique, damaging, irreplaceable bond shared by two men who probably know each other too well for their own good.

The film’s humor is biting, sometimes downright nasty as it scratches at the most awkward parts of human interactions with obvious glee. In this sense, it reminds me of Palme d’Or winner Ruben Östlund’s FORCE MAJEURE (itself a Cannes UCR title back in 2014), which is high praise in my book. Although THE CLIMB ultimately doesn’t quite reach the heights of that devilish gem of a movie (English-language remake starring Will Ferrell and Julia Louis-Dreyfus upcoming), it shows enough promise for you to get excited for a new, dynamic comedic duo in town.