Two of the most eagerly anticipated titles at the 72nd Cannes Film Festival premiered today and I’m happy to report that, as different as they are, both delivered the goods – big time. After winning the Palme d’Or ten years ago, legendary filmmaker Terrence Malick gets back in the ring with A HIDDEN LIFE, a ruminative, deeply spiritual biopic about Austrian conscientious objector Franz Jägerstätter (soulfully portrayed by August Diehl), who refused to pledge his allegiance to Hitler during the Second World War.

The biopic label actually feels somewhat inadequate in this case. Sure, the film chronicles the life of a historical figure between 1939 and 1943. But Malick’s approach to profiling Jägerstätter is so far removed from the typical tropes of cinematic biographies to call it that seems to almost cheapen the effort.

Billed as a return to “narrative filmmaking”, A HIDDEN LIFE does boast more of a linear structure and substantial plot than, say TO THE WONDER or KNIGHT OF CUPS. We meet Jägerstätter in his hometown of St. Radegund, Austria, where he leads a life of modest, earthbound pleasures with his wife and daughters. When war and conscription reach the peaceful mountain town, young, devout, serious-minded Jägerstätter finds himself questioning the moral validity of following orders and doing something he believes to be wrong. After his family and friends unsuccessfully try to convince him to change his mind – if for their sake, not his – Jägerstätter would be sent away, imprisoned, tried, and eventually executed, his faith tested every step of the way. 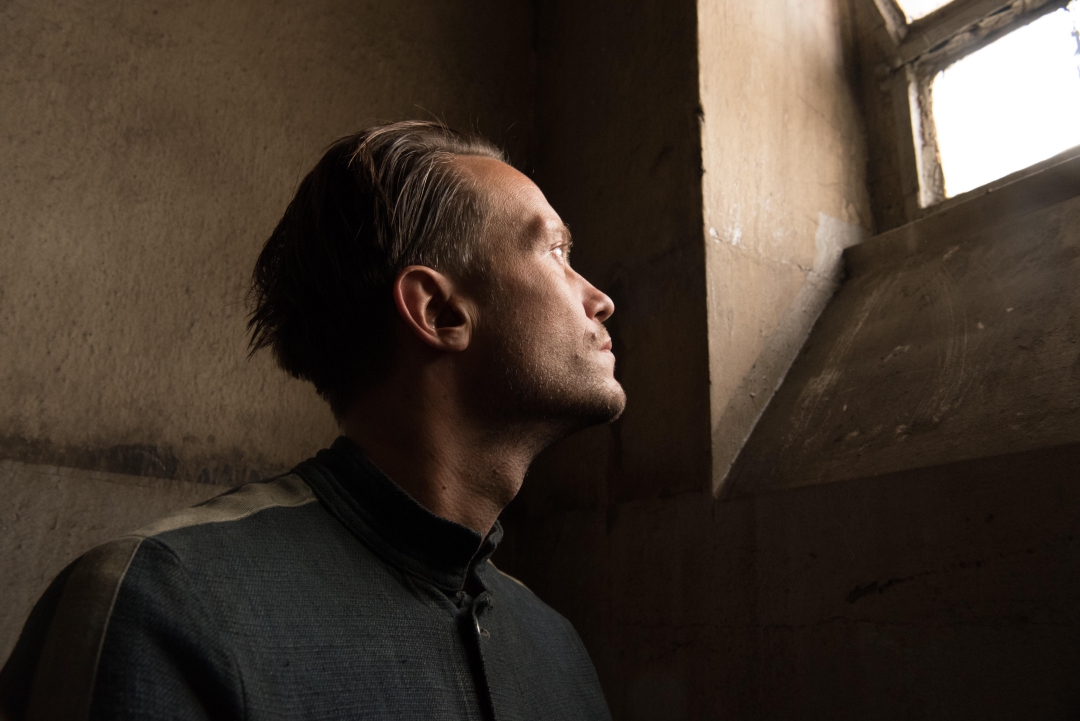 This streamlined summary notwithstanding, people need to know and mentally prepare themselves that this is still very much a Terrence Malick film – straightforward, readily digestible it ain’t. Instead of watered-down central conflicts fed through expository dialogue, Malick relies on ample shots of nature and dreamy voice-over monologues to build characters over a deliberately-paced three-hour runtime. In the process, he asks sweeping, philosophical questions and engages them with great subtlety.

Does one man’s disobedience make a difference in the scheme of things? What’s the meaning of free will and are we really free to exercise it? Is anyone to judge what’s good and what’s evil or is it all part of God’s plan? Why would God stay silent and the world keep spinning without a care in times of atrocity? I’m not a devout person and Christianity has not been part of my upbringing, but I find Malick’s inquiries intellectually challenging and emotionally resonant. Like Scorsese’s SILENCE before it, A HIDDEN LIFE’s earnest examination of man’s crisis of faith is carried by a sincere, existential pursuit that transcends religion and touches me on a human level.

The film’s technical details are uniformly excellent. Malick is a poet of moving images. Not only does he always find the most stunning natural wonders to shoot (stern mountain ridges, rich, boundless fields, misty waterfalls), he also captures them with a lyricism that’s truly enchanting. And while the repeated cutaway shots might feel indulgent in his last few films, here they help inform the viewer of the protagonists’ state of mind and provide the story about one man’s struggle with a tender, timeless context. 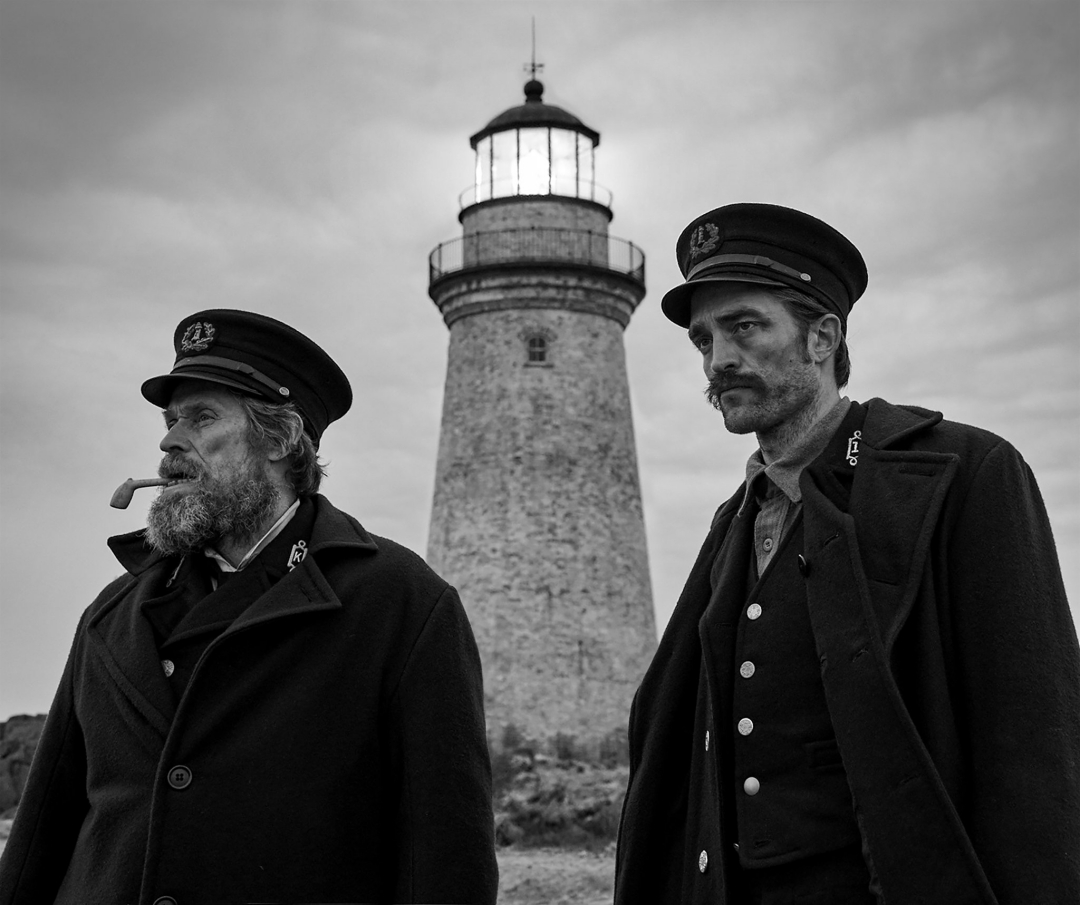 Meanwhile, over at Directors’ Fortnight I saw the most ambitious and violently impressive film of the festival so far. Robert Eggers, who broke out four years ago with his critically acclaimed feature debut THE WITCH, really beat that sophomore slump and cooked up something wild, horrific and drop-dead gorgeous that will send cinephiles everywhere into orgasmic fits.

THE LIGHTHOUSE stars Willem Dafoe and Robert Pattinson as an aging lighthouse keeper and his new underling who, in the late 1890s, arrive on a remote island for a scheduled four-week stay. The relationship between the two is contentious as the old chief habitually mistreats and demeans his young deputy. That it’s pouring and howling incessantly doesn’t make matters any better. As the storms and pent-up belligerence continue to fray the already stressed nerves of the two, secrets about them both will surface, curses and folklores will come alive and all sorts of craziness ensues.

Eggers’ vision for the film is intimate and incredibly grand at once. As a two-man show at a single, isolated location, it keeps you firmly trapped in close quarters with the same two characters and yet manages to always find new, unexpected places to go in terms of exploring the dynamics between the men and their distorted psyche under extreme circumstances. The second half of the film, which sees an increasingly unhinged Pattinson clinging desperately onto his sanity, soars to such raving mad heights it needs to be seen to be believed.

The principal crew behind THE WITCH, including DP Jarin Blaschke, production designer Craig Lathrop and composer Mark Korven, returned for the project and absolutely killed it. The art direction is superb, I especially appreciate the way they incorporate maritime legends into some of the most memorable scenes. The iconography and creature design deliver not just jump scares but trigger a deeper, inexplicable dread. Same goes for the mechanical, urgent, furiously bombastic score. Also apparently the film is shot with the same photographic equipment from that era. I don’t know how the technology works, but the images with their slightly grainy texture look intensely beautiful, creepily ancient and simply unlike anything you’ve seen.

Both actors are tremendous. Dafoe can morph from benevolence to seething evil right before your eyes and fires off long-winding monologues written with archaic seaman jargon like the boss that he is. As for Pattinson, I don’t mean to start the hyperbole, but honestly he is doing DDL-level work here. The way he inhabits this character, from the weathered look to the posture, inflection and every outburst of rage, rings true. And you have not seen someone lose control on screen like he does in a scene towards the end, when his character finally climbs to the top of the mysterious lighthouse. Blood-curdling.

To keep people’s expectations in check, THE LIGHTHOUSE is, if anything, very elevated horror. While I now count it among my all-time Cannes viewing experiences, it’ll be interesting to see how the one performs at the box office when A24 releases it later this year.