Cannes Dispatch – Portrait of a Lady on Fire / The Whistlers

Halfway through the festival, the competition is definitely heating up. So far my favorites are Almodóvar’s PAIN AND GLORY and, in a close second, Malick’s A HIDDEN LIFE, both of which I consider to be bona fide contenders for the Palme. SORRY WE MISSED YOU is well made and exceedingly well-intentioned. Personally I do not wish for Loach to win a third Palme for this, but I could see it end up being the least contentious choice, something that nobody can bring themselves to hate. LES MISÉRABLES is technically superior if thematically familiar, while ATLANTICS is less than polished but feels strikingly fresh and original. I was not so keen on the Chinese biker gang thriller THE WILD GOOSE LAKE, but it has some ardent fans here for Diao Yinan’s brutally stylish direction. And there’s BACURAU too! God, that movie weirded me out so much I’m still trying to recover.

Yesterday French director Céline Sciamma threw her hat in the ring as well with the period romance PORTRAIT OF A LADY ON FIRE, which continues her filmography of female relationships and LGBTQ subject matters. Set in late 18th century, the story is told from the perspective of painter Marianne (Noémie Merlant) who’s commissioned to travel to an isolated island and draw a portrait of young, temperamental Héloïse (Adèle Haenel).

Once there, Marianne learns of the reason for the commission from Héloïse’s mother (Valeria Golino) and why the subject herself has so far resisted having her portrait done. In the limited time they have together, the two women will form a bond that marks them for life. 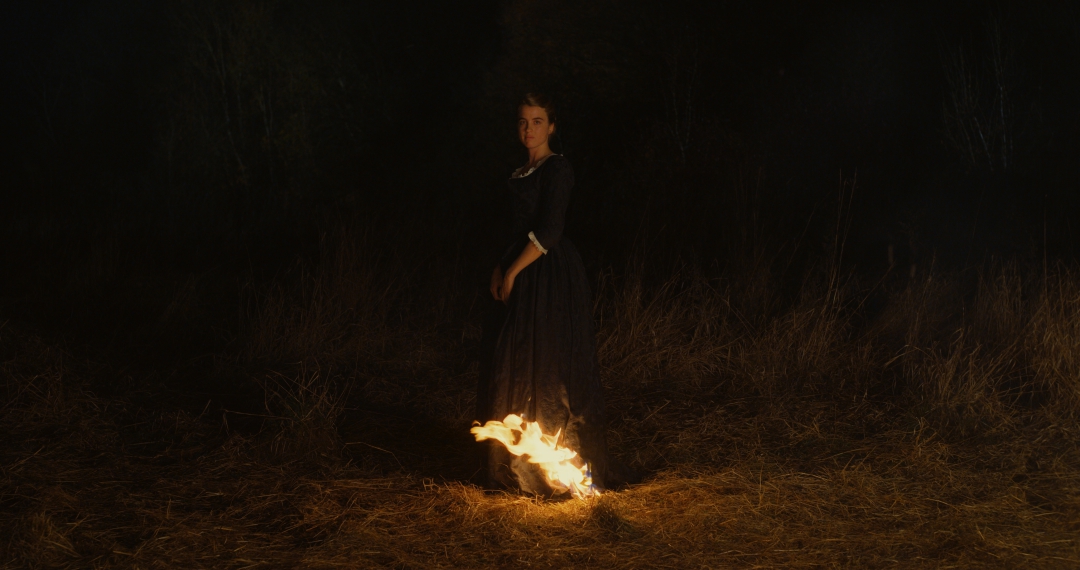 I’ve enjoyed Sciamma’s GIRLHOOD (Cannes Directors’ Fortnight 2014) and loved TOMBOY (Berlinale 2011) and WATER LILIES (Cannes Un Certain Regard 2007). Hers is a cinematic language that’s lucid, uncluttered and deeply sensitive, qualities to be found once again in PORTRAIT. The film is less plot-driven this time around. We’re basically just invited to observe how love gradually develops between the two protagonists at a time when few women had a say over their bodies or destinies. As such, it’s an altogether quiet, understated affair that only betrays the fiery emotions burning underneath at the very end.

I like the idea of reading paintings like stories, seeing how in the pre-photography age, those were the records of memories, documents of those who lived and the maps to their souls. Sciamma, ever the documentarian of the human experience, especially that which is repressed or marginalized, brilliantly attaches the film’s emotional climax to a detail on an unassuming canvas. As far as plot devices go, it’s nothing spectacular. But the simplicity of it serves all the more effectively to convey a sea of unspoken sorrow that resonates long after the credits rolled. 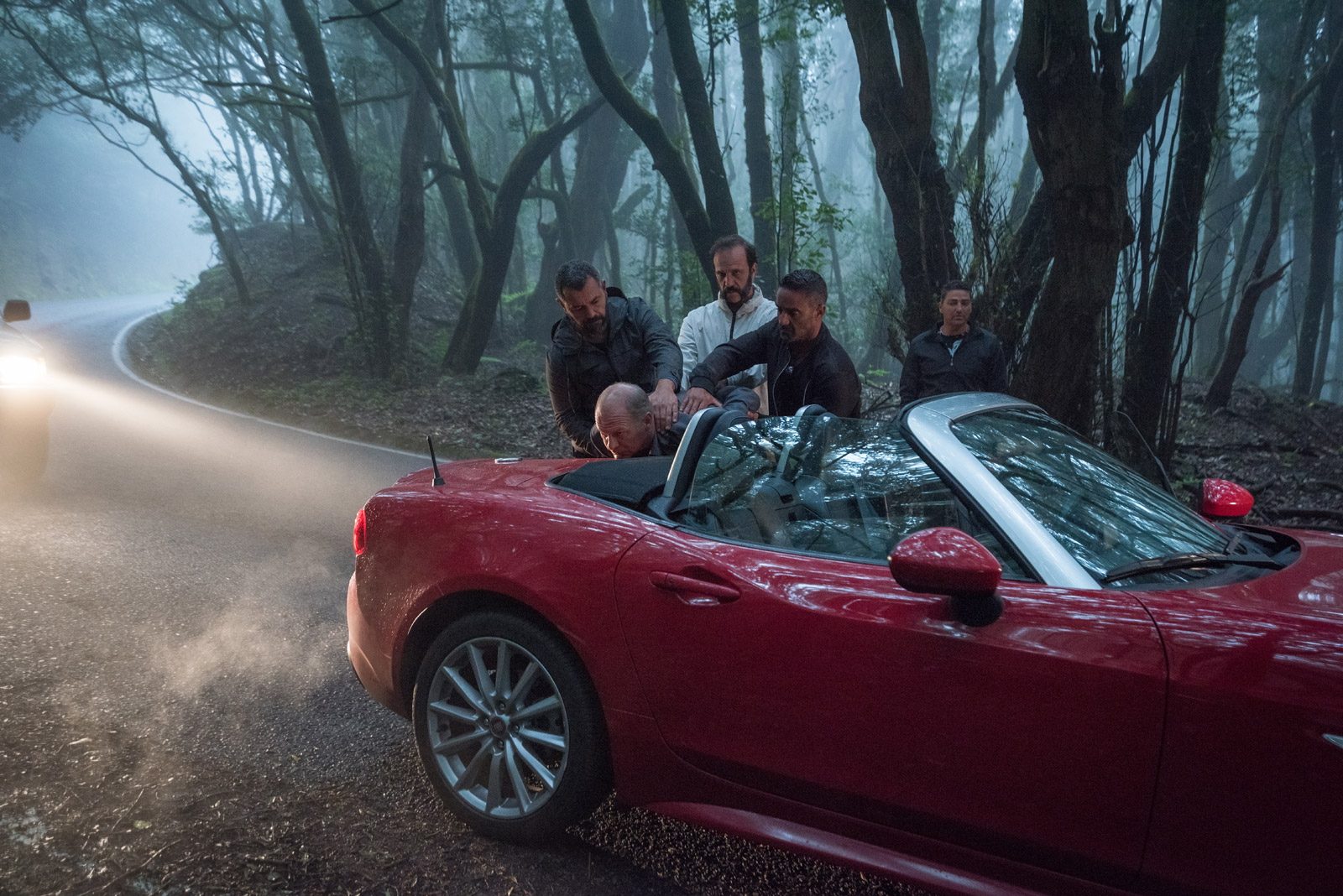 Not nearly as sorrowful is Romanian director Corneliu Porumboiu’s neurotic, wickedly entertaining caper thriller THE WHISTLERS, which also premiered in competition and should at least be in the running for a screenplay award.

As opposed to PORTRAIT, a lot of plot is packed in here, neatly divided into chapters like a fast-paced novel. First we meet Cristi (Vlad Ivanov), a police officer from Bucharest arriving at the Canary Islands to learn a whistling language invented by the indigenous people. The reason for the lessons and the intended purpose for the unusual skill will be revealed in subsequent chapters, as a large cast of characters involved in a money-laundering scheme are introduced via flashbacks and interlocking plot lines.

Porumboiu’s script is a meticulously constructed piece of work chock-full of twists and turns, secret agendas and compromised loyalties. One must pay close attention at all times just to keep up, but for those who enjoy cracking movie puzzles, it’s a hoot from start to finish. Particularly fun are those moments where plans are derailed by innocent accidents and the criminals or police must scramble to get back on track. It might all be a bit too gleefully inconsequential for awards consideration, but looking at this year’s jury, I suspect Yorgos Lanthimos at least would seriously dig this jazzy mix of oddball humor and noir-ish suspense.

Depending on how the jury feels about awarding previous winners for doing what they’ve always been good at doing (see Ken Loach), two-time Palme d’Or laureates Jean-Pierre and Luc Dardenne may also be in contention for screenwriting honors. Their latest, YOUNG AHMED, offers a chilling look at radicalization of school-age children with a tonal precision and an economy of style typical of their past work. Hard to find fault with it, if also hard to be blown away by it given what we’ve seen from them do.

In any case, the 72nd edition of the Cannes Film Festival is shaping up to be quite a competitive one. Within the next 48 hours new films by Ira Sachs, Quentin Tarantino, Bong Joon-Ho and Xavier Dolan will join the race, before the festival enters the home stretch. We’ll keep you posted.