Cannes Dispatch – Once Upon a Time… in Hollywood

Quentin Tarantino’s 9th feature premiered today in competition amid intense anticipation. Not only was the line to get into the screening epically long, the festival made the unusual move of having someone come onstage right before the movie started and ask the press audience to not reveal “anything that would prevent later audiences from experiencing the film in the same way.” I don’t see how that is possible – with any movie really – and in this particular case, I actually don’t consider ONCE UPON A TIME… IN HOLLYWOOD to be a movie that can be spoiled anyway.

The film is no THE SIXTH SENSE, THE USUAL SUSPECTS or even say ENDGAME, where the viewer’s enjoyment relates directly/heavily to a surprise revelation (is this assessment itself a spoiler?), but a fun, smooth ride that pays tribute to a place in time, to westerns and to cinema in general. To further elaborate on my thoughts on the film, specifics will be shared, so proceed at your own discretion!

The place is Hollywood and the time is 1969. Rick Dalton (Leonardo DiCaprio) has had great success as an action star but is starting to lose it due to his excessive lifestyle. His stunt double Cliff Booth (Brad Pitt), on the other hand, remains sharp as ever, holding his own even against some Asian kung fu hotshot they call Bruce. Meanwhile, Dalton’s next-door neighbor Sharon Tate (Margot Robbie) is living her tinseltown dreams, making movies and mingling with celebrities as Mrs. Polanski. As Dalton tries to get his groove back, a chance encounter would lead Booth to a cult-like commune where a group of girls live under the guidance/control of some guy named Charlie. Unbeknownst to Booth then, he will meet members of that group again on a fateful, bloody night. 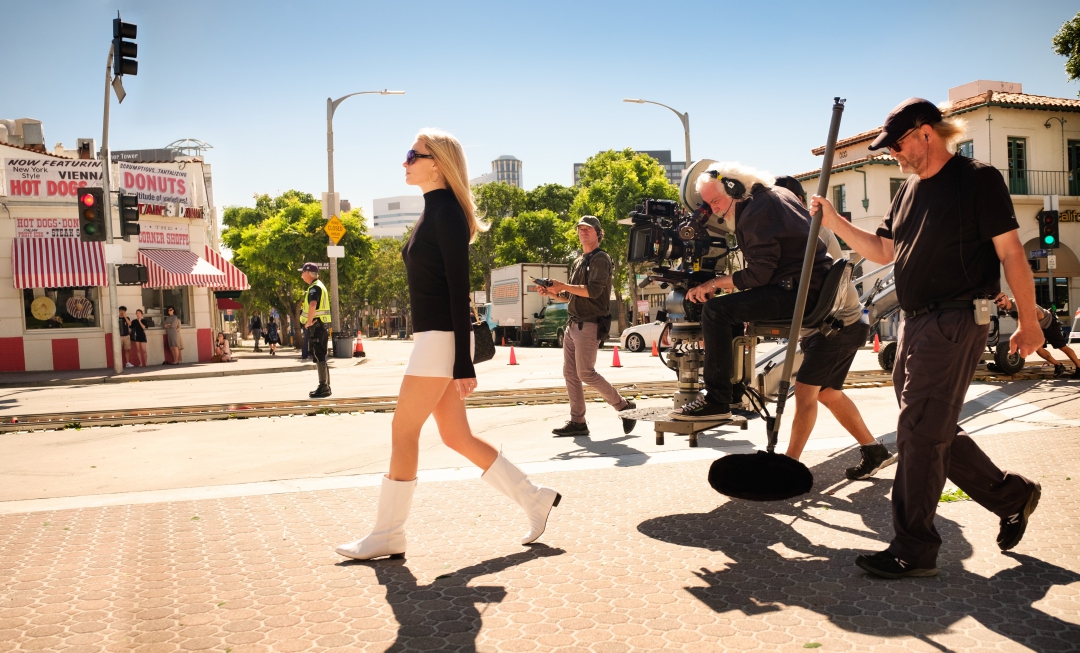 One thing of note about Tarantino’s writing this time is that it departs from the orderly chapter structure prominently featured in most of his films. The story is told in one continuous narrative with no clear milestones or change of perspective. This leaves an impression of looseness at first, as isolated scenes/incidents seem to just pile up. But at some point you realize that HOLLYWOOD is not going for the taut, comical kick of KILL BILL or the sophisticated Agatha Christie plot of THE HATEFUL EIGHT. For the most part it is simply a tribute to an era the filmmaker evidently holds dear and the retelling of what made that era special: the mythical coolness and silly tropes of the western genre, the beauty and integrity of pre-CGI stunt work, Hollywood filmmaking in the 60s including such iconic international import as Sergio Leone and Bruce Lee, etc. It’s light, it’s funny and has an innocent vibe one doesn’t normally associate with the QT brand.

Of course, being the habitual provocateur that he is, Tarantino has to shake things up just when you’re starting to get cozy. The re-imagining of the Tate murders that makes up the last half hour of the film is a brilliant idea for the third act. Not only does it shock you with a sudden burst of electrifying urgency, it manages to connect the stories of the main characters into an organic whole. Executed impeccably (including depictions of theatrical, if still very graphic violence), it also showcases Tarantino’s knack for orchestrating elaborate action sequences and, in this context, can probably be seen as further homage to the craft of stunt performers. 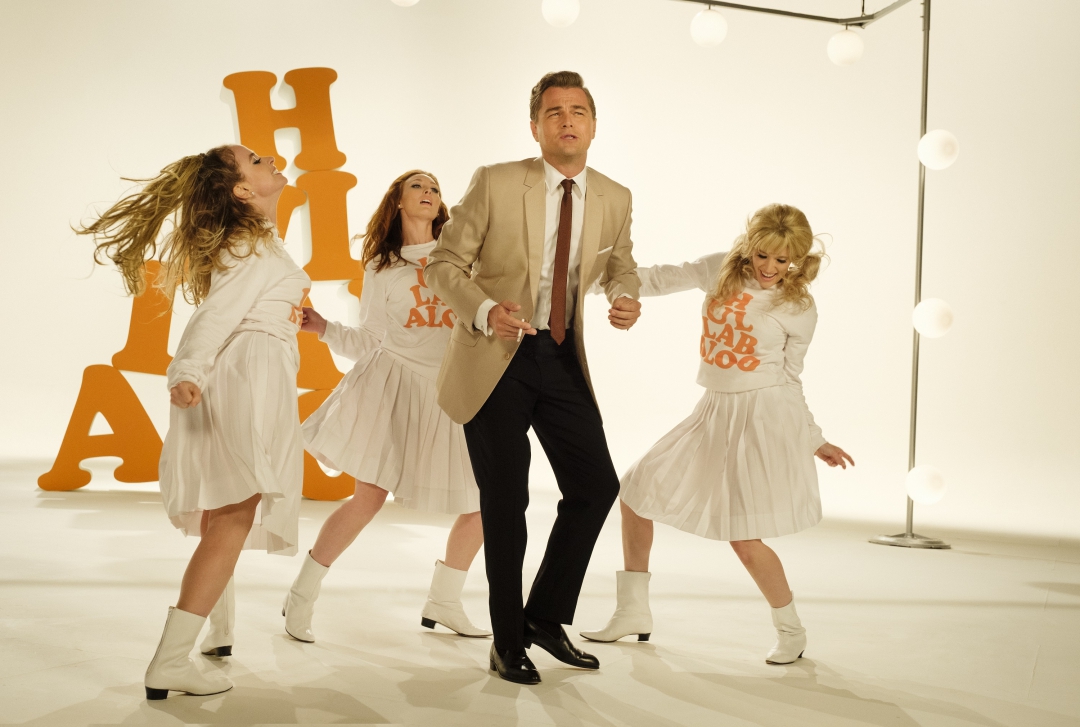 DiCaprio and Pitt are both wonderful. As the over-the-hill actor trying to stage a comeback, DiCaprio has the juicier role. His Rick Dalton is a hilarious mess, but in a memorable scene where he pulls himself together and proves he’s still got the dramatic chops, you realize just how good DiCaprio is – not only at doing good acting, but also at doing bad acting. Pitt’s Cliff Booth doesn’t have as much of an arc, but his comedic timing is immaculate. And the way he plays Booth with a trace of mischief and indefatigable good cheer adds mystery and texture to a character whose background we know little about.

For hardcore Tarantino fans, ONCE UPON A TIME… IN HOLLYWOOD might take some getting used to as it is, except for the ending, quite unlike anything he’s done before. It suggests an exciting new phase of filmmaking (we’re still hoping he backs down from that ludicrous “ten films only” vow) for one of the most beloved directors out there. To “spoil” this to recalibrate audience expectations would actually do the film good, I think.

As a side note/anecdote, I waited for two and a half hours today to make sure I could get into the screening and started chatting with my queue neighbors, two journalists from Switzerland and Japan. As I remarked that it is the 25th anniversary (to the day) of PULP FICTION’s debut in Cannes, both of them told me they were there and had waited in line in front of the Debussy theater exactly like we were doing right now. Isn’t that amazing? To be at the world premiere of PULP FICTION and, even more impressively, to attend a film festival for over two decades straight (for one of them this is the 34th trip)? Such is the appeal of Cannes I guess. An all-around stressful, often grueling experience for sure, but so addictively rewarding too it can be hard to quit when all is said and done.