You don’t necessarily expect to see Korean director Bong Joon-ho’s name included among cinematic celestials like Terrence Malick, Pedro Almodóvar, Ken Loach or Quentin Tarantino, but you know what? He has absolutely earned that place. This is the guy who made MOTHER, one of the best movie mysteries of the last decade, and SNOWPIERCER, one of the best sci-fi actioners of the last decade. Even his “lesser” works including THE HOST and OKJA are expertly crafted productions that seriously wowed. And he hit it out of the park once again with his latest tragicomic thriller PARASITE, which matches if not surpasses just about everything in competition we’ve seen so far.

Remember that silly warning about not spoiling ONCE UPON A TIME… IN HOLLYWOOD? Now this is truly a film where you wouldn’t want to give away anything beyond the basic setup. At the center of the story is an impoverished family of four. Father Ki-taek (Song Kang-ho) and mother Chung-sook (Chang Hyae Jin) are unemployed and idle around doing odd jobs to make ends meet, joined by son Ki-woo (Choi Woo-sik) and daughter Ki-jung (Park So-dam) who are both smart beyond their years but can’t afford to go to college. When Ki-woo’s buddy gets him to sub for him as English tutor of businessman Mr. Park’s daughter, he’s introduced to a world of affluence and comfort he cannot imagine. With some luck and lots of trickery, his whole family, using a variety of guises, soon follows his lead and latches onto the Park household just to make their lives a little bit easier.

Up until this point, PARASITE is a cracking laugh-out-loud comedy that builds on the endless resourcefulness of the poor and mocks the obliviousness of the gullible upper class. What happens then is too delicious to share. Suffice it to say the plot takes a sudden turn for the dark as the plan of the harmless bloodsucking family is disrupted in a most unexpected way. 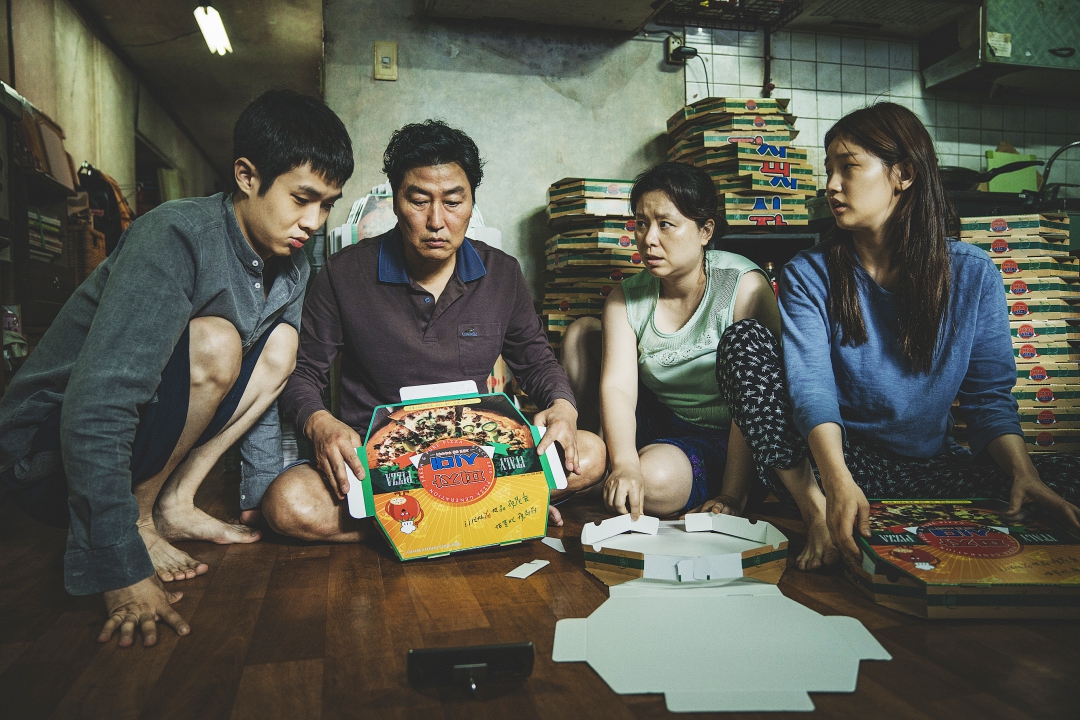 Bong writes meaty, satisfying stories and this one is no exception. The strikingly naughty premise grabs your attention from the get-go and the stakes keep getting higher twist after twist. Tightly packed and constantly surprising, this screenplay is funny, suspenseful, and heartbreaking. It features theatrically heightened situations and yet maintains a compelling plausibility throughout. Indeed, Bong’s greatest strength has always been his ability to infuse spectacular, extraordinarily constructed tales with the purest, most relatable of human emotions/impulses. As was the case with MOTHER, the high-wire thrills of PARASITE ultimately serve a moving family story at its core. And it is breathtaking to observe how Bong juggles the many different tones and themes in one, masterful piece of screenwriting.

What makes this script even more impressive is the socio-political commentary it contains. As the economy in many Asian countries boomed in the past decades, the state of wealth inequality has also become an increasingly dire issue. PARASITE offers a satirical dissection of this obscene disparity in Korea and it’s mightily sobering to watch. None of the characters in the story is really a bad person. In fact, they often genuinely try to help out one another despite the deceits and conflicts of interest. But the class divide in the post-capitalist society has led to such insurmountable, irreconcilable differences in experience they don’t just breed jealousy among people, but real desperation. In a key scene late in the film, there’s a brief, slow-motion shot that suggests what triggers Ki-taek to do what he does next, which the police never figures out. That shot says so much about what money does to people, to basic human decency, and it breaks my heart.

Speaking of that pivotal shot, the dependably fantastic Song Kang-ho not only nails the scene in question, but this complex, comic-turned-tragic role altogether. As the loving, frustrated father trying to do right by his family while playing a role in a world he does not understand, his open face is able to communicate all these concerns simultaneously going through his mind. There’s always another layer of calculation and emotional truth underneath the mask he’s putting on, ready to be revealed. His screen time is somewhat limited in this bona fide ensemble piece, otherwise, he should be considered a leading contender for the Best Actor prize. 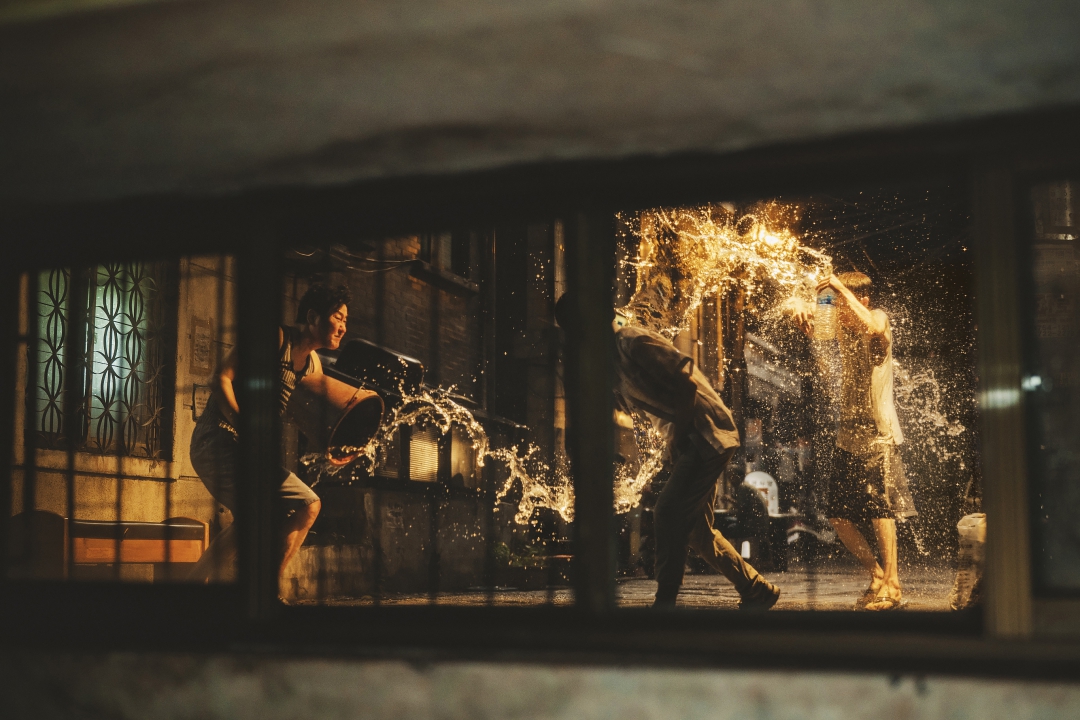 Technical details of the film are outstanding top to bottom. Hong Kyung-pyo’s cinematography and Lee Ha-jun’s production design, in particular, are tremendous achievements. Both the flooded, bug-infested, semi-basement home of the “parasite” family and the mouthwateringly beautiful luxury compound of the Parks are realized with an eye to aesthetics and narrative purpose. The visual contrast between the two brings home the point the movie tries to make in powerfully visceral ways. And the agile, articulate camerawork, aided by Yang Jinmo’s superb editing, gives the film its sprightly pace and vital pulse.

Extremely entertaining AND affecting AND meaningful, PARASITE is Bong Joon-ho showing Ken Loach how to make politically relevant movies without the spinach, and one of the very best films at Cannes72. People can probably already put it down as a major contender for the FLF Oscar next year (Korea would be foolish not to submit it). If it wins a prize this weekend (screenplay, direction, actor or any of the top three prizes all thinkable), that scenario would seem very likely indeed.

The Hive Mind Sharpens its Knives for Tarantino