All 21 films in competition at the 72nd Cannes Film Festival have now screened, and yours truly made sure to see each and every one of them – down to the last, bitter minute of Abdellatif Kechiche’s 3.5-hour twerk-fest METKOUB, MY LOVE: INTERMEZZO. The few inevitable disappointments aside, this year’s lineup proved more than solid, showcasing numerous memorably original, audacious, masterfully rendered films from around the world. If I’m being completely honest, I think it’s altogether a slight step-down from last year’s selection (a minority opinion to be sure), but definitely an improvement over Cannes70.

As per tradition, I’m offering up my entirely foolish predictions for the awards below. Tomorrow night we’ll find out how well I read the mind of this year’s jury chaired by Alejandro González Iñárritu.

Palme d’Or
Will win: PORTRAIT OF A LADY ON FIRE
Should win: PAIN AND GLORY

The way I see it, the race for the Palme d’Or comes down to these finalists:

PORTRAIT OF A LADY ON FIRE
PAIN AND GLORY
PARASITE
A HIDDEN LIFE
and… perhaps less evidently, ATLANTICS

An impressive group for sure. Terrence Malick’s A HIDDEN LIFE is technically superior and thematically grand. It features superb performances by August Diehl and Valerie Pachner, conveys a timely message about doing the right thing in times of evil. Skeptics might be allergic to the way the movie wears its heart, soul and spirit unabashedly on its sleeve, which hurts its chances. And it would be the most traditional/conservative choice from this list, which makes it less sexy.

PARASITE is an all-around amazing film. It has both arthouse aspirations and mainstream appeal and slays all competition in terms of critical support here on the ground. But of course the critics do not decide on the awards – just see how BURNING fared last year. And PARASITE, for its louder comedic tone, may not immediately look like your typical Palme d’Or winner.

PAIN AND GLORY and PORTRAIT OF A LADY ON FIRE are the two titles I see most likely to take home the coveted top prize. Although I’m a bit more reserved in my appreciation of PORTRAIT, it is widely loved by the critics and certainly is exquisitely crafted. Also, the fact that it’s directed by a woman just might tip the scale a little in its favor. This is the second year in a row I’m betting on a drought-ending female director win (the first and only time being Jane Campion for THE PIANO in 1993), let’s see if that pans out. I’ll be most happy if I’m wrong and Almodóvar finally gets it though. God knows he deserves it.

ATLANTICS is the wild-card alternative. My rationale is, the movie, for all its technical rawness, feels fresh and wildly original like few others in the lineup do. That should help it linger in the jury’s memory. Also, black female first-time feature director Mati Diop beating out established masters of cinema would be quite a groundbreaking moment.

Grand Prix
Will win: PAIN AND GLORY
Should win: PARASITE

I realize it’s unlikely that the two top prizes both go to LGBTQ films. But like I said, Céline Sciamma’s lesbian romance and Pedro Almodóvar’s cinematic memoirs strike me as the two titles most likely to do well with the jury. If that’s not the case, maybe Bong Joon-ho’s magnificent tragicomic parable can sneak in.

This is my NGNG pick. Don’t ask me to explain what’s happening in BACURAU. It’s cryptic, ultra-violent and mad as hell. Even if I don’t really get it, I can tell there’s tons to unpack, from contemporary Brazilian politics to the colonial history and racial tensions of Latin America. The execution is messy to say the least, but for whatever reason this movie stays with you, and I can’t shake the suspicion that it will not go home unrewarded. If the jury is cold on mass beheadings, however, any of the aforementioned titles or such well-made, uncontentious ones as SORRY WE MISSED YOU or IT MUST BE HEAVEN could conceivably win this. 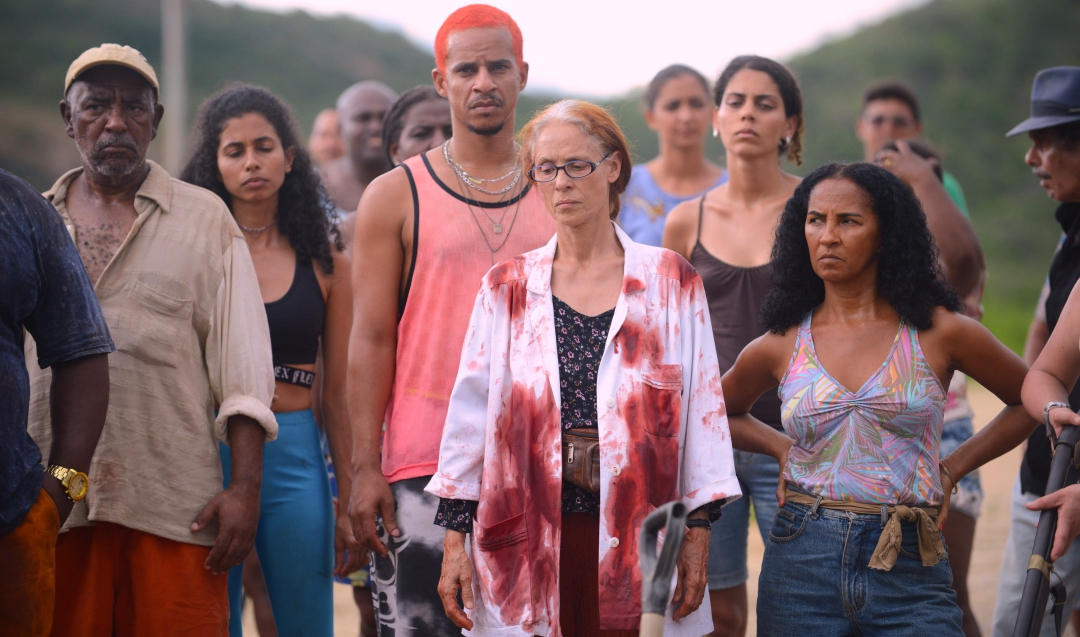 Best Actor
Will win: Leonardo DiCaprio (solo or together with Brad Pitt for ONCE UPON A TIME… IN HOLLYWOOD)
Should win: Antonio Banderas (PAIN AND GLORY)

A very competitive category this year. Banderas gets my vote but the HOLLYWOOD duo  – individually and jointly – are indeed also excellent. Then we have Pierfrancesco Favino as the controversial mafia informant Tommaso Buscetta in Italian maestro Marco Bellocchio’s decades-spanning biopic THE TRAITOR, Song Kang-ho as the leader of the gang in PARASITE, and August Diehl as conscientious objector Franz Jägerstätter in A HIDDEN LIFE. Ultimately, I can’t quite picture Tarantino’s opus leaving Cannes emptyhanded, and this is in my mind the likeliest place it will be awarded.

As for the actresses, the competition feels less intense. A slew of young French actresses will be in contention: Adèle Haenel and Noémie Merlant for PORTRAIT OF A LADY ON FIRE (which I’m predicting to win the Palme, hence not allowed to win any other prizes according to festival rules), Léa Seydoux and Sara Forestier for OH MERCY (strong performances in a less liked film), Virginie Efira and Adèle Exarchopoulos for SIBYL. But I’m sensing the jury might go with someone less obvious here. Assuming they don’t give ATLANTICS one of the major awards, its lead, the soulful, wonderfully naturalistic Sane could triumph. 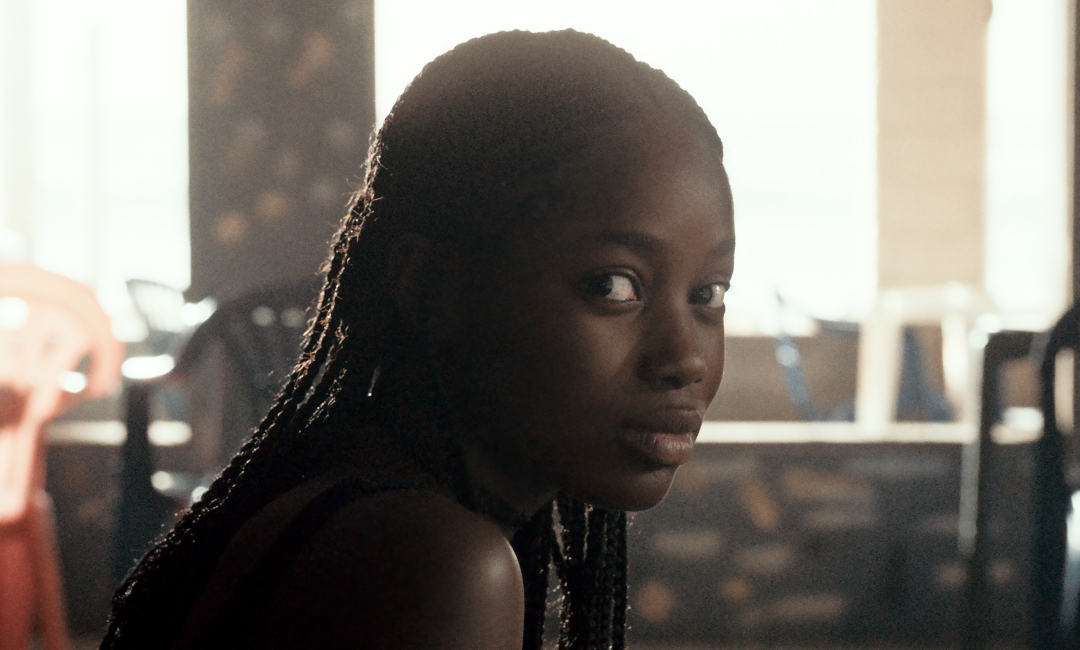 I’ll be very surprised if PARASITE doesn’t pick up anything tomorrow night, which, after last year’s BURNING-fiasco is a genuinely distressing thought. But I think what Bong has achieved here should be easy enough to recognize. Fingers crossed. If the jury is feeling particularly jazzy, Elia Suleiman (IT MUST BE HEAVEN), Diao Yinan (THE WILD GOOSE LAKE) or Justine Triet (SIBYL) could upset.

Best Screenplay
Will win: THE WHISTLERS
Should win: PARASITE

There are any number of worthy candidates in this category, most of which I’m betting on winning one of the other, “bigger” prizes. Which leaves the quirky Romanian caper thriller THE WHISTLERS, which I enjoyed more than most here. Sure, the film doesn’t necessarily have the “weight” of its competitors, but such an entertaining, intricately constructed screenplay should not go unnoticed. Alternatives: the trashily fun SIBYL or, as a consolation gesture of sorts to a pair of two-time Palme d’Or winners, YOUNG AHMED or SORRY WE MISSED YOU.

The winners of the 72nd Cannes Film Festival will be announced at the awards ceremony tomorrow, May 25, at 7:15 PM (CET).

Ava DuVernay's When They See Us Is an Unmissable Knockout