The third season of the Emmy winning drama ‘The Handmaid’s Tale’ arrives with the promise to fight fire with fire in Gilead and an incredibly heart-wrenching refugee subplot that proves the Hulu drama is is still politically relevant.

The sophomore season finale of The Handmaid’s Tale was one of the most satisfying hours of television in 2018. Someone finally took a stand against Aunt Lydia, or should I say a knife? A different scene turned the Annie Lennox classic “Walking on Broken Glass” into the most bone-chilling song of recent memory. The women of Gilead (including Serena) united to get Emily, June, and Nichole only for June to stay in Gilead in true “Not Without My Daughter” form.

After such an explosive and satisfying finale I’ve been asking myself where the show can possibly go from there. Up until now, June has shockingly avoided any real consequences for many of her choices. Having everything return to business as usual at the Waterford household rang incredibly false. Of course, that was until Serena burned the house to the ground the home that had been central to the entire story for two seasons. And with one simple decision it was clear that the writers were making a bold (although a little too on the nose) statement literally burning it all to the ground.

From there June finally realizes that her decisions have had terrible consequences for other people – something that has frustrated viewers to no end. She realizes that she can’t keep popping up on her daughter’s doorstep until she’s certain she can get her out. Her eagerness to revolt saw someone killed and another Martha to be sent away to an uncertain fate.

Even with the characters hinting at a revolution the rules of the show and the roles of the ensemble are starting to feel a little too comfortable. We’ve come to expect plenty of close-ups on June’s facial expressions and Serena has become a wallowing mess with too many scenes sobbing at the ocean. Even Ann Dowd’s Emmy winning performance as Aunt Lydia doesn’t pack the same punch that it used to. We understand who is bad and we know who is fueling a revolution. That’s why audiences are hungry for a character and a relationship that feels a little less formulaic – which has led to the introduction of Bradley Whitford’s Commander Lawrence, the only character whose motives are entirely unrecognizable. 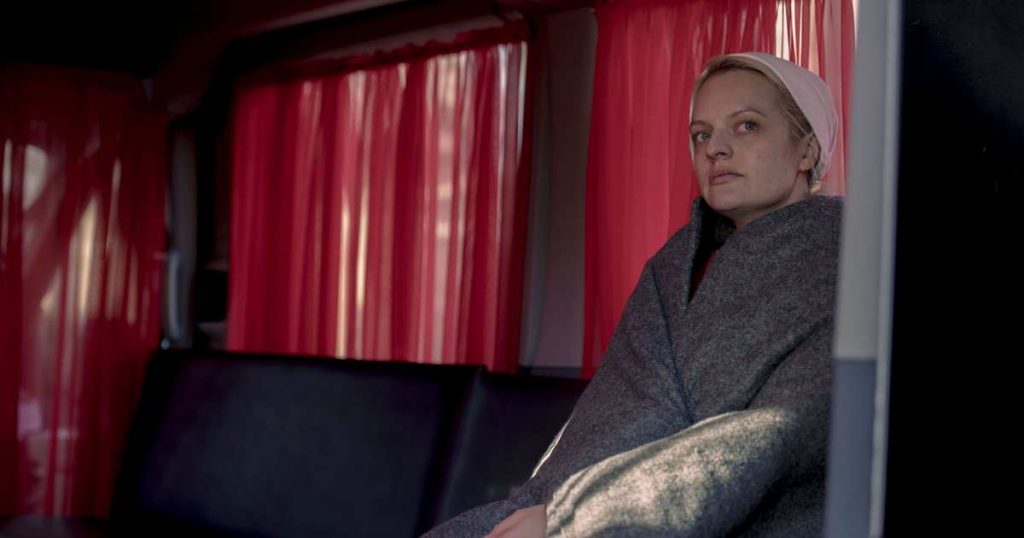 No other character within the world of Gilead unsettles everyone around him quite like Commander Lawrence. Everything about him is a contradiction that makes the audience work at even trying to understand him. On one hand, he’s a founding architect of Gilead while on the other hand, he found glee in Emily trying to murder Aunt Lydia inspiring him to orchestrate her escape all the while torturing with an 80s classic.

In the third season, Lawrence continues to be the one character that challenges the rules of the show. He begins the season by swooping in and welcoming June into his household only to become immediately regretful of his decision and spend his time by mocking her in front of the commanders and even tricking her into picking which prisoners to save and which to send to their eventual deaths in the colonies. He even reveals that he knows just about everything from June’s former life from coming between a marriage to forgetting to pick her daughter up from school – all details we’ve slowly been given through flashbacks. He’s a character that embraces chaos and welcomes anything that challenges the status quo whatever that may be.

Still when the show is at its best it is one of the most powerful dramas on television and Emily’s nerve-racking journey across the border into Canada and experience as a refugee are some of the most effective narratives of the year. Alexis Bledel won a guest Emmy for the first season of the show and was nominated for a supporting actress Emmy for the second but it’s in the third season that she gives possibly the performance of her career. The first episode features a border-crossing sequence that had me on the edge of my seat and even knowing the outcome I found myself audibly reacting.

From there we watch as Emily readjusts to a “normal” society triggered by everything from a simple window to the sight of her first rainbow pride flag in years. She even turns a small conversation about cholesterol into one of the most insightful conversations of the season. The world of American refugees in Toronto is so captivating that story takes a break from that world in the third episode you’ll find yourself restless for more.

Emily’s arc proves that the show still has the power to be the most politically and culturally relevant show on television. After two episodes of readjusting to a normal society and the fear of reuniting with her wife and child Emily picks up the phone and calls them. What follows is an incredibly poignant and satisfyingly voiceless moment between the two women over the phone with one in a crowded hallway while the other halts traffic. Bledel and Duvall are the early standouts of the season and beyond their performances it’s because the writing allows them to be.

Looking towards the rest of the season audiences can expect a deeper dive into the politics of Gilead as the season explores the setup of the dystopian country and hints at a deeper dive into other cities across the country. Characters have repeatedly referenced a fight for Chicago and in the third episode, Nick (Max Minghella) revealed he was promoted to Commander status and will be sent to the battlefront. Perhaps the most exciting of all is the word that Aunt Lydia will finally be given a backstory. Good or bad that will certainly be one of the most talked about episodes of the season.

“That’s what we will become, nightmares. One day when we’re ready we’re coming for you. Just wait.”

Overall the first three episodes of the season have promised a new narrative for the show, one that fights fire with fire. June is proving that she can make more calculated decisions – choices that will bring the show closer to a real revolution. There are even hints that she’s convinced Serena to rebel in her own way as well. June and Serena coming together and the possibility of being finally seeing the real resistance in Chicago. In the end, all we’re left with is a promise, one that will hopefully come to fruition sooner rather than later – “That’s what we will become, nightmares. One day when we’re ready we’re coming for you. Just wait.”

The first three episodes of the third season are currently available to stream on Hulu with new episodes released every Wednesday.