By far this year’s Outstanding Lead Actress in a Comedy Series category is one of the most overwhelming categories of the year. All six of last year’s nominees are eligible to return as well as the unstoppable Julia Louis-Dreyfus. On top of that, there’s nearly a dozen actresses in buzzworthy new shows, critical darlings, and final season send-offs that are hoping to break into the race.

The television academy is notoriously filled with lazy voters, checking off the same names year after year. But the category is filled with actresses in comedies that aren’t nominated anywhere else (Mom, Grace & Frankie, Insecure, Better Things). Is this the year that voters completely shake up the race as voters discover comedies they like more? Comedies like Fleabag, Schitt’s Creek, The Good Place, and Russian Doll all have passionate fans clamoring to get their favorite shows nominated.

Throughout the entire run of Veep Julia Louis-Dreyfus has been unstoppable – so why bet against her now? Yes, the final season of Veep has received mixed reactions from fans except for a nearly satisfying finale but she remains the single most respected actress currently working in television.

Right now the entertainment industry is obsessed with The Marvelous Mrs. Maisel. It’s the type of larger than life comedy that is easy to love or at least appreciate the craft involved. Over the past year Rachel Brosnahan has won award after award taking home everything from an Emmy to a Golden Globe to a SAG award – so is it foolish to bet against her? The second season was just as good if not better than the first and as long as there is excitement for the show Brosnahan might be the one to beat. 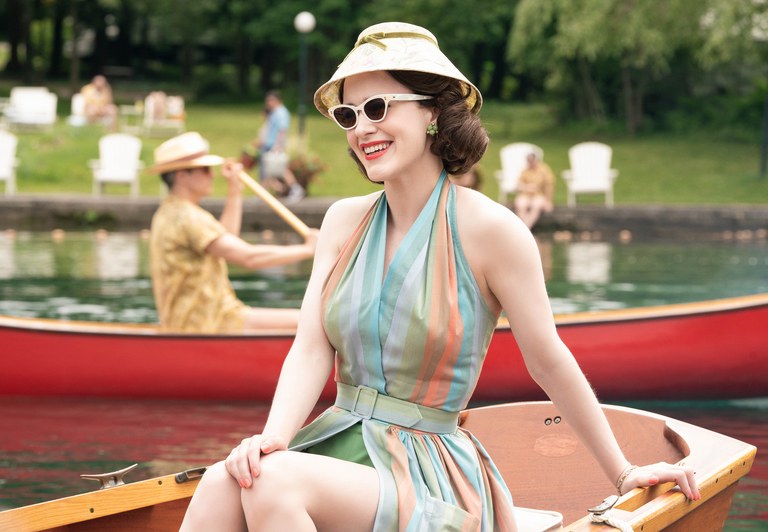 Allison Janney and Lily Tomlin are in similar situations even though their two shows are completely different. Both actresses are well-respected among their peers and have received countless nominations over the years. Janney has been nominated 14 times with 7 total wins while Tomlin has won 6 Emmys throughout her career out of 25 nominations. Both actresses have also received multiple nominations over the past couple of years for shows that aren’t major Emmy contenders, Tomlin in Grace & Frankie and Janney in Mom. Now that there are so many performances for voters to choose from is this the year they take a break from two of their favorite actresses and throw their support behind new shows?

Slowly but surely Emmy voters are moving on from the once beloved family sitcom. Black-ish is obviously a favorite of the television academy and Tracee Ellis Ross has been nominated for the past three years. If the show remains in favor with the actors branch she will likely remain nominated but the show this season has shown that their greatest weakness is not knowing how to showcase her talent. Even as she argues with Dré and raises a giant family she is never really given a standout episode and that might hurt her in such a crowded category.

Last year Issa Rae received a surprising but incredibly deserved first Emmy nomination. Since then she’s become an even bigger voice in Hollywood starring in her first studio comedy and signing deal after deal. She seems like an obvious choice to return but the third short season wasn’t met with nearly the same excitement and aired last summer risking being forgotten. But still, it’s rare for a lead performance to be nominated only once.

One of these years Kristen Bell will be nominated for her first Emmy. Early on the momentum seemed to be in her favor this year after receiving a Golden Globe nomination this year as a result of years of passionate fans championing The Good Place. The show then went on to receive quite a bit of guild support but the problem is that voters might forget about the afterlife comedy since the season ended months ago.

Phoebe Waller-Bridge has quickly become one of the most respected names in television. The second season of Fleabag was met with immediate praise becoming one of the best-reviewed shows of the year. Emmy voters are obsessed with auteur style comedy and that could lead to multiple nominations for Waller-Bridge including her first lead actress nomination. But is the British comedy being watched by enough voters or is its popularity being skewed by the Twitter bubble?

After five seasons Schitt’s Creek is finally beginning to get the recognition it deserves as one of the best comedies on television. After going into streaming syndication on Netflix a larger audience has been able to discover the Rose family and the cast has even begun a cross-country tour, an evening that every single night leads to a massive standing ovation for Catherine O’Hara. The comedic legend gives the single greatest comedic performance on TV and it would be a shame for her to go completely unnoticed. Is this the year she finally breaks through? 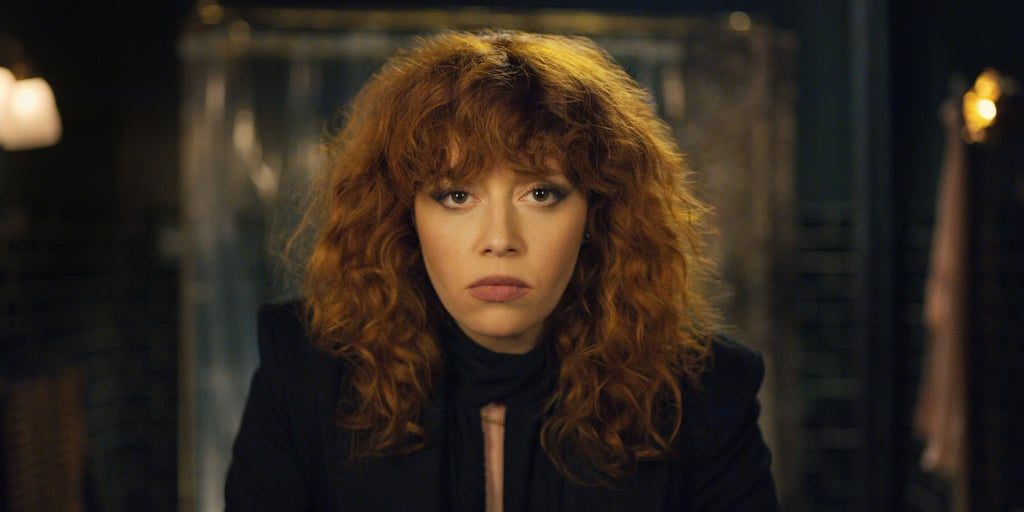 Natasha Lyonne is a very specific type of actress (equal parts raspy and sardonic) that has been able to pave a path for herself in Hollywood even earning a guest actress nomination for Orange Is The New Black. Now she’s created a leading role for herself with Russian Doll that has become one of the most talked about new comedies of 2019. The show about a Brooklyn hipster who relieves the last day of her life over and over again has the potential to be a hit among Emmy voters but it also might scare away older more traditional voters.

One of the last comedies of the year to premiere has been Netflix’s Dead to Me. While the dark comedy likely isn’t a contender in many categories it’s two leads (Christina Applegate & Linda Cardellini) have been receiving some of the best reviews of their careers. Without giving too much away the two actresses play women who meet in a grief support group after losing their husbands. It’s hard to imagine one nominated without the other but the early buzz seems to be around Applegate who has a history with voters. She’s been nominated multiple times in the past and has even won a guest award for her work on Friends.

Speaking of Netflix the streaming service has an overwhelming amount of names in the lead actress race this year. On top of the names already listed voters can also choose from last Nominees like Jane Fonda (Grace & Frankie) and Ellie Kemper (Unbreakable Kimmy Schmidt). Alison Brie was unfairly left out of the category last year for GLOW and that snub could lead to voters rallying behind a makeup nomination. Earlier this year Netflix canceled One Day at a Time triggering an outcry from fans. In a just world, Justina Machado would be in the conversation. Will Netflix end up with a majority of the nominations in the category or will voters have too many options to choose from and split the vote?

The other notable performance in its final season is Rachel Bloom in Crazy Ex-Girlfriend. Emmy voters are notorious for rewarding auteur comedians while regularly ignoring women auteurs. For four seasons Bloom has starred in, executive produced, written, and written the songs for the critical darling. The Golden Globe Nominee deserves to be nominated, she needs to be nominated but knowing the history of the television academy she will probably join the ranks of other ignored performers. Hopefully in the future voters will do right by her.

On top of all these names, there is a handful of women who deserve to be a part of the conversation. Aidy Bryant has finally being seen in a leading role on Hulu’s Shrill, some of the best work of her career so far. Hulu also has Pen15 starring Maya Erskine and Anna Konkle reenacting their middle school days in one of the funniest new comedies of the year. Vida is having an amazing sophomore season and Mishel Prada gives an incredibly complicated performance.

A Breakdown of the Category

With so many moving pieces in this year’s lead actress race, the only certainties are the two most recent winners. Beyond Julia and Rachel anything can happen and in all honesty, deserves an eight-way tie more than any category in the past.