The Motion Picture Editors Guild (MPEG) will honor veteran post-production executive and producer Martin Cohen.   Cohen’s work includes The Princess Academy, The Woman’s Club, Empire of the Sun and The Goonies. He will receive the award at a gala on October 5 in Los Angeles.

One of the most beloved and respected members of the post-production community, Cohen served as head of post-production for Amblin Entertainment beginning in 1987 and then for DreamWorks from 1994 to 2005, before moving to Paramount Pictures where he oversaw all aspects of feature post-production including editorial, sound design, digital intermediates and piracy protection for all the studio’s releases through 2010. Cohen’s expertise and interest is not limited to editing or post-production. He has also served as a producer or Executive Producer on countless films such films as “The Hunger Games,” “Mothman,” “The Seventh Son” and “Godzilla,” among many others, and directed the pilot for the web series “Action Figures.” A passionate cinephile, Cohen is a dedicated film preservationist and among his numerous projects and accomplishments, he supervised the restoration of several notable classics including Francis Ford Coppola’s “The Godfather” trilogy and “Jaws.” 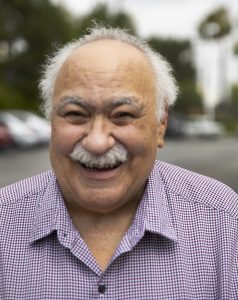 Cohen said, “I am honored and deeply moved that the Editors Guild is bestowing me with this prestigious award. I thank all my Brothers and Sisters for this honor!”

“We are delighted to honor Marty with our Fellowship and Service award,” stated Alan Heim, ACE, President of the Motion Picture Editors Guild. “He perfectly exemplifies the values that the Guild holds most dear by forging a career in this industry that has served not only the films on which he has worked but the many filmmakers and colleagues with whom he’s collaborated. He has consistently given back to our community and that makes him the ideal recipient for our highest honor.”

With its prestigious Fellowship and Service Award, recognizing an individual who embodies the values set forth by the Guild: professionalism, collaboration, mentorship, generosity of spirit and commitment to the labor movement.

Who Will Join Sandra Oh in This Year's Lead Actress in a Drama Series Race?