Will an Oscar Winner Pull Ahead in the Lead Actor in a Limited Series Race?

This year’s Outstanding Lead Actor in a Limited Series or TV Movie race is incredibly competitive with multiple Oscar winners, movie stars, and Emmy favorites. What makes this year’s lead actor race however is that even with all of those big names there really isn’t a frontrunner and very few of the big contenders even seem like locks for a nomination.

Maybe this is because that even though there are plenty of big names in the race their actual performances aren’t getting as much attention (from critics, audiences, and twitter reactions) compared to their onscreen lovers competing in other categories. Michelle Williams has taken all of the thunder in Fosse/Verdon. Patricia Arquette is the actor winning all of the awards for Escape at Dannemora. Fresh out of Oscar season Emma Stone is the only performance recognized from Maniac. Even Ben Whishaw is the one picking up awards while his lead costar goes unnoticed in A Very English Scandal. It’s a refreshing change in a TV genre that always seems to be so male-focused.

When the nominations are finally announced this is the category that has the biggest potential for a shakeup making way for a couple of big surprises.

Fresh off of his second Oscar win Mahershala Ali is clearly one to watch in the Emmy race. His first Emmy nomination was for his guest work on House of Cards and since then he’s only become a bigger star. Headlining the third installment of True Detective, Ali plays Wayne Hays, and over the course of three periods as he struggles to solve the case of two missing children. Ali has had a shockingly fast journey to becoming one of the most beloved actors working today and seems like an obvious early prediction to win this year’s lead actor award but True Detective has been pretty hit-or-miss with Emmy voters in the past, especially among actors. As of yet, no one has won a single acting prize for the anthology series at the Emmys, SAG, or Golden Globe awards and voters ignored the second season entirely. Still, if anyone can break that streak it’s someone like Mahershala Ali. 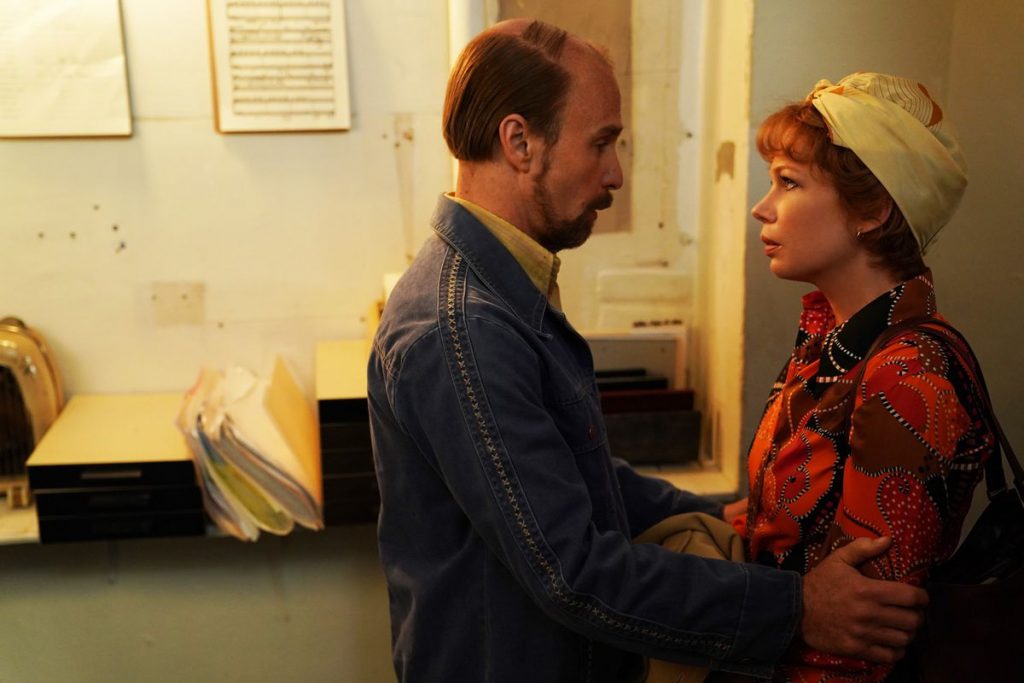 Just like Ali, Sam Rockwell is another recent Oscar winner that is really having a moment in Hollywood. Last year he won his first Oscar and followed it up the next year with a nomination for portraying President Bush. Anticipation couldn’t have been higher for his starring role as Bob Fosse arguably our greatest director/choreographer and his multi-faceted partnership with Gwen Verdon. As the limited series progressed through fans became dismissive of the Fosse arc and audiences chose to focus instead on Williams. Even with the muted reaction to the complicated auteur, there is no way that voters will deny Rockwell’s performance at the height of his career.

While Patricia Arquette has been the one from Escape at Dannemora to pick up award after award her course and fellow Oscar winner Benicio Del Toro is also in this year’s Emmy conversation. In his first major television role in nearly 30 years, Del Toro star portrays Richard Matt, a convicted murderer who orchestrated his infamous escape in 2015. His role is a lot less character driven than that of Arquette’s character Tilly which at least partially explains why he wasn’t nominated by SAG and Golden Globe voters. For the first time, voters won’t have to choose between Del Toro and costar Paul Dano (who was submitted in supporting), boosting his chances. If Escape at Dannemora is as popular with Emmy voters as it seems he’ll have no problem receiving the first Emmy nomination of his career.

Jharrel Jerome probably gives the single best performance of the year in any category. Portraying Korey Wise, one of the Exonerated Five, Jerome is the only actor in When They See Us to play one of the five throughout their entire arc. Wise was the only one of the five boys to be tried as an adult and the fourth episode focuses on the trauma he went through as a teenager growing into adulthood while incarcerated. The only question is whether or not the power of the performance is enough to push through the politics of the television academy. Jerome is relatively unknown especially up against a series of Oscar and Emmy winners. On top of that, the bulk of Jerome’s performance isn’t until the final episode. Have enough voters screened the entire series? If Jerome is nominated he is a strong contender to win this year’s Emmy, it’s just getting the nomination that might get in his way.

The past couple of years have ushered in a bit of a career resurgence for Hugh Grant. He’s moved on from his days as an incessantly blinking charmer in romcoms to some of the most interesting work of his career. He’s received a BAFTA nomination for Paddington 2 and a Golden Globe nomination for Florence Foster Jenkins. Now in his first major TV role in 25+ years he’s earning a lot of attention for his leading role in A Very English Scandal. Grant’s performance as a closeted MP orchestrating an attempt to murder his gay ex-lover has already earned him nominations from the Golden Globes, BAFTA, SAG, and a Critics’ Choice Award.

One of the most surprising performances of the year has been Chris Pine in I Am The Night. Best known for his work in multiple major franchises he gives a different kind of performance as a disgraced veteran suffering from PTSD and substance abuse. His ability to switch from the comic relief of the limited series to these incredibly dark moments reliving the moments he took another life really anchored the show. Pine has been on the campaign trail detailing his journey researching veterans and their battle with PTSD and it’s incredibly evident how much care he put into the role and he deserves to be recognized for that. 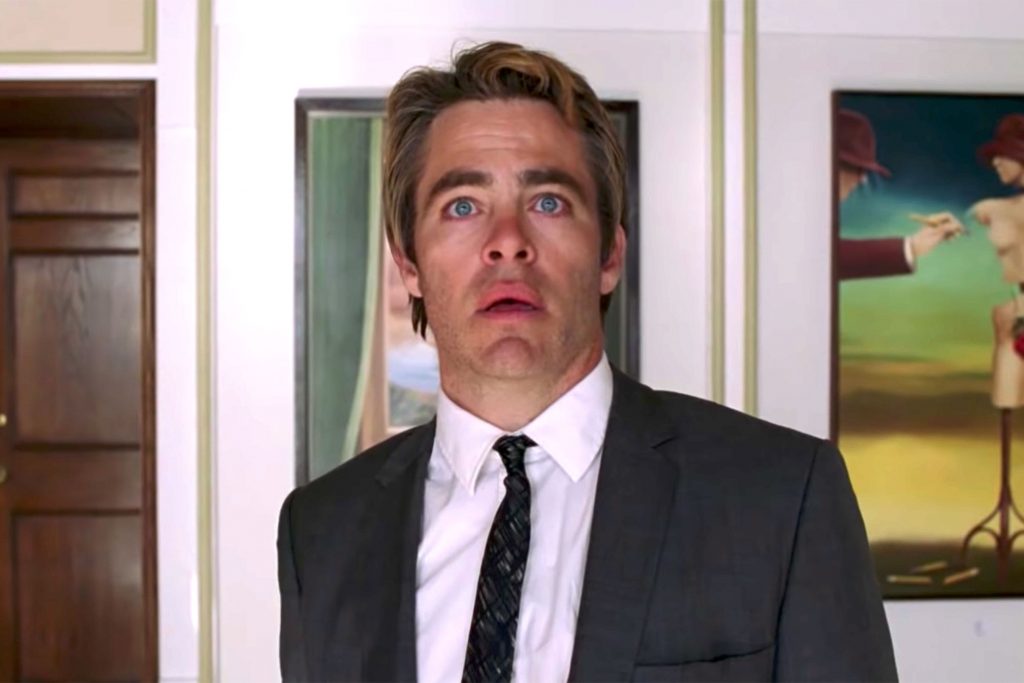 In a show filled with movie stars and Emmy winners it’s all the more surprising that the single best performance in Hulu’s adaptation of Catch-22 comes from Christopher Abbott. He should have been nominated for the first time for his guest work on Girls and since then has been turning out great performances in indie films and popping up in high profile awards contenders. Abbot’s performance is the strongest aspect of the recent adaptation and his performance makes it incredibly clear why this story needs to be told but is that enough to convince Emmy voters to watch another Catch-22 adaptation when there is so much TV to watch?

In an oversaturated era of nostalgic reboots and remakes, it’s obvious why HBO now wanted to revisit cult-favorite Deadwood and finally give it the sendoff it deserves. The TV movie exceeded expectations and has quickly become the Emmy frontrunner and even more surprisingly become a TV movie that people are actually talking about. Does that mean that its ensemble is going to be given the Emmy nominations it deserves? With this year’s lead actor race filled with so many uncertainties, beloved actors like Ian McShane and Timothy Olyphant stand a good chance of returning to the Emmy race. In the show’s initial run all of the awards attention was focused squarely on McShane including an Emmy nomination, a Golden Globe win, and a SAG nomination. The buzz out of this year’s satisfying conclusion has been all about Olyphant who went unrecognized in the show’s initial run but was nominated for Justified.

HBO has a series of Emmy winners starring in TV movies this year that are hoping for another nomination. Peter Dinklage stars as TV icon Hervé Villechaize in My Dinner With Hervé. Benedict Cumberbatch stars as Dominic Cummings, a key political strategist, in Brexit. Jeffrey Wright plays an incarcerated man weeks away from release in OG. All three men seem are obvious Emmy contenders off of name recognition alone but lately, voters have seemingly been bored by HBO movies making it hard to believe more than one of them will make it in this year. If anyone of the men from HBO’s TV movie roster make it in keep an eye on Cumberbatch who is one nomination away from tying Hal Holbrook for the most nominations in the history of the category.

Leading up to its release last fall Maniac seemed like an obvious Emmy contender and possibly even the beginning of a huge year for Jonah Hill. Immediately after its release the reactions to Maniac were muted and his directorial debut was mostly ignored. What was supposed to be a big year for Hill creatively quickly went in another direction? Hill’s arc throughout Maniac was probably the least popular of the main cast and without much buzz for the show as a whole this probably isn’t the year he earns his first Emmy nomination.

The Layout of The Race