You’ve read our Comedy Emmy predictions. You’ve read our Drama Emmy predictions. Now, it’s time for the Limited Series / TV Movie race. Over the past few years, this was the wildest and most unpredictable race, mostly because the limited series is the gracious beneficiary of a massive influx of “big name Hollywood talent.” Two years ago, it was Big Little Lies versus Feud. We’ve had multiple iterations of the American Crime Story series from Ryan Murphy. Every year, there’s some enormous title that shoots to the top of the nomination haul based on a combination of critical acclaim, huge ratings, and high-powered star wattage.

This year, the quality content is absolutely there. But as great as many of the expected titles are, there isn’t one that’s really driving an extreme passion vote. As such, this year’s Limited Series race is a bit on the downside in terms of buzzy competition.

But make no mistake, there are a few really great limited series in contention. First up is Showtime’s prestigious hit Escape at Dannemora. It’s already received a good amount of attention thanks to a career-best performance from star Patricia Arquette. The Television Academy will likely follow up with nominations for Benecio Del Toro, Paul Dano, and possibly Eric Lange as well as Arquette. And the career-stretching direction by Ben Stiller will absolutely be recognized as will the complex script. It’s a great limited series that demands a great deal of respect – if not intense passion.

Following closely behind is FX’s Fosse/Verdon. When announced, this one looked like an immediate front runner. Bob Fosse and Gwen Verdon were two of Broadway’s most celebrated couples. With a cast of characters like Fosse, Verdon, Liza Minelli, Ann Reinking, Neil Simon, Paddy Chayefsky among others, Fosse/Verdon also promised breakout direction by Hamilton director Thomas Kail. But when it dropped in April, critical response was polite at best. The series eschewed a broader supporting cast to truly focus on the title characters and fully explore their relationship. Michelle Williams received the highest praise for her fantastic performance which, like Arquette and Amy Adams, could have won an Oscar if it had been released to theaters. Further hurting Fosse/Verdon is the fact that it came and went without any fanfare at all. Literally no one is talking about it. We still think it will fare well in the nomination haul, but don’t look too hard for supporting nominations to round out its total count.

When HBO’s Sharp Objects premiered last August, it unfairly received comparisons against HBO’s other literary juggernaut Big Little Lies. It’s not soapy. It’s not glossy and fun. It’s a very dark, disturbing, and intense piece about mothers, daughters, and the harm we inflict on ourselves. Amy Adams was immediately tagged as the front runner to win the Actress Emmy for her searing performance – that is until Patricia Arquette stepped in and swept the winter awards circuit. She’ll still be nominated, though, as will Patricia Clarkson for supporting actress. More uncertain (but hugely deserving) are Eliza Scanlen, Elizabeth Perkins, and Chris Messina in the supporting races. Scanlen stands the best shot, but we have no idea how much the Television Academy remembers Sharp Objects and how far they’re willing to take the intense work. One thing in its favor: it’s been out the longest of all limited series. Remember when The Night Of surprised with a larger than expected nomination haul? Sometimes, just being seen is more than enough.

Rounding out the probable nominees are HBO’s searing and horrifying Chernobyl. It’s a limited series better known for its writing, direction, and incredible set design than its accomplished but largely subtle performances. Most of Team ADTV think Emily Watson stands the best shot with Jared Harris not far behind in the Actor race.

But perhaps the most emotional work of the year is Ava DuVernay’s When They See Us, her take on the infamous Central Park Five case and, most importantly, its impact on the lives of those unjustly accused. Assuming voters watch it, the series seems guaranteed a nomination as does DuVernay for her sensitive direction. The cast, though, is so big that it’s difficult to see who rises above the fray. Will it be Jharrel Jerome, a mostly unknown actor who gives a career-defining performance? If voters make it to the end, then they can’t deny him a nomination for his gut-wrenching performance. Or will it be Emmy-nominee John Leguizamo – a surprise nominee last year for Waco? Or Niecy Nash, somewhat handicapped by being elevated to the Actress race over Supporting Actress? Or will Vera Farmiga’s strong performance in a few scenes register? Felicity Huffman would have been nominated had she submitted herself. Instead, her recent legal troubles caused her to sit this one out. So, expect to see When They See Us nominated on Tuesday morning, but don’t be surprised if you see outrage on Twitter if the cast does receive as much attention as they perhaps deserved.

Take a look at Team ADTV’s final Drama Emmy predictions below. Who do you think will receive nominations? Who will be left out? What are you rooting for? Be sure to leave your comments below! 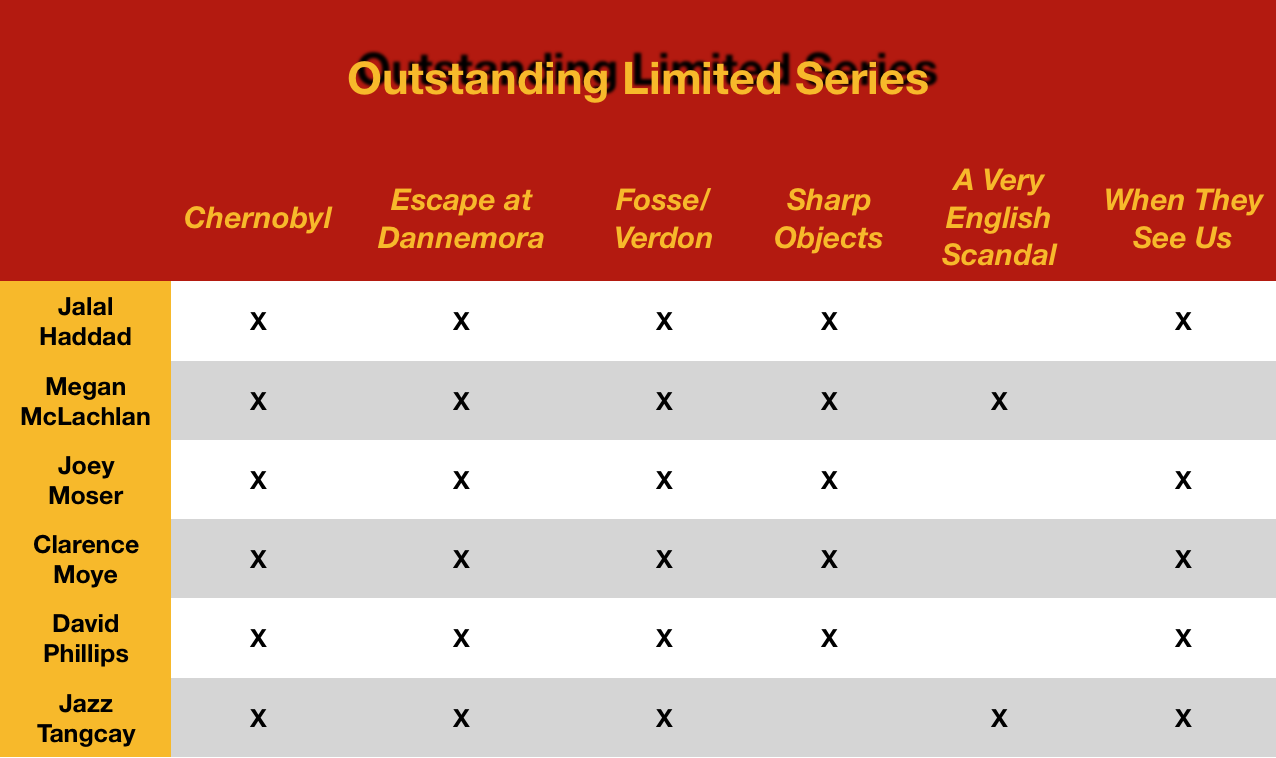 Will Repeat Nominees Prevail in the Comedy Supporting Categories?

Composer Henry Jackman on His Ambitious Score for Apple’s ‘Cherry’

Shorts: A Father Fights for Normalcy in ‘The Present’

Shorts: ‘White Eye’ Asks Who Is the Real Bicycle Thief

Shorts: Two Kids Get Taken To the Edge of Something Sinister in ‘Da Yie’

Shorts: A Wily Young Girl Witnesses an Accident in ‘Bittu