The Art of the Scene: David Mullen On ‘The Marvelous Mrs Maisel’ In Paris

by Jazz Tangcay
in ADTV, EMMYS, Interviews, The Art of the Scene
1

Jazz Tangcay returns with The Art Of The Scene for Emmys. Director of Photography David Mullen Discusses the Look of Paris and New York in Amazon’s The Marvelous Mrs. Maisel.

This past season, Amazon’s The Marvelous Mrs. Maisel traveled to Paris.  Director of Photography David Mullen looked at films set in the 50s in Paris for references on how to light the famous sights of the City of Lights. Once he had his color palette, he had to juxtapose that with the show’s regular setting of New York, using blue tones, Mullen was able to do that.

Below, Mullen discusses Paris and later creating the look of the Catskills  in the latest Art of the Scene series. Amazon’s series is nominated for 20 Emmy nominations. Mullen received one too for his work on the show. 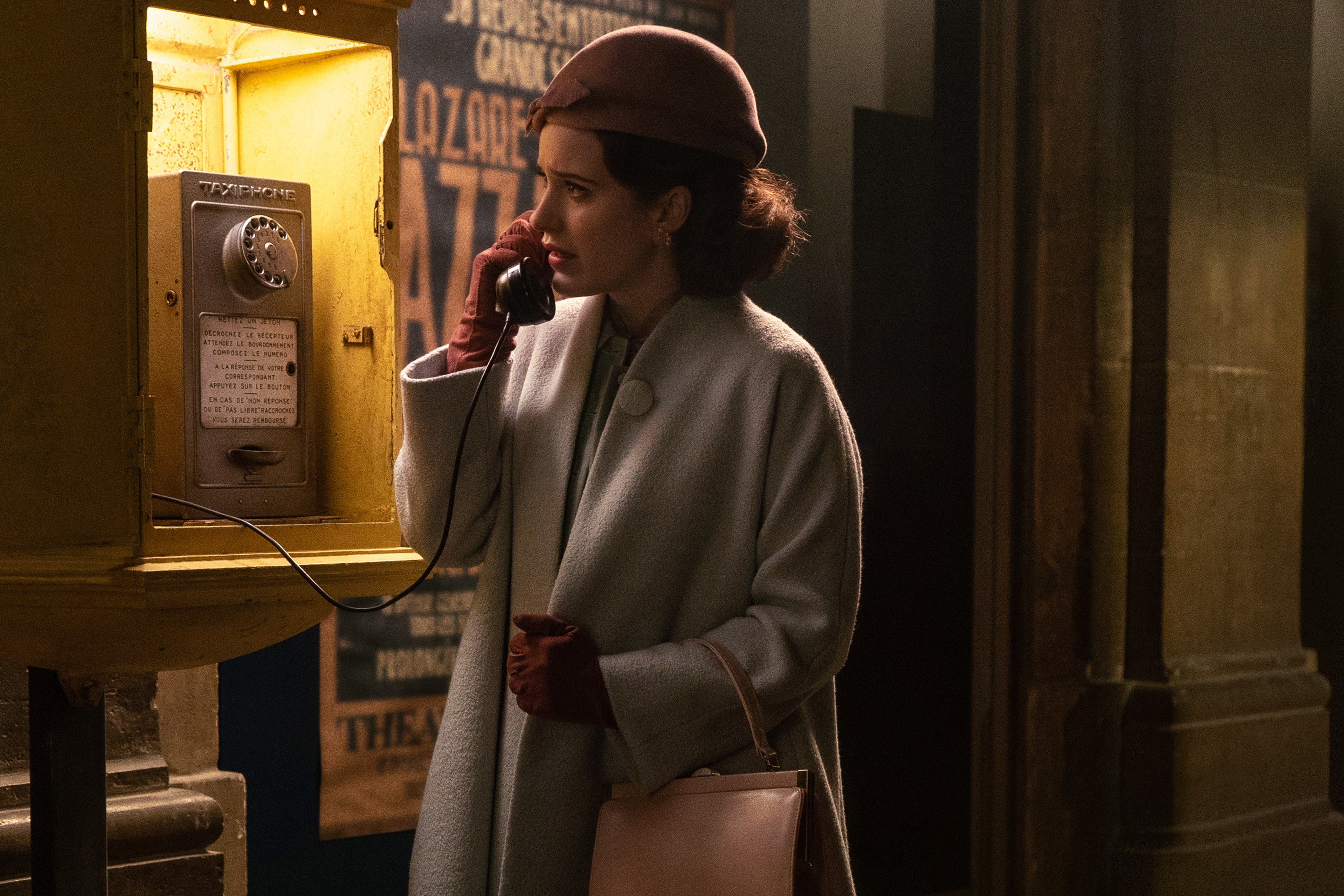 Before we went to Paris, we had looked at as much historical reference that we could find to see what it looked like in 1959. I dug up some movies. There was a Cinerama film called Cinerama Holiday shot in Paris around 1955. I also watched Funny Face which was shot there just to get a major sense of what the major sights looked like in that time, and to get a feeling for the colors.

Then we went and scouted Paris. It’s a very warm city. The palette of the city is very golden, there’s the stonework. At night, there are the sodium vaped streetlights which aren’t quite historically accurate for 1959, but it adds an orange cast to the night scenes, and I had to embrace that.

For me, the scene in Paris was going to be very warm. The New York scenes were going to be on the colder side since it was winter, but also just to have a visual juxtaposition between the two worlds.

There’s a scene where Susie is marched out into Rockaways. I swathed it in a very blue twilight look so that we would have this strong blue cast in one scene and then go into this golden night scene in Paris. I was constantly looking for ways to create visual changes as we went through the whole story.

We had a mostly French crew, so that was fun. We brought our gaffer and camera operator out there, and our focus puller, but a lot of the crew was French and that was a great experience.

The only problem we had to deal with was the weather issue. A snowstorm hit us in the afternoon, and no one expected that. We ended up having to move a cafe exterior scene inside the cafe. If you look very carefully, you might see snow falling outside the window, but it’s very hard to see.

Other than that, it was a really nice time. It was a little on the cold side. Some of the night scenes were a bit of a challenge. Filming outside the Notre Dame was one; because it’s self-lit. It has its own light on the towers, but it’s not very bright and is on a low level. So, I had to light my own scene at a very low level to balance with the background. I couldn’t light the opposite side of the Seine and the church, so I could only light the river bank.

For the last shot, we had been looking to do that phonecall as the last scene of the episode. We found one street that was on the side of a church, but at night, you couldn’t tell you were in Paris, but it wasn’t quiet enough for the intimate dialogue scene.

We looked at shooting in the Tuileries, but there’s not night lighting, so would have had to have the art department create a bunch of lanterns. Even then, the trees were bare, but right next to it, the Rue Du Rivoli’s traffic late at night was loud. I was having dinner with another filmmaker and talking about trying to find that quiet spot that really shows Paris, and he said, “Right next to the restaurant is the Palais Royal, have you seen that?” I hadn’t, so after the meal, we walked right over and he showed me that long corridor of those columns. Next to that is a park that is similar to Tuileries, so we could have done a scene there. It was also a place they had scouted earlier. I took photos and sent it to the director, and she thought it was a great idea. I also took photos of Tuileries, and you could see the difference of the garden is a bit of a romantic spot and the column being a more dramatic space. We opted for the columns because there was a strong architectural form to it, and to see her walking among those columns added a dramatic tone to it.

I lit it very simply. I didn’t want to push the camera too hard. We had lights through every column from the garden, and then I realized there were a lot of columns, so we lit every fourth column. It ended up being 30 lights because that row is actually a block long.

It’s still a very nice shot. The art department put a phone box on the wall, and I was able to put a little LED light underneath it to spill on to her face so she was lit by the glow of the phonebox. 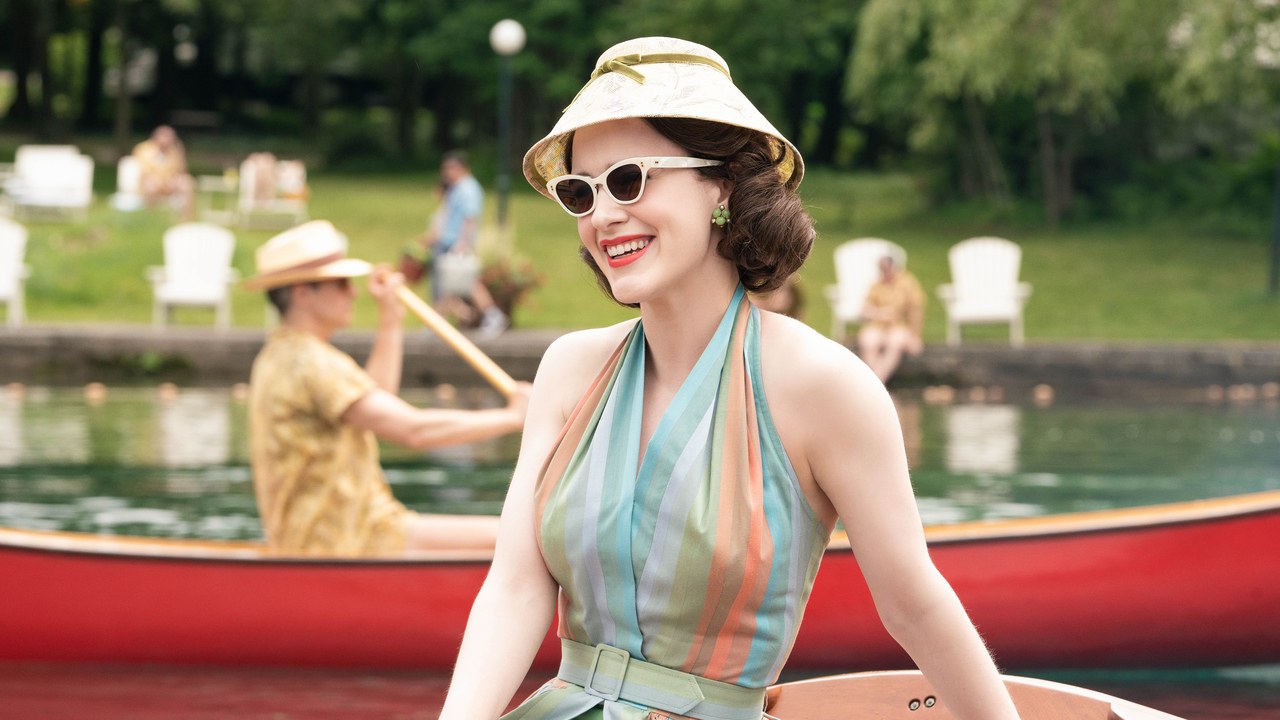 It’s a real resort that we went to. We gave it a fresh coat of paint to make it look newer. It was a beautiful spot. It was close to the water which was a bit of a challenge because we had a lot of scenes in front of the house, and we had night scenes out there. There’s a scene where they’re watching shooting stars on the lawn at night. I wanted to light that scene and the fireworks scene from the water direction, but it’s such a small shore and there was no way to get lighting out in the middle of the lake because the access to the lake was very limited. We couldn’t get a lighting barge to float out on the water, so we ended up putting the lighting on the edge of the shore and had the people at the back of the lawn and light them as if the fireworks display was happening. That was a bit of a challenge because of space, and that happened across a lot of the night scenes because I was surrounded by trees on one side and water on the other.

Most were just lit with small lights hidden behind trees as if it were a park.

During the day, we were often in the cabin. For me, it was about making sure I could see the lake out the window for a lot of the time, otherwise, it would look like we were on the set. Once you saw the lake, you knew we were on location. Finding those angles, and balancing the interior with the exterior was important so I didn’t lose the background.

It felt like we were in Switzerland with that beautiful blue lake, it was such a picturesque scene. We also had our share of bad weather there. In the scene where Midge meets Benjamin for the first time and he’s playing cards, it’s not supposed to be a rain scene, but we found a way to turn it into a rain scene because we couldn’t reschedule it. We just found a way to make it work.

The boating scene was shot in overcast light, so you could imagine they went boating right after that, so it all worked out. 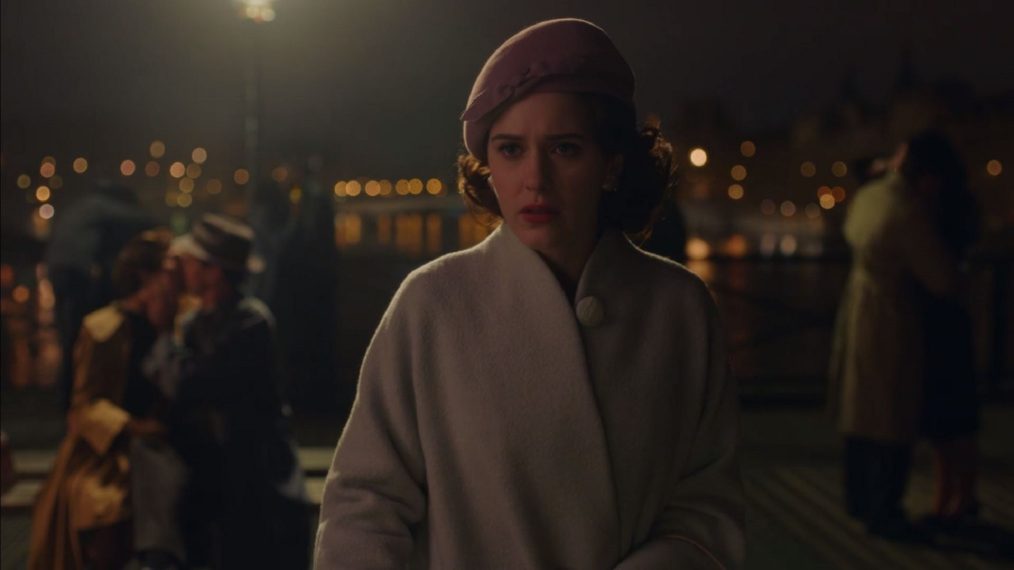