Over the course of her career costume designer Michelle R. Cole has been nominated for six Emmys; two for her work on Black-ish and four for her time working on In Loving Color. Coincidentally this is her second Emmy nomination for recreating iconic Prince looks after a couple of famous In Loving Color sketches paid homage to the artist as well. She spoke with Awards Daily TV and reminisced on what it was like recreating the looks of a cultural icon, her favorite Prince memories, what it’s like to dress the Johnson family, and she even took the time to gush about how great of a boss and leader Anthony Anderson is.

What was it like finding out the 100th episode of Black-ish was going to be about the one and only Prince?

What was the research process like? I imagine it was a lot of fun.

Yara Shahidi’s father [Afshin Shahidi] was actually his photographer on the road with him and he even published a book a couple of years ago with all of his work. That was a great resource. Other than that I was able to relive my own memories through looking back at his greatest moments. I went to the Purple Rain concert. So going through old magazines and videos I really got lost in reminiscing about him. It was a lot of fun. My entire department loves him and everybody has a Prince story that they want to tell.

Do you have a favorite Prince song or memory?

Anything that brings me back to my college years. Whenever I hear it come on I get up. Little Red Corvette is the song that always comes to mind. And of course Purple Rain.

Was there a costume or a specific Prince look that was surprisingly challenging?

The one that immediately comes to mind is the Raspberry Beret cloud look that Deon Cole wears. We had that printed out because obviously there was nowhere to go out and find it. We also painted Yara’s Sign O’ The Times to look exactly like the original. 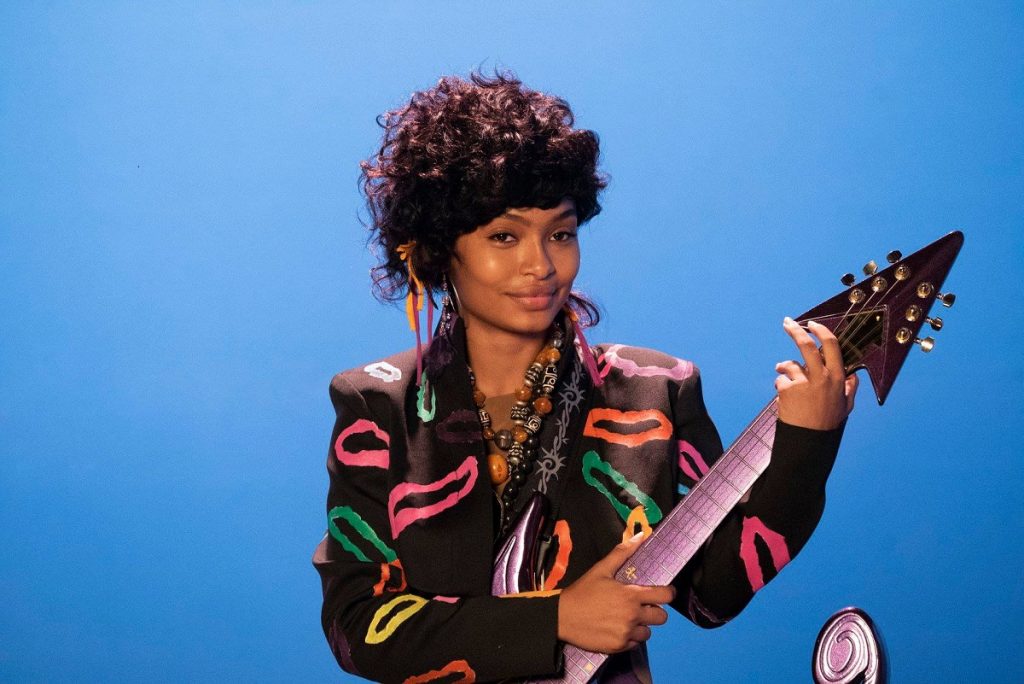 But I would never call any of them a challenge. I look back at everything we created and it’s all just so cool to me. I love the brightness of Marcus’s outfit [for his Sexy MF look]. Then there’s the Purple Rain look that Marsai wore. People always ask me what my favorite look was and I never know what to say because it changes daily.

Personally I loved the Purple Rain look you made for Marsai Martin. Everyone tries to recreate that look but you just did it so well down to the details. I couldn’t stop watching that moment.

I thought that was going to be my favorite too! When I saw her perform, oh my god, with the outfit and with the motorcycle and everything. It was so cool. Marsai’s mother loves Purple Rain so she grew up with it too. She was getting excited and doing the moves even in the fittings. That was great watching the teens have so much fun. 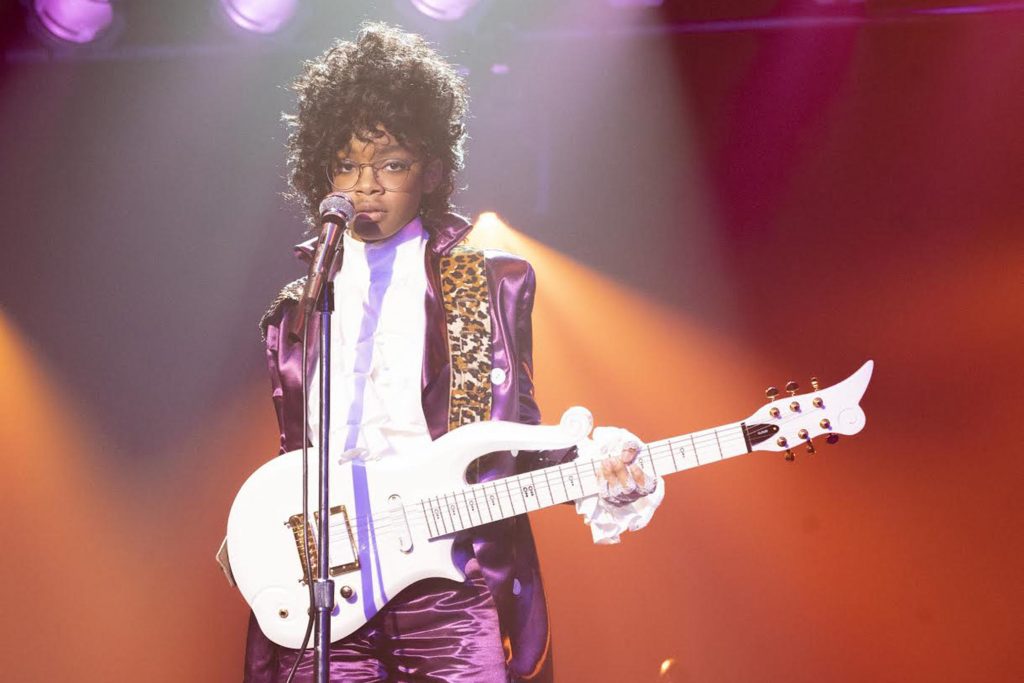 I saw that his family was flown out to screen the episode. What was their reaction like?

It was such an honor to celebrate this icon. He’s really up there. He played over 25 instruments. He really is one of our best. He’s up there with The Beatles.

Were there any other memories from your time on the episode that stick out?

Alongside all of these iconic Prince recreations you are also tasked with dressing the Johnson Family in their regular day to day looks as one of the most stylish families on television. How did you develop their sharp sense of style?

I call them the best dressed family in the kitchen. I mean who wears Valentino sweatshirts with a $400 pair of jeans and $800 sneakers in the kitchen?

But in the end it all boils down to Kenya Barris. This whole show was based on his life, even the clothes. I don’t think I’ve seen him wear the same thing twice. People always ask about the shoe closet and I tell them it’s for real.

What about Bow’s style?

I mean. Tracee. Ellis. Ross. We have so much fun together. The thing is she wears clothes so well. She is someone that can make a little Zara dress look amazing. She can make a $69 dress look like it’s thousands of dollars. I’d do anything to have her closet.

My favorite thing about Bow’s fashion is that even though I’m sure it takes hours to perfect it just comes across so effortless.

I’m glad you said that because it’s very, very important and what we always try to do. This perfected sweats and sneaker look. Effortless. You took the words out of my mouth.

And you are designing for both Black-Ish and the college spinoff Grown-Ish. What is that like?

They’re right next door to each other so I’m coming constantly on a bike going across the lot. They basically film at the same time so I am constantly in production and concept meetings. But it’s super fun. I go from working with Yara on all these college students on Grown-Ish and that really challenges my taste. I learn so much from all of them and what Yara is seeing people wear at Yale. Then I get to go back to Black-ish and focus on the family. I really love it.

Overall did you have any big takeaways from the Prince episode and the fifth season as a whole?

Overall it brought back a lot of memories from my beginnings in theater and majoring in theater in college. Working on this episode really brought out the bigness in me and the comedy in me especially from my days on In Living Color. I really felt like I was put back in that zone and it gave me a flashback. I remembered when Jamie Foxx did Prince and I remember cutting out the butt for him. All those memories come flooding back. I really wanted to make it big and to have this episode stand out and it brought the old, young Michelle out. I was in my zone and I loved it. 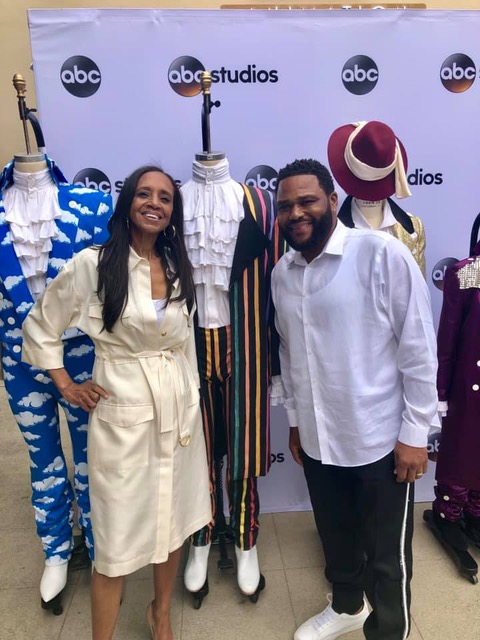 Trailer 'Liberty: Mother of Exiles' - A Significant and Timely Documentary On America's Symbol of Freedom