by Jazz Tangcay
in News, Trailers
1

The first trailer for “The Report” has been released by Amazon Studios. Scott Z. Burns writes and directs the tense political thriller based on the true story of the Senate Intelligence Committee’s report on CIA torture post-9/11.

Adam Driver plays Daniel J. Jones, tasked to report on the CIA’s Detention and Interrogation Program. Leading it all is Senator Dianne Feinstein played by Annette Bening. Together they work to uncover the truth about the CIA’s dealing to destroy evidence and lie to the American public about its “enhanced interrogation procedures.”

The tense thriller out this November follows Jones as he researches the methods used to elicit information. “They waterboarded him 183 times. Everything they got from him was either a lie or something they already had.” Jones (Driver) says. Bening replies, “If it works, why do you need to do it 183 times?”

Watch the riveting teaser trailer below: 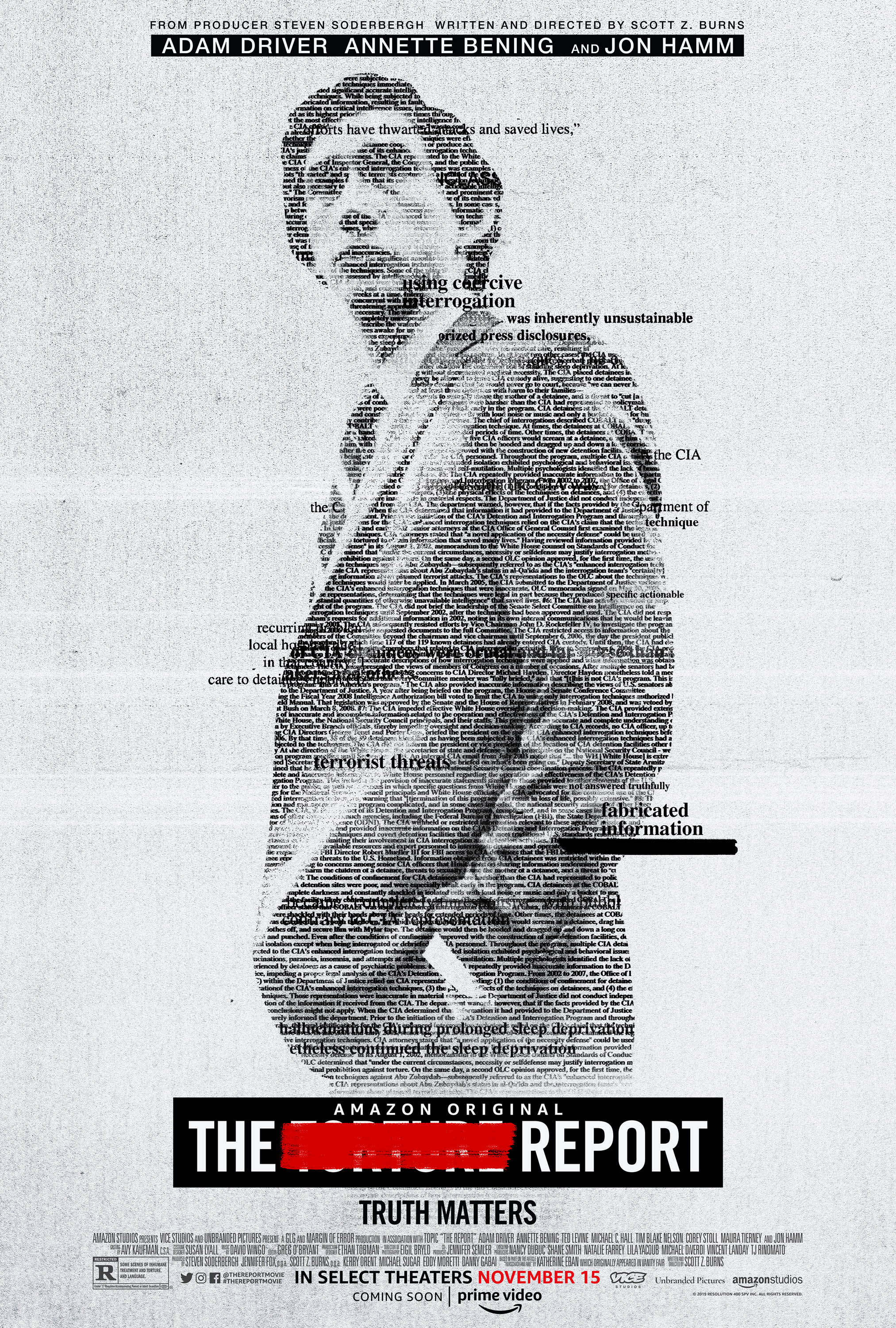 Amazon Studios will release “The Report” in theaters on November 15, 2019, with a Prime Video release set for two weeks later on November 29.