by Jazz Tangcay
in News
4

An original soundtrack for the film Judy will be released on September 27. The film is based on the true story of Judy Garland’s final concerts in London in the late 1960s.

Renée Zellweger who plays the legend Judy Garland is joined by Sam Smith for a  version of ‘Get Happy.’ She teams up with Rufus Wainwright for a beautiful rendition of ‘Have Yourself A Merry Little Christmas’ – both newly-recorded especially for the album.

Long-time Judy Garland fan Sam Smith, said: “When I was 17 years old I did a project on Judy Garland for my Film Studies A-Level. I was immediately immersed into the magic of Judy and her incredibly brave and triumphant story. She has remained as one of the icons of my life. She was one of the bravest humans out there and her vulnerability and honesty in her art still gives me goose bumps like it did the first time. It was truly an honour to sing with Renée. Nobody could have played Judy as well as Renée, and it is a career highlight for me to be singing with her, and in some small way, with Judy. I hope everyone loves the film as much as I did.”

Rufus Wainwright, whose live album ‘Rufus Does Judy at Carnegie Hall’ received critical acclaim and earnt him a Grammy Award nomination, said: “Judy Garland has been a constant force in my life. ‘The Wizard of Oz’ was one of the pyramids of culture that I gazed at as a small child. It’s nice to come back and observe her again in the film
and through this wonderful duet with Renee, her performance is astounding in a film that focuses on the love and the generosity that Judy always had for the world around her. It reminds me of how unique her life and art were.”

Zellweger brings her utterly distinctive vocals to both tracks, and her phenomenal musical performance shines throughout the album.

‘JUDY’ the album features Renée Zellweger’s breath-taking recordings of Judy Garland’s award- winning and most popular numbers, which have become some of the most iconic songs in film and theatre history, including ‘For Once in My Life’, ‘Come Rain or Come Shine’ and ‘Over the Rainbow’, all perfectly capturing the moving intensity of Garland’s electrifying performances. 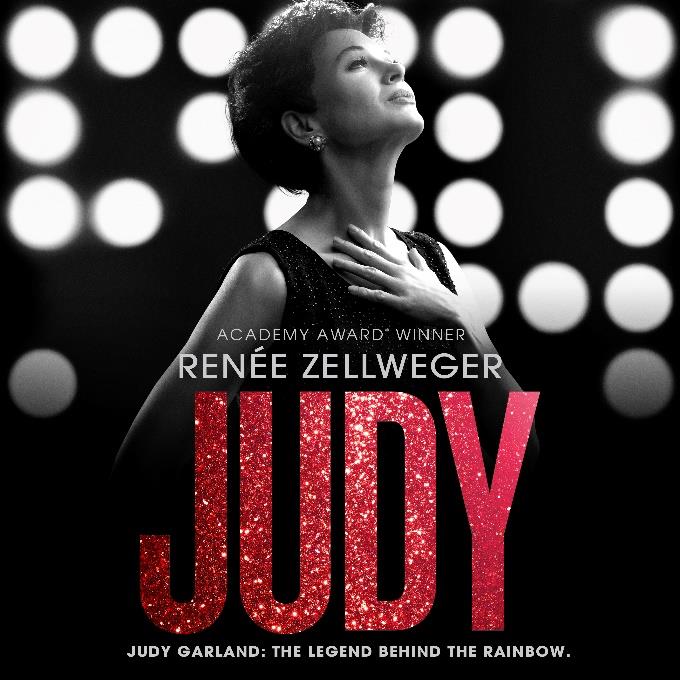 Emmys: ‘Pose’ Is About Love