After the surprising inclusion of JOKER in Venice’s competition lineup, festival artistic director Alberto Barbera revealed in an interview that, to accommodate Hollywood studios’ common hesitance to enter their awards season hopefuls in competition for fear of bad perception if the prize horses don’t win anything, they offered Warner Brothers both a competition and an out-of-competition slot à la A STAR IS BORN last year, expecting to go with the latter. But apparently the studio and director Todd Phillips felt so confident about the movie that they went ahead and took up the more prestigious and riskier offer.

And you know what? They’re right to feel that way. The origin story of the most famous villain in the world of comics, though not your typical festival film by any means and might not get much love from Lucrecia Martel’s jury, is likely to do gangbusters business at the box office on its way to awards glory, including surefire best actor nominations for Joaquin Phoenix.

But let’s go easy on the hyperbole for a second. What kind of movie is JOKER anyway? As suggested in the trailers, it’s a gritty, grimy, glamor-free take on the underbelly of Gotham City that breeds a future criminal mastermind. Arthur Fleck (Phoenix) is a struggling clown with a clinical laughing disorder who gets bullied on a daily basis for his appearance and demeanor. He lives with his ailing mother Penny (Frances Conroy), dreams about making it to the talk show of hero Murray Franklin (Robert De Niro) as a stand-up comedian, has a secret crush on his single-mother neighbor Sophie (Zazie Beetz).

In short, this is a guy with very humble means. And as the movie progresses, we witness the last remaining support systems in Arthur’s life being pulled away and secrets about his connection to the powerful Wayne family revealed, sinking a guy who only ever wanted to make people laugh deeper and deeper into despair until finally he sees nothing but comedy in the cruel, godforsaken world around him.

Phillips, who co-wrote the screenplay, is an effective if not the most subtle storyteller. He communicates the overall atmosphere of mass apathy well, even if the repeated emphasis on Arthur’s predicament and the abuse he suffers might seem a bit excessive. Then again, when we reach the third act, where Arthur is truly falling apart and unwittingly ignited a city-wide revolution of nobodies, the broad, angry strokes of his direction do hit hard. The pivotal scene of Arthur appearing on the Murray Franklin show is staged and cut with such brutal bluntness it perfectly reflects the comically horrifying nature of the situation.

There’s no getting around the fact, though, that Phoenix not only made the film, he is the film. Appearing in essentially every single scene, the notably Oscar-less actor played the role he was born to play and gave it his all. Arthur Fleck is a physically emaciated, behaviorally inadequate character prone to bouts of hysterical laughter. It’s an undeniably flamboyant part that requires lots of smiling cryfaces and manic outbursts. But the true essence of Phoenix’s performance, as always, lies in the quieter moments. Moments where he, after a ruthless homicidal act, shed the skin of Arthur Fleck to find the posture of the Joker through the course of a slow, macabre dance. Moments where he, after fulfilling his lifelong dream and realizing how he’s still being treated as the butt of the joke, calmly shares with a live TV audience the chilling, heartbreaking conclusions he’s come to. It’s in these moments, as well as those ordinary day-to-day exchanges between him and the impeccably cast supporting players (including De Niro via a wonderful role reversal from THE KING OF COMEDY), that you sense how Phoenix is dedicating his entire being to inhabiting such an utterly damaged character.

There are a lot more details that comic book fans will pick up on, but ultimately what struck me the most about JOKER is that it’s an ode to and a requiem for the little people. Those who get chewed up and spit out by the system day in day out. Seen in the context of the movie, Gotham is not a made-up dystopia with crazy Joel Schumacher sets, but a very real, easily conceivable world where people have simply stopped caring about those in need. 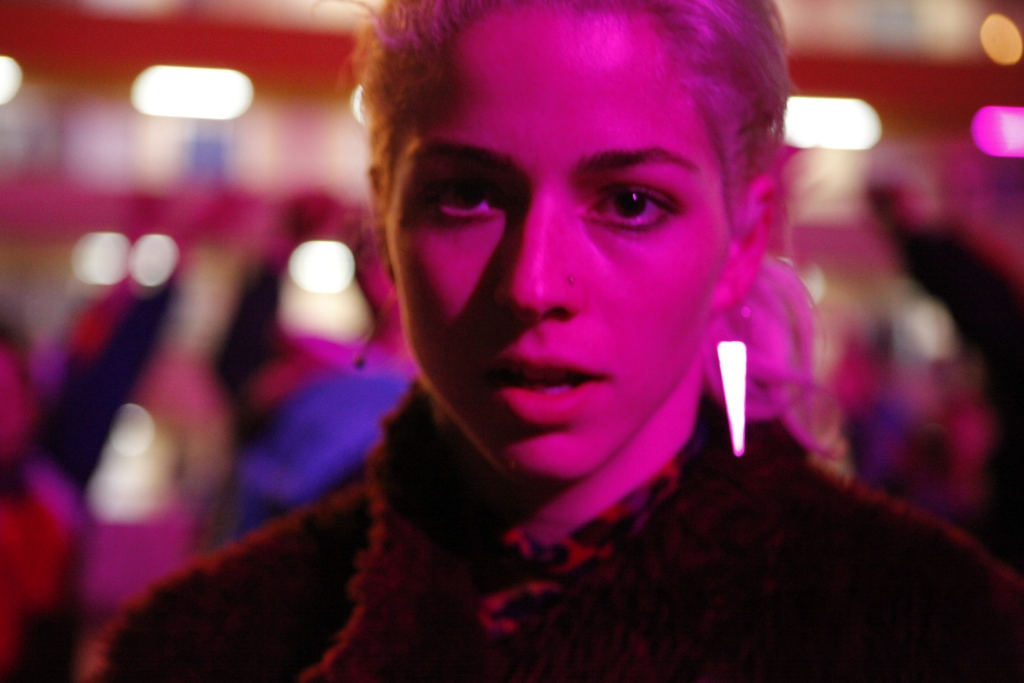 Meanwhile, Chilean director Pablo Larraín’s relationship drama EMA – a film that will not get a fraction of JOKER’s attention but is almost destined for some jury love – screened last night. This was one of my most anticipated titles of the festival, and sure enough it delivered the fireworks – even if in ways I wasn’t expecting.

By far the most experimental film of the director to date, EMA is an impressionistic, erotically charged character study that confounds and dazzles in equal measure. The basic premise is immediately clear: Dancer Ema (Mariana Di Girolamo) and her choreographer husband Gastón (Gael García Bernal) can’t have kids and adopted a son, Polo. After Polo took to playing with fire and caused a horrible accident, the young couple gave him back for adoption in shock. This decision haunts Ema and eventually propels her to go on a journey to find her son and possibly also herself.

With a filmography that includes NO, THE CLUB, NERUDA and JACKIE, at this point I think Larraín might in fact be incapable of doing something that’s not at least wildly interesting – which is certainly the case with EMA, his first feature after directing Natalie Portman to an Oscar nomination in the Jackie O biopic – but it’s so much more too. For the bulk of the film, the narrative is disorientingly fragmented. Ema gets into bitter arguments with Gastón, tries to find a new teaching job, hooks up with a married firefighter, hooks up with her divorce lawyer, hooks up with friends in disco-lit orgies … all the while random dance numbers choreographed to a sexy, psychedelic soundtrack are sprinkled throughout.

Indeed, as much as I wouldn’t claim to know what the film is about exactly, I can tell that music and dance are an essential part of its conception. Not only do they map out the visual and aural DNA of a film that’s sensually arresting from start to finish, they provide the emotional beats the characters might not be able to articulate. As such, Jose Luís Vidal’s expressive, impassioned choreography must be credited while Nicolas Jaar’s strikingly stylish score with traces of deep house can safely be expected to top many a top 10 film music lists by year’s end.

Di Girolamo is mesmerizing to watch as the inscrutable titular character. By turns aggressive, soulful and vulnerable, you can’t take your eyes off her even before her motivations and calculations are revealed in the last 10 minutes – a bona-fide contender for the best actress prize in a week’s time. That is, if the jury does not feel inclined to hand out even shinier statues to Larraín’s film, an investigation of a uniquely female experience that unfolds like a mystery and feels endlessly, defiantly alive every step of the way.