All 21 films in competition at the 76th Venice Film Festival have now been screened, including one stunning final scorcher. My impression (also the general consensus) after seeing them is that overall the quality took a noticeable dip from last year. Which is not to say there aren’t some truly outstanding films I saw in the last ten days, just that there are also quite a few underwhelming ones.

Now before we get into our traditional game of predictions, it’s worth noting that, as opposed to the last few years where the Venice jury was consistently headed by Hollywood insiders (Guillermo Del Toro, Annette Bening, Sam Mendes etc.), this year’s jury president and the jurors hail predominantly from world cinema outside of Hollywood. Amidst criticism that Venice has become too Hollywood/Oscar-friendly with its programming, it was a power move on the part of the festival to appoint Lucrecia Martel – a universally respected female filmmaker and fiercely uncompromising auteur’s auteur – as head of jury. The message is clear: they’re ready to have someone with edgier sensibilities judge their selection.

With that in mind, let’s get on with our silly attempt at guessing which films/performances will win the favor of this decidedly more arthouse-leaning jury (who could just as well turn out to be a bunch of massive JOKER fans).

BABYTEETH is a touching love story that, in spite of its Sundance-y tropes, feels fresh and vital, thanks in no small part to the raw, affecting performances by its two young leads. I see particularly in Wallace, who plays a wild but good-natured small-time drug dealer, great potential to bring his abundant natural charm to a whole range of future characters. 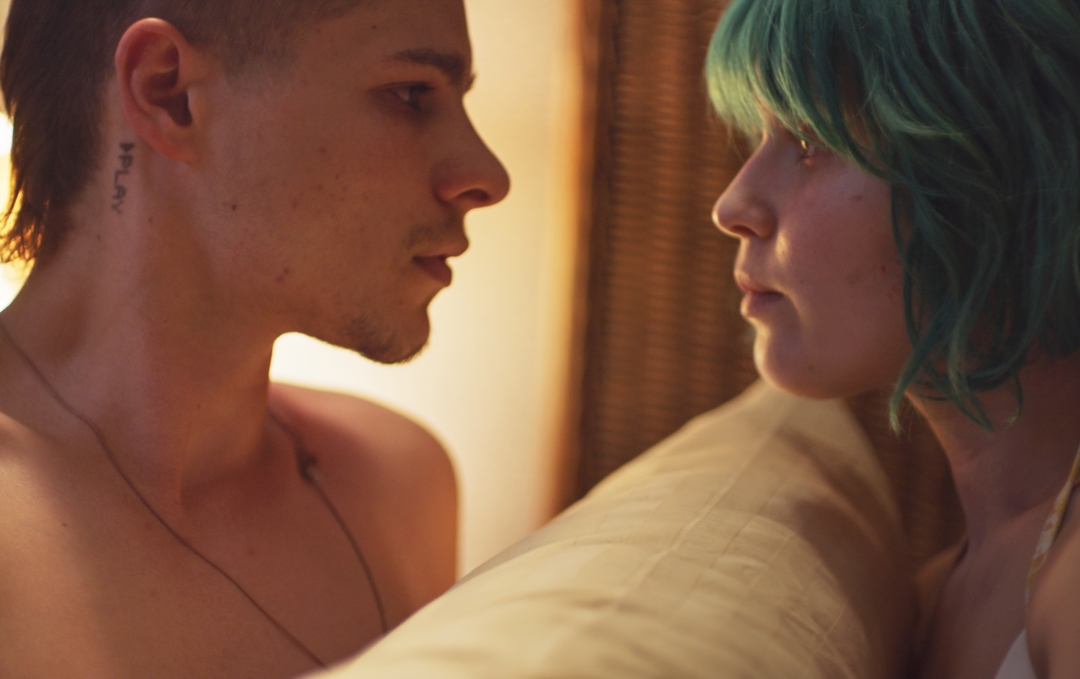 Also possible: Mariana Di Girolamo as the enigmatic, dangerously enchanting titular character of EMA and Petr Kotlár as the tortured voice, body and soul of THE PAINTED BIRD.

Will win: THE TRUTH
Should win: JOKER

A tricky one as there are many high-profile adapted screenplays this year, which festival juries often dismiss in favor of original works. In that regard AD ASTRA, GLORIA MUNDI, MARRIAGE STORY and THE DOMAIN would seem to have a slight advantage. For my money the jury could think of that lovely film they saw on opening night again after sitting through an altogether less-than-stellar lineup. Other adapted screenplays in contention include SATURDAY FICTION, WAITING FOR THE BARBARIANS and MARTIN EDEN.

To my own surprise, I look back at this group of films and found JOKER to be an unlikely achievement in screenwriting. For all its excess (direction or performance-wise), the film features an origin story that’s strikingly rich in details and pathos. If the jury could overcome any allergies to comic book movies, it may surprise here or even in other categories such as…

A crazy tight race this year, where I see at least seven credible winners:

Depending on how the jury would like to handle press questions afterwards, I think Dujardin has a very good chance of winning for Polanski’s well-received if controversial film. Driver obviously doesn’t have the baggage and he’s so very good too in MARRIAGE STORY, one of the most beloved titles of the festival, so that’s how I think it could pan out.

On the female front it doesn’t look quite as competitive. Scarlett Johansson is a possibility for MARRIAGE STORY and one should not ignore Gong Li, film icon and previous Venice best actress winner in 1992, for her star turn in SATURDAY FICTION. But right now I’m betting on the jury looking to recognize young, exciting talent over established names/legends with their choice. In which case Di Girolamo would probably be the one to beat.

Hard to call as the director prize and the three “top” prizes are generally just handed out to the jury’s four favorite films. Lou is literally just a hunch (it should be noted that SATURDAY FICTION has not been very well received here on the ground), the winner here and those predicted below could shuffle every other way.

Will win: THE PAINTED BIRD
Should win: WAITING FOR THE BARBARIANS

THE PAINTED BIRD is arguably the most shocking film in competition this year. Its ceaseless, near-parodical depiction of violence prompted waves of walk-outs at the press screening. At the same time, it has earned rave reviews more or less for putting the viewer through hell. Personally I’m more suspicious than appreciative of what it’s trying to do but in any case this is not a film that you can ignore. I could easily see it winning something major, if not the Golden Lion itself. 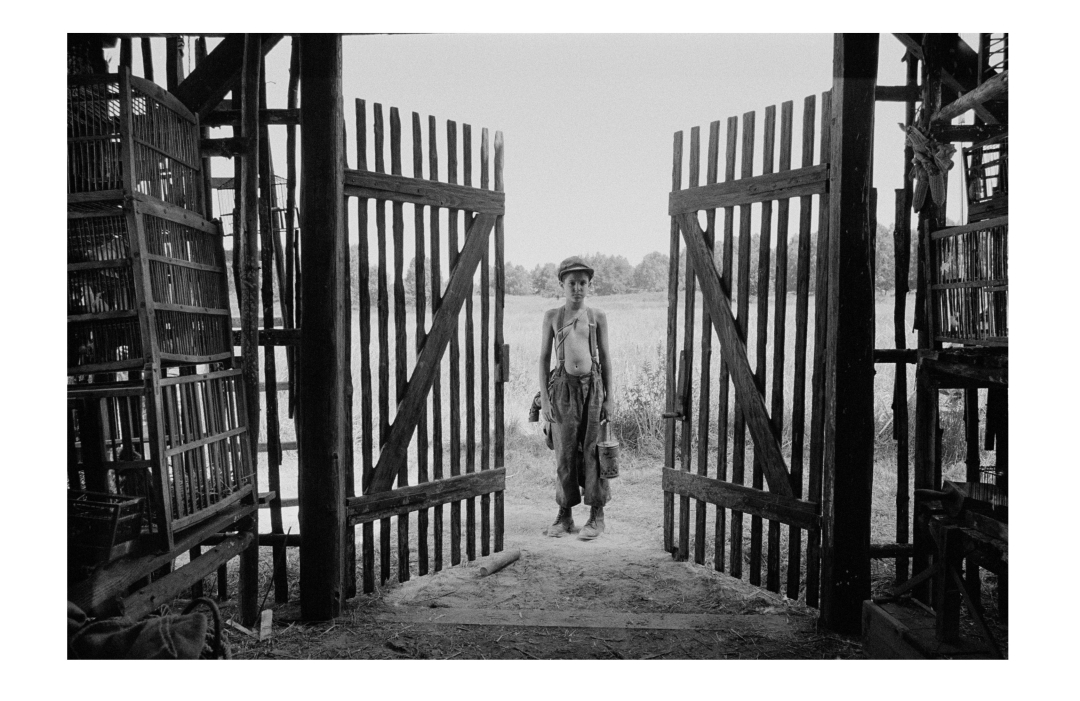 I have a hard time picturing MARTIN EDEN going home empty-handed. It’s beautifully written, inventively directed and carried by a superb lead performance. If the jury chooses not to recognize any of its individual achievements, one of the top prizes, including the Golden Lion, could conceivably happen.

Will win: WAITING FOR THE BARBARIANS
Should win: AD ASTRA

It’s never a good sign when your film is scheduled at the very tail end of the festival, when a lot of the press have already left town. Maybe such lowered expectations played a part, but color me surprised to be properly wowed by Columbian director Ciro Guerra’s English-language debut (another red-flag) WAITING FOR THE BARBARIANS, which just screened this morning.

The (extremely) slow-burning drama is told through the eyes of a kind-hearted frontier town magistrate (soulfully portrayed by Mark Rylance) of an unnamed empire. He witnesses the seeds of xenophobia being sown after the arrival of the evil Colonel Joll (Johnny Depp) and an equally bigoted junior officer Mandel (Robert Pattinson), tries in vain to prevent violence and apathy from taking over, until it’s too late to stop the only, tragic outcome of men’s blindly hateful deeds.

We’ve admired Guerra’s directorial prowess before, here he tries out an even more deliberate pace and stripped narrative style that would test the patience of many during the first hour of the film. As it slowly builds toward the promise of destruction and war, however, things come together in an entrancing, powerfully compelling way.

It’s obviously a risky pick on my part, but considering the message, craft, performances involved and the sheer scale of WAITING FOR THE BARBARIANS, I believe it has what it takes to win over the jury in the last minute.

The winners of the 76th Venice Film Festival will be announced tomorrow Sep. 7th.

TIFF Review: Portrait of a Lady on Fire