2019 Emmys: Are Sandra Oh & Billy Porter in Danger of a ‘Game of Thrones’ Sweep?

This year’s lead drama acting categories are interesting because they can go one of two ways. The frontrunners include a handful of overdue actors waiting to win their first Emmy with some of the most buzzed about performances of the year. On the other hand it’s also a possibility that voters instead choose to give Game of Thrones a major sendoff that extends all the way to the two lead nominees Emilia Clarke and Kit Harington.

But when was the last time Emmy voters went out of their way to award male-female duos at the Emmys? Last year Matthew Rhys won for The Americans while Kerri Russell lost. Elisabeth Moss couldn’t win for Mad Men. Voters never rewarded Kevin Spacey and Robin Wright. But it has happened three times in the past twenty years most recently in 2012 with Claire Danes and Damian Lewis for the first season of Homeland. The other two times were both for The Sopranos leads in 2001 and 2003 but surprisingly both of those years the show lost to The West Wing.

It’s interesting to think that Clarke and Harington are possibly about to do what most iconic pairs could not. Two-handers like Spacey  & Wright, Chandler & Britton, and Rhys & Russell. In fact when you put it in terms like that it seems incredibly unlikely. So instead 2019 could become the year of beloved performers, after years of work and nominations, finally being recognized.

After losing last year’s Emmy Sandra Oh has gone on to sweep every major award from the Golden Globes to the SAG Awards to the Critics’ Choice. She became only the second dramatic actress to do this after Claire Danes. On top of winning every major award and Killing Eve becoming one of the most popular dramas of the year Oh is also having a career defining year. She is also nominated for hosting Saturday Night Live and she made headlines as the cohost of this year’s Golden Globe Awards.

No other nominee in the category has had as big of a year as Oh so why isn’t she considered an obvious lock? Emmy voters loved the second season of Killing Eve so much that they even nominated newcomer Jodie Comer making the duo the first double nominee in the category in 17 years. In recent years vote splitting has become a big factor at the Emmys especially when both nominees are equally popular. While voters aren’t as familiar with Comer as they are with Oh she has quickly become one of the most talked about performances of the year. Her performance as Villanelle is shocking, terrifying, and most importantly unpredictable. But is that enough to complicate the race? 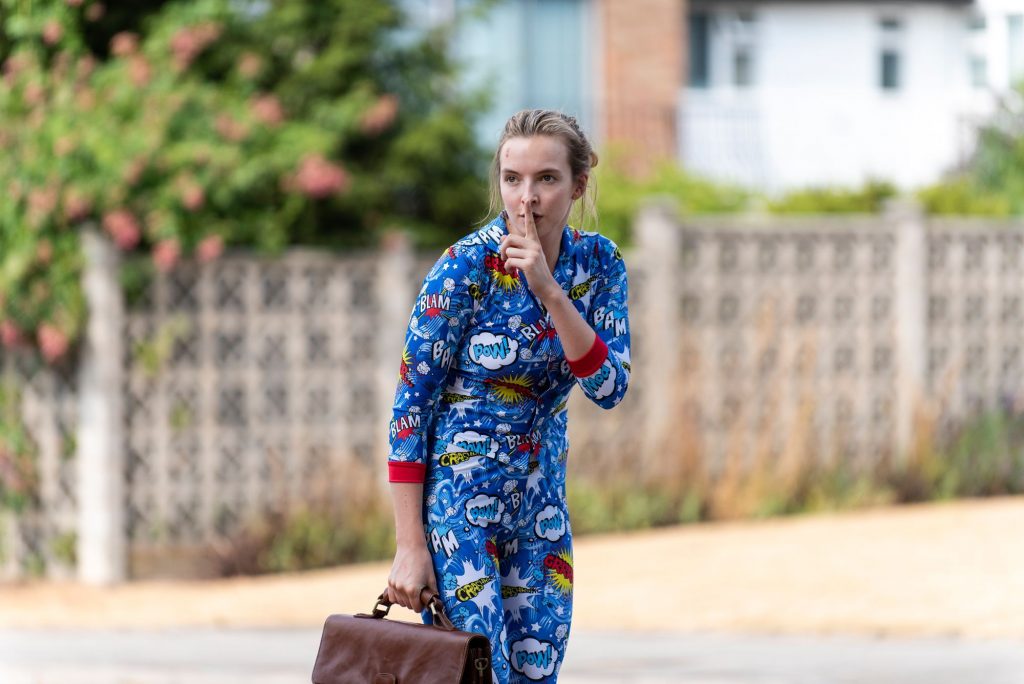 But who exactly benefits from the stars of Killing Eve splitting the vote?  This is where the threat of a Game of Thrones sweep comes in.

Way back in the third season Emilia Clarke became the first woman from the ensemble nominated at the Emmys and the second actor overall after Peter Dinklage. Since then she has received four Emmy nominations and for the first time is nominated in the lead actress race. Since then she’s become the biggest star to emerge from the show starring in two beloved franchises and multiple romantic comedies. On top of all that it’s also come out that she had a major health scare while filming earlier seasons and almost lost her life. There’s a chance that the Television Academy will want to reward her for the role that made her famous before she enters the next phase of her career.

But a lot of the frustrations with the final season were directly tied to Daenerys and the sloppy way her downfall was written. Her controversial descent into madness angered a lot of her fans who thought that the fan favorite deserved a better sendoff. Could this become a factor in the minds of voters? Will there be some that rally behind Clarke and her fan favorite character as a way to reward her for what she was put through in the final episodes? It isn’t out of the question.

What about the other nominees? A couple of years ago Viola Davis and Robin Wright shockingly lost to Tatiana Maslany but this year neither actress has the momentum to win. After being left out of the category for the first two seasons Mandy Moore was finally nominated for This Is Us. Unfortunately she wasn’t given as much material to work with this year although there are hints that the upcoming fourth season might be a major year for the actress.

The other actress that we might be underestimating is Laura Linney. Throughout her career she has won four Emmys out of five nominations. Maybe voters love her enough to award her a fifth win. Getting in her way is the fact that most of the buzz for Ozark has been zeroed in on her onscreen husband Jason Bateman.

In the end this is still Sandra Oh’s award to lose. Voters have wanted to see her win since the days of Grey’s Anatomy and they clearly love Killing Eve. If and when she does win  prepare for one of the biggest standing ovations of the night.

Six months ago the Outstanding Lead Actor in a Drama Series race seemed pretty wrapped up. Ozark became one of the most watched dramas in streaming and Jason Bateman won the SAG Award while also picking up major nominations at the Golden Globes, DGA Awards, and PGA Awards. He’s a well-liked actor with a long history in the industry and it finally felt like he was going to win his first Emmy after seven nominations.

Since then one name has shaken up the entertainment industry: Billy Porter. When the Tony-winning actor wasn’t captivating audiences on Pose he was establishing himself as one of our greatest fashion icons both at the Oscars and the Met Gala. After decades of fighting to be acknowledged in Hollywood he is finally being recognized by his peers.

Over the past year Porter has inspired audiences with his own personal story. He’s an actor that fought to have his story told and is someone who actually lived through the beauty and pain depicted on Pose. He’s paved a path for himself in an industry that wanted nothing to do with him and has become an inspiration to millions of people and a symbol for anyone who has been cast aside. 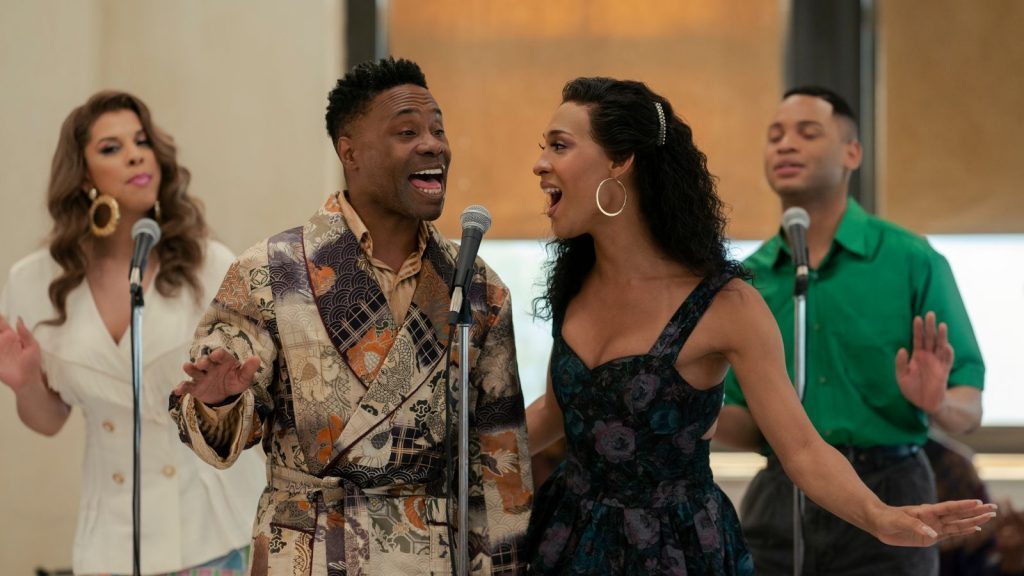 It’s also a performance that pulls at the heartstrings in a way that no other nominee this year does. While the other performances are involved in drug crimes or fighting for a throne Pray Tell is fighting to survive as an HIV man in the 80s. In his submitted episode audiences watched as his life partner dies of the disease.

At event after event Ryan Murphy told audiences how Porter fought to be a part of Pose because it was his story; it was something he lived through. Hearing his story and watching his performance on Pose is an undeniable narrative and it’s hard to imagine the television academy honoring anyone else come Emmy night.

Because 2019 is the year of Game of Thrones Kit Harington is an automatic factor in this year’s lead actor race. However unlike Emilia Clarke he doesn’t really have a strong argument to win. He’s only been nominated once before. Fans don’t feel the same way about Jon Snow the way they do for Daenerys, Cersei, or Tyrion. So if Harington does indeed win it will be because Game of Thrones is winning literally everything.

What do you do with an actor like Kit Harington? Emmy voters notoriously don’t reward handsome leading men and his action-packed performance isn’t the type that actors tend to celebrate. But what if voters simply want to go down the ballot and vote for their favorite show in every category?

For the past eight years this category has consistently rewarded actors in the first or final seasons of their shows. In fact no actor has won for a middle season since Bryan Cranston’s first sweep nearly ten years ago. If this trend continues it means bad news for Sterling K. Brown, Milo Ventimiglia, Bob Odenkirk and once perceived frontrunner Jason Bateman.

This was a big year for Better Call Saul. For the first time in the show’s four seasons the actors branch embraced the character study in a major way both at the Emmys and SAG Awards. In all likelihood this isn’t the year for Bob Odenkirk but it does boost his chances for upcoming seasons. There might be a chance that he continues to build up momentum and finally wins for the show’s final season whenever that may be.

A Snapshot of the Toronto Film Fest and Best Picture