2019 Emmys: Will Vote Splitting Become a Factor In The Drama Supporting Races?

Shockingly this has happened twice before. In 1982 Hill Street Blues saw seven of its supporting players nominated – including a sweep of the entire supporting actor lineup. More recently in 2002 Emmy voters nominated seven actors from The West Wing. That year West Wing swept both supporting races (and lead actress too). Both dramas ended up winning the top award as well.

This could be very good news for the Game of Thrones ensemble. But now there’s a completely different voting system and asking thousands of voters to coalesce behind a single nominee when everyone is passionate about their own favorite character might be an impossible task. So what other performances and shows are popular enough to stand out?

Supporting Actor in a Drama Series

Emmy voters can’t get enough of Peter Dinklage. He’s won under the juried panel voting system. He won when the ballots were ranked. He won with a simple popular vote. He even won last year when he barely had any memorable material. With eight nominations he’s become the most nominated actor in the category. He’s currently tied for the most wins and might set a new record if he wins again.

So why should we expect anything different from voters now that he’s nominated for his eighth and final time as Tyrion? 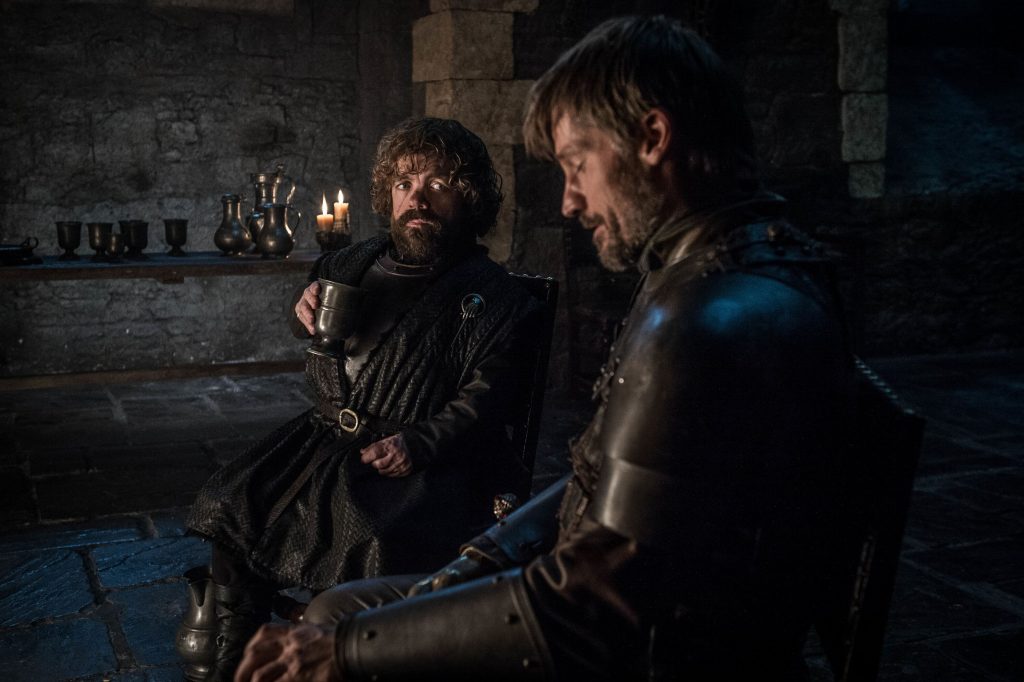 An argument can be made that the men of Game of Thrones might split the vote but Dinklage is one of the few actors to overcome that recent trend. He’s been nominated alongside his costars before and this year’s inclusion of Nikolaj Coster-Waldau and Alfie Allen probably doesn’t change the race.

If voters were rewarding the best performance of the three than they should be paying closer attention to Alfie Allen. After an entire run of Theon being one of the most insufferable characters on Game of Thrones he was surprisingly given one of the most satisfying conclusions in the final season wrapped up in a perfect redemption arc.

But what if voters are tired of rewarding Dinklage year after year? Is there anyone else that they might gravitate towards?

The actors branch embraced Better Call Saul in a major way this year and for the first time, Jonathan Banks is nominated against a costar, Giancarlo Esposito. Joining an exclusive list both actors have now been nominated for playing the same character in two different shows.

Michael Kelly received his fourth and final nomination for House of Cards as the slimy Doug Stamper. In the final season, Doug goes head to head with Claire Underwood climaxing in the final moments of the series but voters have mostly fled the show after Spacey was accused of sexual assault.

If there’s any chance of an upset in the supporting actor race, it likely comes from a nominee hardly anyone was even predicting, Chris Sullivan. As Toby, he has become one of the most beloved characters on This Is Us. Audiences watched as he and Kate struggled with fertility while also getting a deeper look into his battle with depression and anxiety.

Chris Sullivan is also the kind of actor that the television academy loves to celebrate. The lovable character actor has popped up in several major shows over the past ten years including Stranger Things, Camping, The Americans, SVU, Curb Your Enthusiasm, and even Peter Pan Live. Now he’s found his breakout role and audiences are falling in love with him. He’s the obvious choice for any voter that doesn’t feel like falling in line behind Game of Thrones, especially since we know that actors are watching This Is Us. 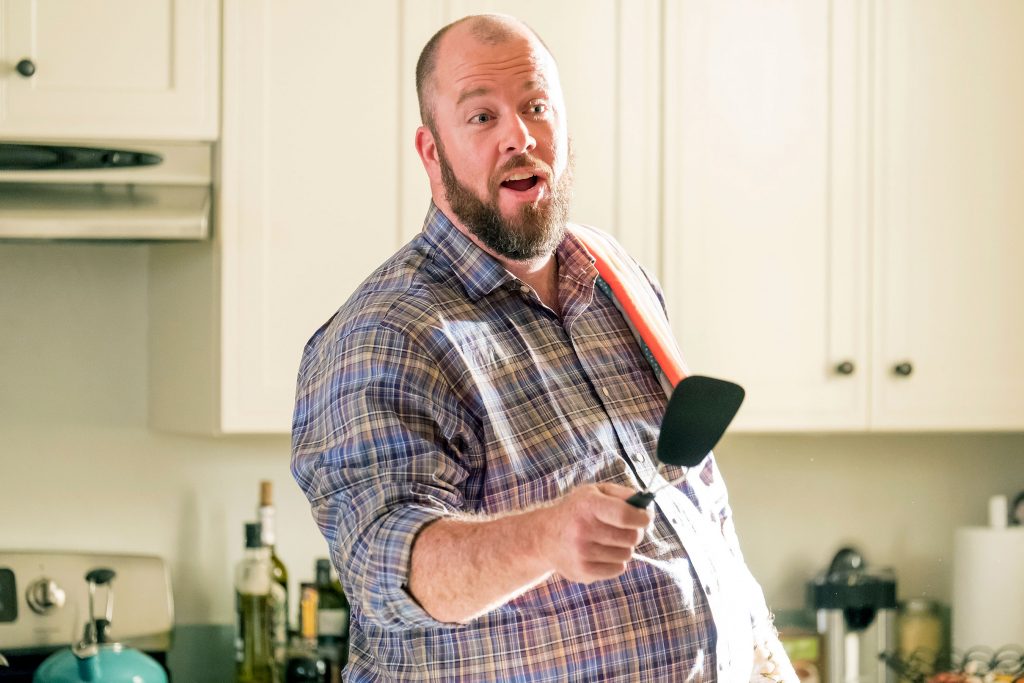 Chris Sullivan, This Is Us

Supporting Actress in a Drama Series

On the other end of the spectrum, the supporting actress doesn’t seem to have even a sliver of a frontrunner and awards pundits don’t have a clue on how to narrow down the race.

Complicating the category so much is the fact that FOUR women from Game of Thrones are nominated: Gwendoline Christie, Lena Headey, Sophie Turner, and Maisie Williams. Year after year the women of Game of Thrones are nominated and have been canceling each other out but four of them have never been nominated in the same year before. With voters realizing this is their last opportunity to vote for their favorite characters and performances there’s a chance that one of them can finally win if voters just decide on which one.

No other moment from the final season is as beloved Arya coming out of nowhere to save all of humanity. Immediately her slaying of the Night King became one of the best moments of the show and will probably go down as one of the most iconic moments in TV history. Because of that Maisie Williams became an early frontrunner to win the Emmy but is that enough to win? At 22 she is significantly younger than the typical winner. But fans of the show love Arya and plenty of voters might want to celebrate the entire arc of their favorite Stark.

Since then another strong contender has come up largely out of nowhere in Gwendoline Christie. Over the years Brienne of Tarth has gone from a minor character to the heart and soul of the show. In the final season, she became one of the most talked about characters from the sentimentality of being knighted on possibly the last night she was alive or the heartbreak of Brienne and Jaimie.

Then there’s the fact that HBO didn’t even have enough faith in her to submit her for consideration. Christie had to submit herself and in the end, voters rallied behind her. That in itself became a buzzed about story. The narrative is there and it helped her become the most talked about of the four women right as voters were filling out their ballots.

With so many nominees from Game of Thrones, it’s pretty easy to see who doesn’t have the momentum. For Sophie Turner her first nomination was the reward. She wasn’t given the same level of material in the final season compared to the other actresses and Sansa is a pretty polarizing character although fans have finally warmed up to one of the most misunderstood players of Westeros.

Before the season even premiered it was widely believed that this would finally be the year of Lena Headey. Then the season happened and fans all but physically rioted as one of the best villains in television history was given a sendoff unbefitting of a queen. It’s hard to imagine voters singling her out in such a crowded lineup but they might choose to reward the body of work and if that’s the case no one else is more deserving.

Complicating the category, even more, is the fact there isn’t really one clear alternative to Game of Thrones. The other two nominees both come from popular shows especially within the actor’s branch of the television academy.

After her surprise SAG nomination, Julia Garner became the performance to watch. The 25-year-old actress had a breakout year in 2018 both with her return to Ozark and critically acclaimed performances in Maniac, Waco, and Dirty John. As spitfire Ruth Langdon she has become a fan favorite on Ozark and voting for her would be the best way to honor the show this year. But is she hindered by her age just like Maisie Williams?

Then there’s Fiona Shaw who is nominated for her performance in Killing Eve. The respected British actress much more closely fits the mold of a typical Emmy winner. She has decades worth of credits ranging from decades of work in theater and television to mainstream hits like Harry Potter. She’s also nominated for a guest Emmy this year and that combination worked out well for Ann Dowd two years ago. Killing Eve is also incredibly popular this year across all peer groups including the actors. But does her role as the head of the Russia desk at MI6 come with enough material to stand out in such a competitive year? 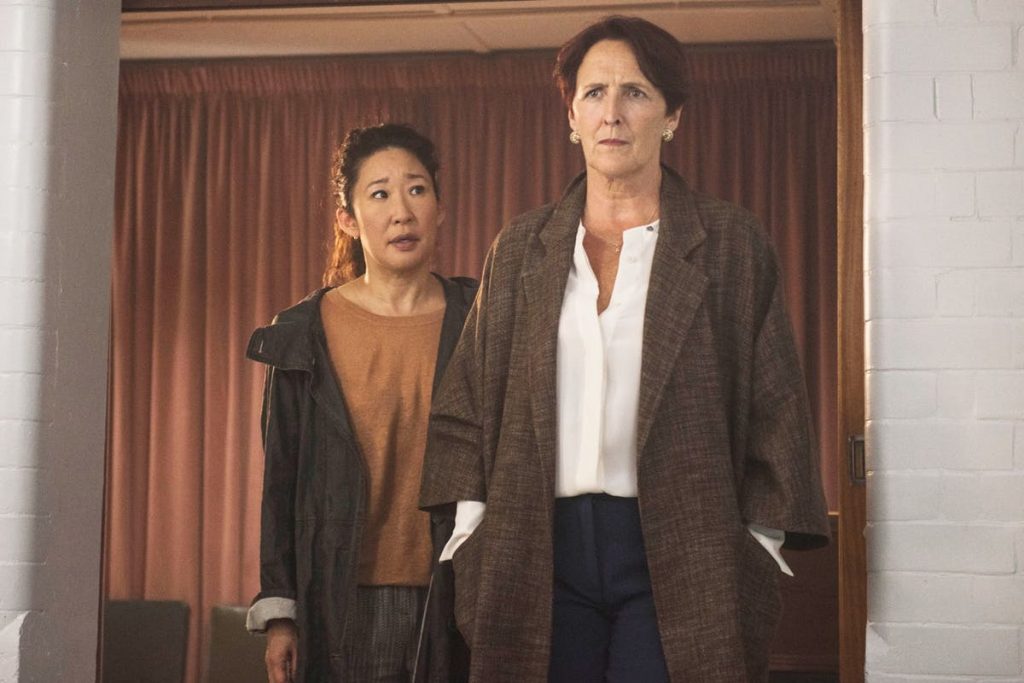