2019 Emmys: Analyzing the Winners of the Creative Arts Awards

Over the weekend the Television Academy announced the winners in the Creative Arts categories. Some of the biggest winners of the weekend included Game of Thrones (10), Chernobyl (7), Free Solo (7), and The Marvelous Mrs. Maisel (6).  In some ways the weekend went as expected with Game of Thrones nearly beating its own record. On the other hand there were quite a few shocking wins and snubs, particularly in the guest acting races.

Overall it was a big weekend for HBO with the network winning 24 Emmys. The prestige network is going to have a big night at the main ceremony and there is a huge possibility that it sweeps all of the top program awards. But it was also a big night for Netflix with the streaming service winning 17 awards primarily in the reality and documentary categories.

The biggest surprise of the four guest acting categories was the fact that Phyclia Rashad lost. The legendary actress has still never won an Emmy and many thought Rashad obviously aligned with past winners. She’s a veteran actress with decades of work in television and actors have proven to love This Is Us.

What does this trend mean for the main ceremony? Since voting was opened up to more members we’ve seen the most popular shows sweeping acting awards. What shows are going to benefit from this possible trend. Keep an eye on the ensembles of The Marvelous Mrs. Maisel, Game of Thrones, When They See Us, and possibly even Fleabag to take home multiple acting prizes.

The interesting thing about these wins is that we often look to them as key indicators of who is ahead to win at the main ceremony. But we do have to take these wins with a grain of salt. Just last year the wins at the Creative Arts ceremonies led us all to believe that Atlanta and The Handmaid’s Tale were going to have big nights at the main ceremony. Both went home empty handed. The year before The Night Of  looked like a surprise frontrunner after winning four below-the-line races. In the end it only won one more Emmy.

After winning the Best Documentary Oscar, Free Solo went on to sweep the Emmys winning seven awards. As far as we can tell this is a record for a documentary at the Emmys which is all the more astonishing considering it wasn’t even nominated for a top program award. But it does raise a question. Is it fair for some documentaries to compete at both the Oscars and the Emmys? It’s become increasingly popular in recent years with plenty of high profile docs double dipping.

There were also plenty of wins to celebrate. At the age of 97 Norman Lear became the oldest winner in Emmy history for producing the ABC special celebrating his classic sitcoms. Hannah Gadsby won a writing award for her extraordinary Netflix comedy special Nanette. Rachel Bloom finally won an Emmy for the music of Crazy Ex-Girlfriend. Emmy voters showed One Day at a Time some love. With four consecutive wins RuPaul has tied Jeff Probst as the biggest winner for Outstanding Reality Host.

For a full list of the weekend’s winners check out our night one and night two posts.

As the winners were announced voters made it loud and clear that they’re all in for the final season of Game of Thrones. Throughout the night the drama won ten awards, almost beating it’s own record before even getting to the Primetime ceremony. “The Longest Night” was even able to overcome vote splitting in the picture editing category. Does that mean the episode might be able to do the same in the drama directing race next weekend?

In fact Game of Thrones only lost four categories; prosthetic makeup (Star Trek: Discovery), production design (Chernobyl), hairstyling (The Marvelous Mrs. Maisel), and guest actress (Cherry Jones, The Handmaid’s Tale). The fact that it lost two of those awards to different genres and the other two to shows not even nominated for the top prize is even better news for the juggernaut final season. 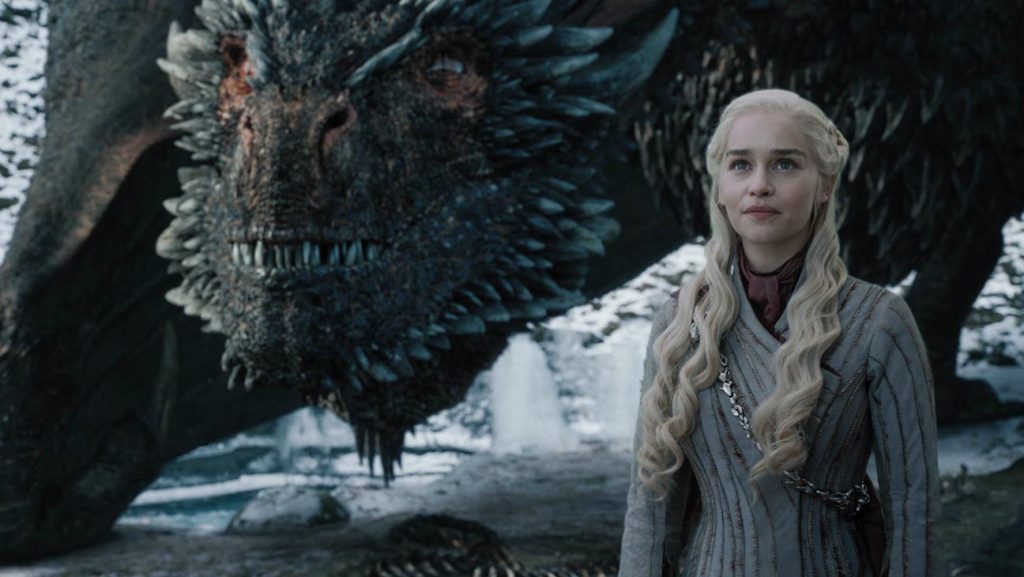 The biggest surprise from the crop of drama winners was that Emmy voters are still obsessed with The Handmaid’s Tale. The HULU drama took home three more awards for production design and guest actor and actress. Whitford was the frontrunner in his category but the win for Jones came as a huge surprise especially since she was nominated for the same performance last year. Look out for the third season to be a major player in the 2020 race.

Over in the comedy categories the winners were much more spread out among the series nominees. Barry won two sound awards. Russian Doll won three awards. Fleabag won two key categories; casting and picture editing. The casting win for Fleabag is particularly telling because ever since voting has expanded it has tended to align with the top award or at least an acting award or two. 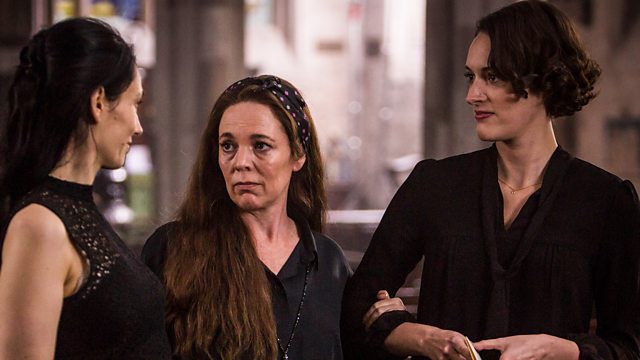 The most popular comedy of the night was The Marvelous Mrs. Maisel. The reigning winner took home six awards including both guest acting categories. It beat Fosse/Verdon in categories for music supervision and costumes – two categories that seemed like locks for the Broadway biopic. Possibly the most shocking win was the fact that it even beat Game of Thrones in the cinematography race. At this point last year Maisel only won three below-the-line awards before sweeping the main ceremony. Anything can happen but it’s pretty clear that The Marvelous Mrs. Maisel is as popular as ever.

Surprisingly the only comedy frontrunner to go home empty handed was Veep. The final season of the award winning comedy lost its bid for casting, sound mixing, and production design. Even Peter MacNicol lost the guest actor category – a win that should have been a slam dunk. Since Veep started winning the top prize its always won at least one below-the-line award. Is this the final sign that it’s out of the race for Outstanding Comedy Series?

So do the winners from the Creative Arts Emmys give us a better idea of what’s to come next weekend? The Marvelous Mrs. Maisel was the big winner of the night. But Fleabag won awards for casting and picture editing, two key awards. With two sound awards Barry can’t be counted out either.

Other than Game of Thrones the big winner of the weekend was Chernobyl. The historical drama won seven Emmys nearly sweeping the night. It was so popular across the board that it even won an Emmy for production design over Game of Thrones. Overall voters celebrated its achievements in sound mixing, sound editing, production design, picture editing, cinematography, original score, and visual effects. It was even able to overcome vote splitting and win for picture editing.

Obviously it was a big night for Chernobyl and the question needs to be asked of whether or not it’s the clear frontrunner for Outstanding Limited Series. Under these new voting methods a sweep like this unprecedented. No recent limited series (including the past four winners) has won that many below-the-line awards. In fact the most won in a single night recently has been four each for both seasons of American Crime Story and The Night Of.  Is this broad support going to carry over into the main ceremony? 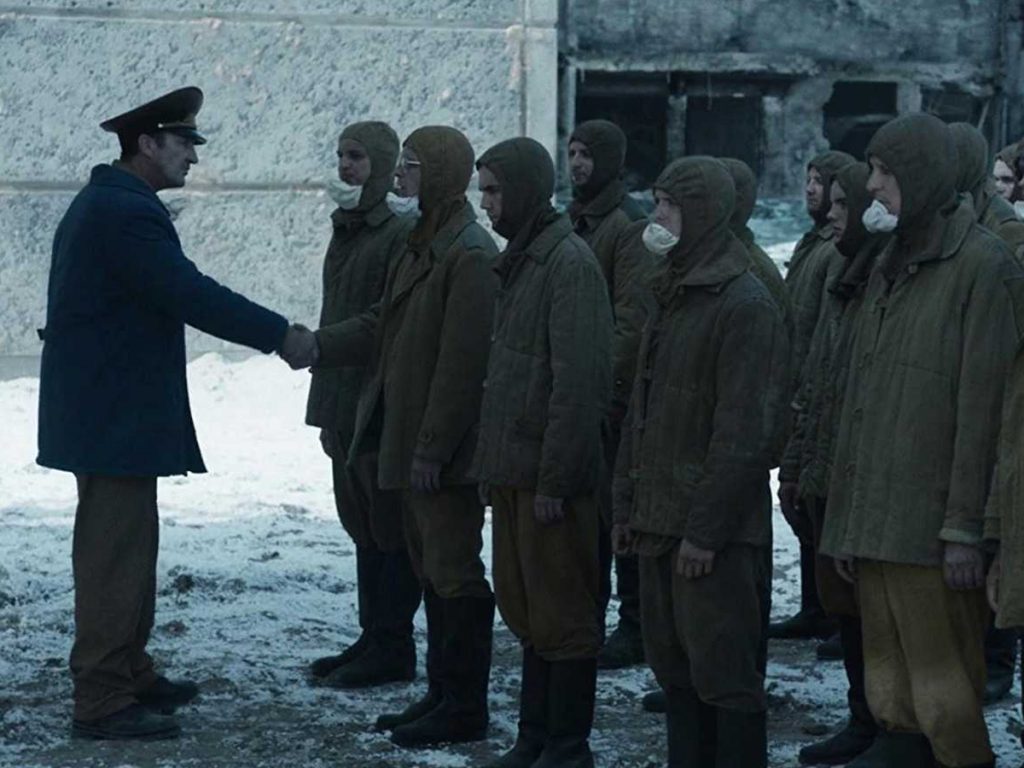 The most consistent bellwether for Outstanding Limited Series has been the casting award. For the past seven years its lined up with the top award. This year the award went to When They See Us. That win is key for the limited series and it was the only win it needed in the below-the-line categories. It’s greatest strength has always been the actors and Ava DuVernay so the Netflix drama is still very much in the race.

Fosse/Verdon also won three Emmys over the weekend for hairstyling, makeup, and music direction. It’s nominated for seven awards at next week’s ceremony and a biopic about Gwen Verdon and Bob Fosse might particularly resonate with performers and directors.

Emmy Confidential: This Actor is All In for the Final Season of 'Veep'