Throughout the week, we’re revealing the thoughts and preferences of voting members of the Television Academy in our annual Emmy Confidential series. In today’s installment, a hard-working actress reveals her selections in the main categories and her thoughts on that tricky Best Actress in a Comedy Series race.

Our Working Actress has been on her share of sets in the last few television seasons. In addition to performing on big, respected shows (some of which are nominated for this year’s top prizes), she’s also landed noticeable gigs in smaller shows on streaming platforms. She was even featured on this year’s nomination ballot. Our Working Actress does it all, and she loves working. 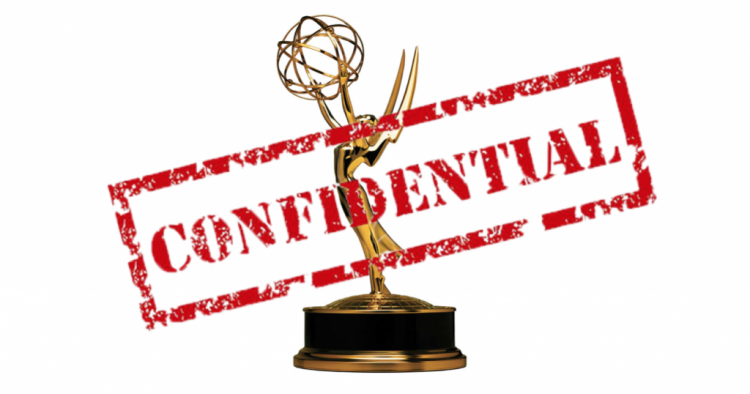 One of my favorite things that our Working Actress made a point of telling me was how she didn’t think it was fair to vote for something if she didn’t see enough or all of it. We all know that there are voters out there who blindly cast their votes for things they’ve heard or their good friends participate in. She takes her voting very seriously, and she wants to avoid the same winners from repeating over and over again to spread the wealth. It’s a refreshing frame of mind, and I hope her votes lead to some wins.

In addition to the top three series prizes, I wanted to ask about the insanely competitive Lead Actress in a Comedy Series category because it has the potential to lead to a really fun outcome. Will a new face take home the Emmy, or will Julia Louis-Dreyfus remind us all why she’s the Queen of the Emmy Awards?

Game of Thrones—no. It’s going to get enough votes anyway, so there you go. Better Call Saul has that audience from Breaking Bad, but I fell asleep watching some episodes. I think that’s a bad sign! It kind of bored me even I could recognize how well acted it is. I watched the first episode of Bodyguard and thought it was really great, and I saw a really great episode of Killing Eve at an event.

I watch Ozark, and I really love that show. I watched snippets of Pose, but I haven’t gotten into it yet. I think it’s great that Billy Porter is the first gay, black man to be nominated, but I don’t think it’s as good as the others here. My husband is obsessed with Succession, but it’s not enjoyable since everyone is so unlikable. I just love everything about This Is Us, so that’s what I voted for. Every season has been great. They are so unique with how the story jumps around in time, and the actors really stretch themselves to play different ages. The writing, the directing, and the acting are top-notch. Everybody brings it on that show. It’s an enjoyable watch. It might make you cry—but not in a bad way. I went with what made me feel good.

I voted for When They See Us. Chernobyl is supposed to be amazing–I caught bits and pieces of it, and my husband is really into it. The show is one of those shows that gives me anxiety. It wouldn’t be surprised if it won since it was so big at the Creative Arts ceremony. For all of the shows, except Chernobyl, I went to the FYC events for them, and they show one episode and there’s a Q&A and reception. For Escape, Fosse, and Sharp, they jump in with a later episode instead of the first one, so you’re kind of lost and wondering what’s going on.

With When They See Us, they showed the first episode. It really grabbed my attention. I thought it was arresting—the writing, direction, and acting. Wow. Even with my love of dance, I thought the acting in Fosse/Verdon was great. I hadn’t had the context when I saw it, so I didn’t take to it as immediately. The episode of Dannemora that I saw was just really long. It was like a movie, and I thought they should have trimmed it. I couldn’t wait to escape…Escape at Dannemora. But it is well done! Sharp Objects was something that I want to watch more of. When They See Us was easy to vote for. I went to an event for it, and the men were there. It’s the more important series.

I wasn’t a lover of Schitt’s Creek, but I think it’s cool that it got in after so many seasons. It’s just not for me. I loved The Good Place‘s first season, but this season wasn’t as funny. I didn’t enjoy it as much. Veep and Mrs. Maisel are always strong. With Fleabag, I thought Phoebe was good, but I didn’t think the show overall was as good as Veep or Maisel. How was I going to pick between those two and Barry? There are 3 of my favorite shows. Ultimately, I ended up choosing Barry. I am not sure if I liked Veep this season as much as others. Barry is a great show, and I think it does a great job with the writing. I think the first season of Maisel was slightly stronger, but Barry has been solid the entire time. It’s so smart. My gut was going with that show, so that’s why it got my vote.

This is amazing work all around. I love Veep, and I wouldn’t be surprised if Julia won for her last year. I tend to vote for people who haven’t won already. If someone else did amazing work, I like to spread it around. Rachel won last year. I got really hooked on Dead to Me, and I loved that show. I thought Phoebe did a great job on what I saw of Fleabag. I love Catherine O’Hara, but I couldn’t get into Schitt’s Creek. I don’t know if it’s the style of it? I settled on Natasha from Russian Doll. Overall, not only is she great in it, but she wrote and directed as well. It’s such a unique concept. I was really back and forth on that category because it’s so tough. I wanted to reward her for being a performer and a creator. It’s anybody’s game. I loved Christina Applegate, but I didn’t think it was the most comedic performance. Phoebe really knocks it out of the park with how she breaks the fourth wall and comes right back into it in the same take. She’s really great too, so they all deserve to be nominated. It probably be Julia, and I would be happy with that too.

by Clarence Moye
41
No Result
View All Result