by Clarence Moye
in Film Festivals
3

Film Fest 919, North Carolina’s premiere film festival held at Chapel Hill’s Silverspot Cinemas, opened Wednesday night with North Carolina’s premiere screening of Noah Baumbach’s acclaimed Marriage Story. Audience response to the film was so strong that festival organizers opened a later second screening to support the overflow crowd. It was a great way to kick off the second Film Fest 919 which will feature several major Oscar contenders from around the world over the next four days.

Scooter-bound Martha Kelly, who plays a humorless social worker in the film, also held a brief Q&A prior to the screening, charming the audience with personal anecdotes. When asked how she approached the role, Kelly admitted that she was nervous acting against Adam Driver for acclaimed director Noah Baumbach, and she tends to lose her sense of humor when she’s nervous. Whatever the inspiration, she was one of the many highlights in a film to which the audience seemed to really love. 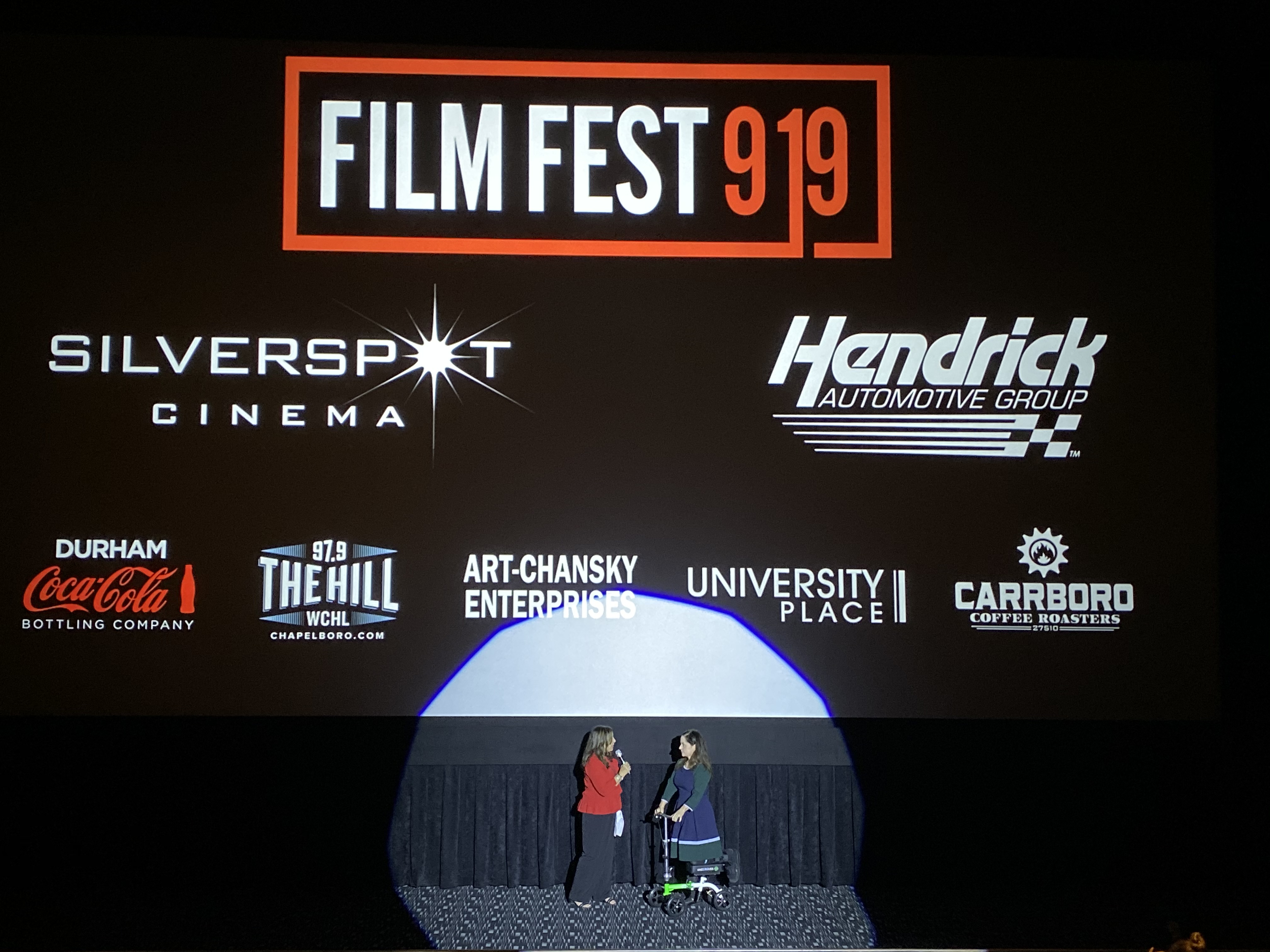 When speaking about Marriage Story‘s themes, Kelly admitted “It definitely made me cry repeatedly, which I never want to feel that way. Then, I watched it a second time and found it very funny. It’s really moving and genuine presentation of when you love someone and ultimately disappoint them. It’s written and acted so well. It’s terrible and great that it makes you feel that way.”

Film Fest 919 runs through Sunday night with a closing ceremony featuring Taika Waititi’s JoJo Rabbit. Last year’s closing night film was Green Book which went on to win the Oscar for Best Picture. Films showing through Sunday include Parasite, Ford v. Ferrari, Dolemite Is My Name, The Aeronauts, and The Two Popes, among many others. Popes screenwriter Anthony McCarten will receive the first Distinguished Screenwriter award in a ceremony Saturday night following a screening of the film.

For more information on Film Fest 919, check out their website.

IDA Announces its 35th Annual Shortlists for Features and Shorts