It’s time my friends for the Middleburg Film Festival. For readers of the site, you’ll know this is my favorite festival, and this is my fourth year covering it for Awards Daily.

Now in year seven, the festival is fast becoming a key stop on the festival circuit. Last year, the film screened Green Book (twice due to popular demand), Roma and The Favourite. This year, the line-up features Marriage Story, Parasite, The Two Popes, Ford v Ferrari and the festival will close with Scorsese’s The Irishman.
Since the idea of flying to DC on the red-eye worked last year, I went for that again. One day I’ll learn to sleep on the red eye…until then, I’m the rare person that listens to Spotify all night long, those podcasts that need listening to, that album that soothes you.

Virginia is really beautiful as we drive into the Middleburg area, the leaves have started to turn and it reminds me a bit of the English countryside. I never get bored of experiencing Autumn, the air is so fresh and crisp. Something we never really have in LA.

Suddenly, the driver turns and there is the Salamander Resort, Home for the next four days.

Clayton Davis of Awards Circuit, myself and our spouses started off with a 3pm watch of Parasite. It was the first time, in my experience that a pre-opening night screening was sold out. There wasn’t a single seat left for Boon Joon-ho’s highly anticipated feature.
Everything that has been said about Bong Joon-ho being beautiful, brilliant and exceptional is true. Joon-ho’s 2013 class struggle commentary in Snowpiercer was delightful. He makes a commentary on class struggle again in Parasite, this time it’s set, not in the future or a science-fiction world, it’s set in modern-day Korea.

The Kim family dwell in a basement, and one day Ki-Woo ends up being offered a job, to tutor one of the Park Family’s children. The Parks, of course, are wealthy.

To reveal anything more would be an injustice to anyone who watches this film. What unravels is a plot and twists that are so unpredictable. It might start off with comical laughs, but that swiftly comes to a halt. The less you know the better and that’s the ultimate way to enjoy the experience that is Parasite.

The themes of social inequality and class are relatable. Joon-ho shoots this film with such exquisite mastery. The Park family home is ridiculously spacious in contrast, to the near- squalid conditions of the Kims. Lee Ha Jun’s production design is simply magnificent and Joon-ho captures the space, framing the families within them.

It will blow your mind. We had someone sitting behind us, thinking he knew just what was going to happen, the smirk on my face was smug because he got every guess incorrect. Joon-ho is an excellent filmmaker and this might just be his piece-de-resistance.

It was a swift return back to the Salamander Resort for a quick sit down with Noah Baumbach before his film, Marriage Story opened the festival.

The opening night film is Marriage Story. I saw this a few weeks ago at the New York Film Festival and fell in love, on second viewing, the film holds, the notes strike even deeper. And just like with Parasite, you notice more things on the second viewing. Noah Baumbach’s film about divorce and the end of the road unfolds in the complex and deeply intimate story. He fills it in with plenty of laughs.

Scarlett Johnansson’s Nicole is the New York City transplant. It’s where she’s been living with Charlie (Adam Driver) and their son, but she’s never really belonged, even though she’s had a career there. She takes a job back in LA, where she’s from and is pursuing, for the first time, what she wants. Charlie has been too self-involved, focusing on his Broadway career and their marriage is falling apart.
The dive into separation, divorce, legal sharks all come in to play here. And as I said in my review, this really is one of the best films of the year with Driver at his career-best. Throughout Charlie has his emotions bottled up, but when the moments come, Driver unbottles a performance that delivers a 1-2 gut punch, first in a bar and again when he and Nicole are alone in the apartment. He seals it off at the end when he’s with his son, reading.
Baumbach hits emotionally, writing a story where neither character is intended to be the villain. You feel for him; you understand her, It’s a powerful movie with powerful acting.

Baumbach, who was the recipient of the Director Spotlight Award said, he saw the film as a love story. John Horn asked the filmmaker about the research he had done for the film. “There are many professionals involved in divorce systems and I wanted to hear from them as well as talking to couples who had gone through divorce.” Baumbach said.
Asked whether the film was related to his earlier film, Squid and the Whale, Baumbach replied, “I suppose they are companions. Squid is less about divorce and more about family and the journey adolescents need to take away from their parents.” He told the audience.
(My interview with Baumbach talking about his research and visual shooting style will be posted soon, so stay tuned).

At the after-party, Clayton, Nathaniel and I had a brief chat with Baumbach about the use of Sondheim’s Company and asked if he’d want to direct a musical. “Or the big screen adaptation of it.” Baumbach teased.

With that, it was time to retire for the evening. Nerves running high as Clayton, Nathaniel and I were going to be first up on the deck for our Coffee and Contenders morning in the Salamander Library. How many people would show up? Would they even be interested in hearing what we had to say? It was 2am before I finally passed out, and the alarm went off at 6am so we could all have a run-through of our panel…festival life. Where you’re having so much fun, you don’t have a moment to think about anything but films..and how many cups of coffee and bottles of coca-cola you’ve consumed in an 18-hour day. 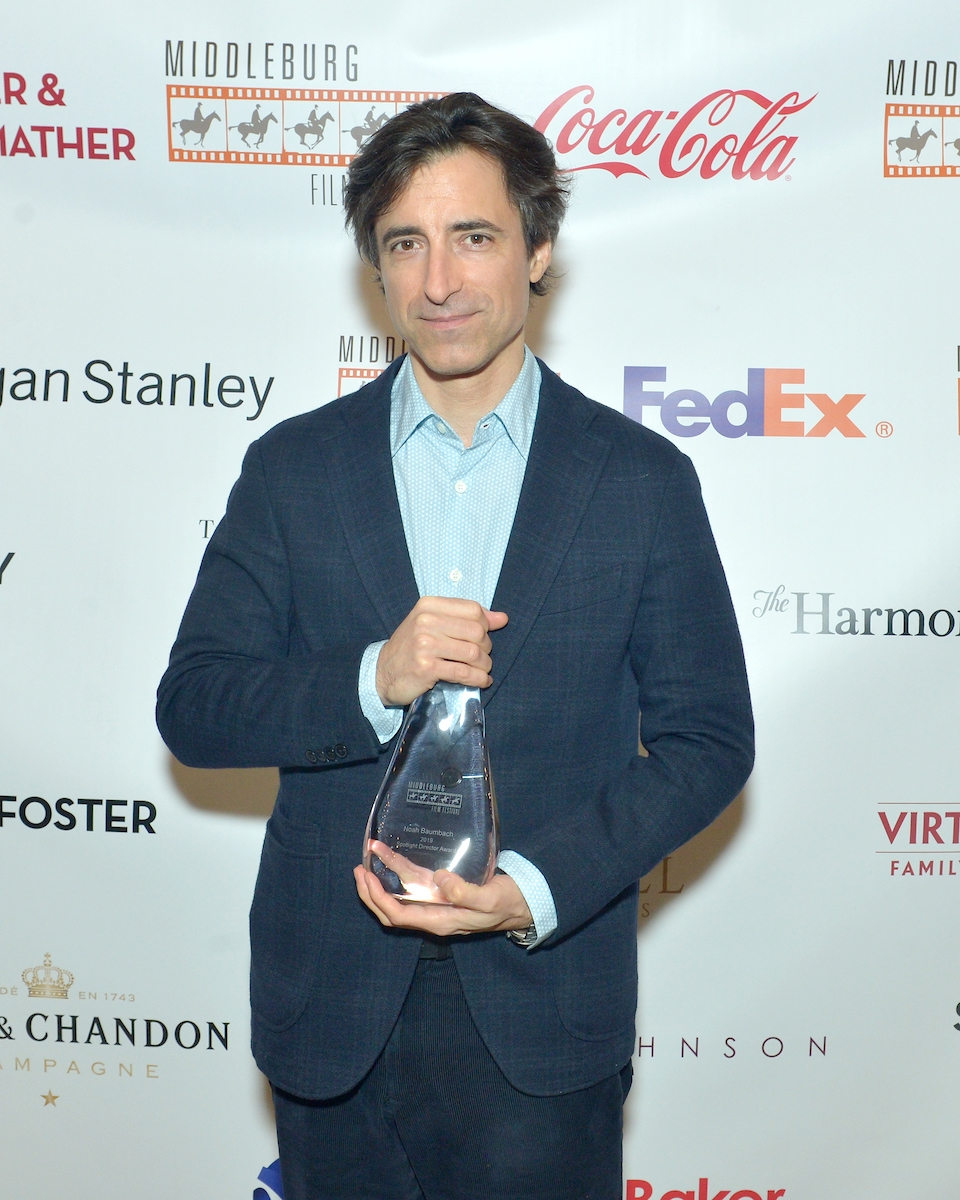 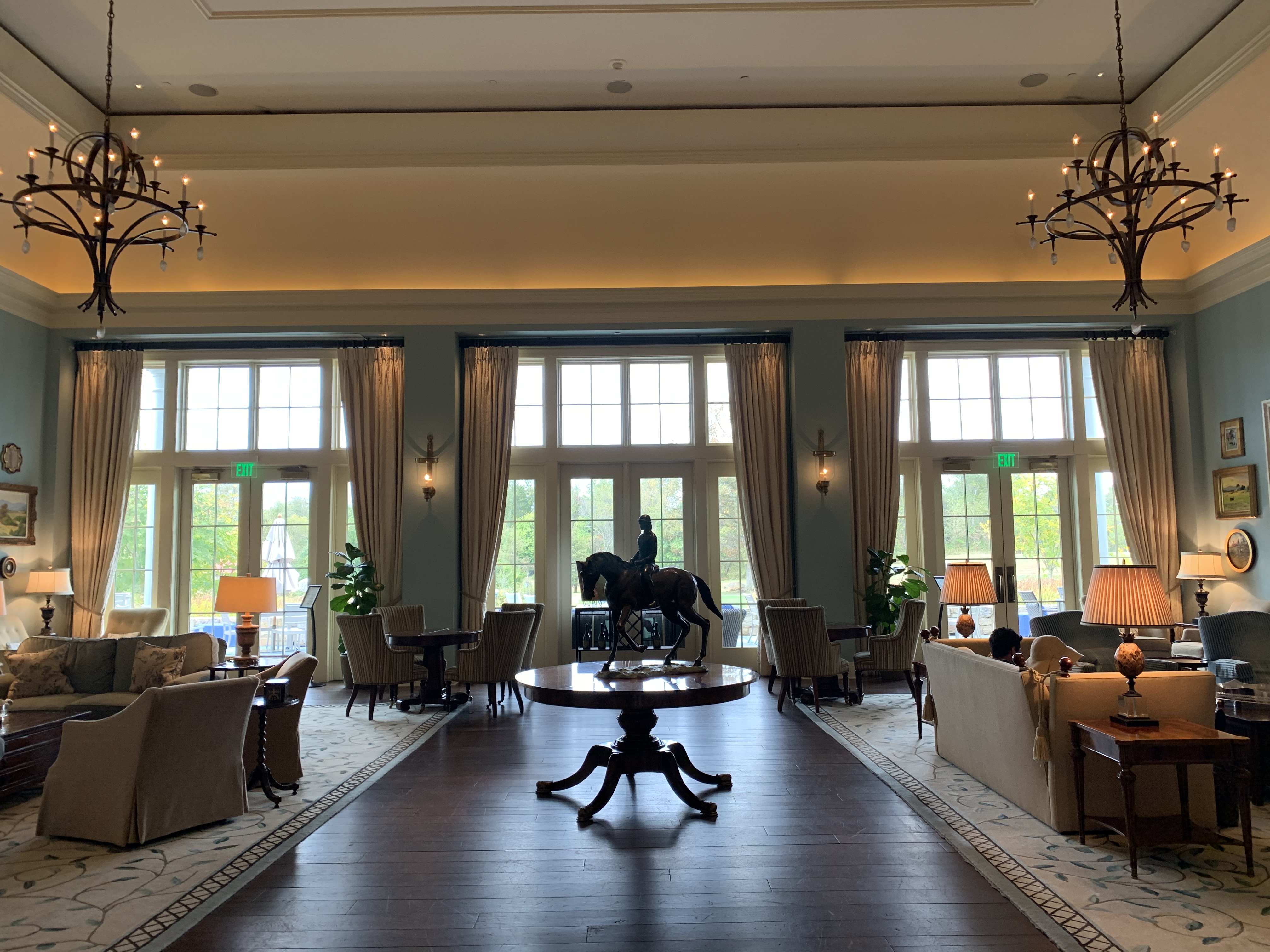 Middleburg Film Festival : A Beautiful Day for a Chat and Waves