‘The Crown’ Season 3: Netflix Finally Gives us a Full Trailer

After teasing us for months with striking photos and short snippets, Netflix finally gave us a good look at Season 3 of The Crown. The first full trailer for the royal drama features Olivia Colman as Queen Elizabeth II preparing to mark 25 years on the throne. She older and more settled than the younger monarch we saw on the first two seasons, but as ever, tensions run deep. 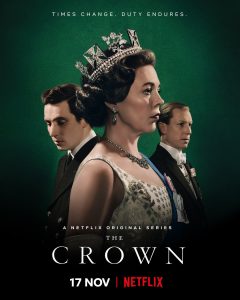 The trailer also shows us that Queen Elizabeth is still struggling to find a balance between her private life and very public role as she and her family struggle to adapt to changing times during the turbulent 60s and 70s.

“We have all made sacrifices and surpassed who we are, it is not a choice, it is a duty,” says Colman as Queen Elizabeth.

The new season, which drops on Netflix on November 17, also stars Tobias Menzies as the Duke of Edinburgh, Erin Doherty as Princess Anne, Ben Daniels as Lord Snowdon, and Charles Dance as Lord Mountbatten.

Watch the full trailer for Season Three of The Crown below.