Awards Tracker: Will ‘Fleabag’ Continue Its Winning Streak Or Will the Globes Go In a New Direction?

There really is no easy way to predict Outstanding Comedy Series at the Golden Globes. For every win celebrating an Emmy favorite like The Marvelous Mrs. Maisel and Modern Family, there’s a left field win celebrating shows that don’t get anywhere near the Emmy race (Mozart In The Jungle, Brooklyn Nine-Nine). They love comedies filled with Oscar winners like The Kominsky Method just as much as they love ensembles of upcoming A-listers like Girls and Atlanta. In fact the only consistency is the fact that voters really, really love Amazon.

So how do you even begin to predict a year that includes a crowded Emmy lineup and a handful of untested new shows hoping for a breakout night at the Globes?  Is it an Emmy duo with the two major Amazon players competing for round two? Is the nine figure partnership between Ryan Murphy and Netflix too good to pass up? Or is this the year that Showtime and Kirsten Dunst finally win top comedy awards at the Globes?

Six months ago we were all questioning whether or not Fleabag could pull off an Emmy nomination. Little did we know the entire industry would make 2019 the year of Phoebe, showering her with accolades, putting her on SNL, and watching as she racks up countless projects. Sweeping the Globes would be the perfect last hurrah for a show that has swept the industry by storm and a creative talent that is certain to be accepting awards for years to come.

In fact Fleabag seems so much like an obvious Globes contender that many are predicting it across the board including supporting nominations for Olivia Colman and Andrew Scott. But we also know that the Hollywood Foreign Press doesn’t like to follow in the footsteps of the Emmys. There might be a chance (although a small one) that voters instead go in a completely different direction.

Last year Ryan Murphy signed one of the most lucrative television deals in recent memory; a five year contract with Netflix for $300 million. Since then we’ve all been waiting to see what one of the most famous creators in television would do. Well after waiting a year we finally have the answer to that in The Politician. In true Ryan Murphy fashion its big, over-the-top, campy, filled with stars, and is extremely polarizing.

The first season came with many detractors but fans of Murphy were also incredibly excited for the show, and there might be no group more enamored by the superstar producer than the Hollywood Foreign Press. He’s won five top awards at the Globes as well as leading a handful of actors to major wins. It would be shocking if the celebrity obsessed Globes passed up a new dramedy with Gwyneth Paltrow, Jessica Lange, and an ensemble of rising stars.

Earlier this year Emmy voters went crazy for Russian Doll, the Netflix comedy about a woman forced to relive the last day of her life repeatedly. The changing membership of the Television Academy responded well to its exploration of fate in large part because of the creative names behind the show. But it’s also a show about a woman who dies in a new twisted and shocking way every episode. Is it the type of comedy that can keep HFPA voters excited especially with plenty of other and more fresh Netflix comedies in the conversation?

The other new Netflix show making a splash this fall has been the Paul Rudd vehicle Living With Yourself. Centering on a man competing against his own clone, the new comedy deals with issues of mid-life frustrations, depression, and grappling with life not going the way you expected or hoped. We all know how much awards groups love celebrating actors playing dual roles but this might be more of an awards push for Paul Rudd rather than the show itself. 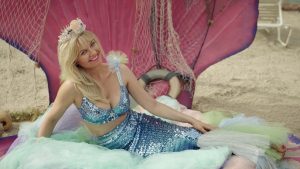 Of the new Showtime comedies to debut this year On Becoming a God in Central Florida seems the most likely to become the new Globes darling. Two-time nominee Kirsten Dunst stars in a very deglamorized role as a woman scheming her way up the ladder of the same pyramid scheme that killed her husband and destroyed her family. The season finale just aired helping it stay fresh in the minds of voters and it’s honestly refreshing to see themes of modern economic greed and corporate corruption tackled by someone other than Adam McKay.

It was a big deal when Netflix picked up some of the last remaining super-producers in TV including Chuck Lorre. Last year that major move paid off for Chuck Lorre when he won his first Golden Globe in 24 years for the first season of The Kominsky Method. Since then it failed to earn a comedy series nomination at the Emmys, and there wasn’t any anticipation leading up to the second season to the point where there aren’t even enough reviews to average out on Rotten Tomatoes and Metacritic. Is The Kominsky Method destined to become a one hit wonder at the Globes or will voters bring it back for a second year?

Even though it lost the Emmy to Fleabag The Marvelous Mrs. Maisel is still one of the most talked about comedies on television, and it will continue to dazzle both HFPA and guild voters. The third season doesn’t premiere until the week nominations are announced, but judging from of the trailer, it’s about to be its biggest season yet. Midge and Susie embark on a world tour, the production value looks the best it’s ever been, and there’s the promise of guest stars including Sterling K. Brown and Grace Kelly’s royal granddaughter.

HBO has always been a major factor at the Golden Globes, but the network hasn’t won the top comedy award since Girls in 2012. Is this the year they take home the top award again?  If they do, it will likely be for the second season of Barry. The sophomore season became one of the best reviewed shows of the year in large part because it expanded its world giving room to one of the best ensembles on TV.

Veep may have been an industry favorite throughout its seven season run on HBO, but for whatever reason the HFPA never warmed up to it in the same way. In fact it was only ever nominated for its fourth and fifth seasons before voters moved on entirely in 2017. They aren’t the type of group to get sentimental for a show’s final season, especially for a show they never really cared for but maybe they’ll feel a little bad for them after they were completely forgotten at the Emmys.

In the middle of its third season The Good Place finally broke into the awards conversation earning Golden Globe nominations for Outstanding Comedy Series and its star Kristen Bell. Now that it’s in the middle of its fourth and final season fans of the show are desperate for it to win something but the newest season has also had a slow start.

Rounding Out The Conversation

Apple TV+ finally debuts this week and with it their first major comedy, Dickinson. The period piece about a young Emily Dickinson comes with a modern sensibility and feels like it would fit right in on the CW. It also stars Oscar nominee turned pop star Hailee Steinfeld, an actress that the Globes have nominated before. We’ll have to wait and see if momentum builds for the period comedy, but right now it’s become a second thought in an insanely crowded lineup.

2019 is the year that Schitt’s Creek broke out in a major way. The fifth and penultimate season finally broke into the Emmy race with a season filled with viral moments and a finale set in a community theatre production of Cabaret. Gearing up for its final season there’s a chance that it becomes the comedy to beat but it has been years since the HFPA has even nominated a show towards the end of its run for the first time. 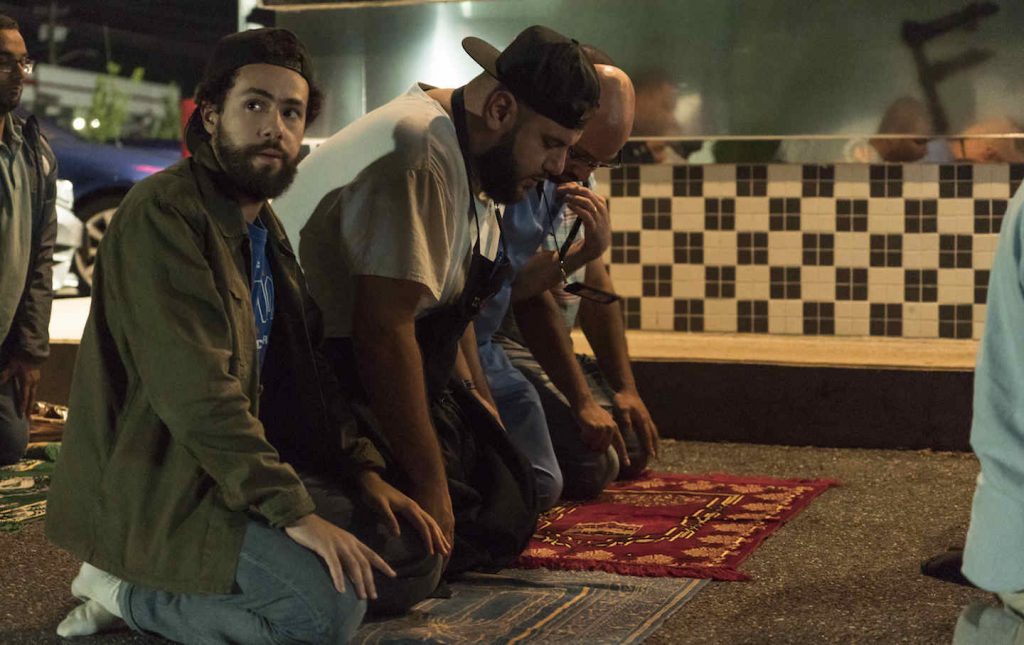 It’s been a while since Hulu has been in the comedy race at the Golden Globes, but this year the streaming network committed themselves to incredibly personal comedic stories including Shrill, Pen15, and the upcoming Dollface. In terms of the Golden Globes though the comedy we should keep an eye on is Ramy. In recent years they’ve responded well to auteur style comedies like Atlanta and Master of None and Ramy Youssef’s debut show perfectly fits that mold. In the first season he also travels to Egypt to explore his heritage and visit family, thematic material that might resonate strongly with the foreign press.

Making Sense of a Crowded Field