Will the HFPA Award a Comedy Ingenue at This Year’s Globes?

Another year, another attempt at trying to figure out what shiny, new show – or performance – the Hollywood Foreign Press will deem worthy.

Every year we try to do some detective work as to whom the Hollywood Foreign Press will go nuts over in the Television categories. The Golden Globes have a pretty good track record of awarding new shows with a dynamic female lead, but this season might be too packed with major Hollywood stars to let anyone sneak in. With the arrival of Apple TV+ and Disney+, will there be any wiggle room to let a fresh face score a nomination?

If we look back to the Lead Actress in a Musical or Comedy Series history over the last few years, we can see ingenues nabbing nominations and wins. The HFPA typically loses interest very quickly, and it’s unusual if an actress is nominated in this category for the fourth or fifth season without a previous mention. Gina Rodriguez and Lena Dunham received two nominations after their wins, but Rachel Bloom only received one. Rachel Brosnahan has won the last two years for The Marvelous Mrs. Maisel, but the last person to win 3 consecutive Globes was Sarah Jessica Parker for HBO’s Sex and the City.

If we look at last year’s contenders, we can see who might fall out and who won’t be returning for a nomination.

Rachel Brosnahan, The Marvelous Mrs. Maisel – Surest bet in this category for a nomination, especially since screeners will probably land right before the nominations go out
Kristen Bell, The Good Place – Since she was nominated last year, she will very well repeat
Candice Bergen, Murphy Brown – Won’t return
Alison Brie, GLOW  – Might return? The show gets nominated for things but barely wins
Debra Messing, Will & Grace – Might return? The sitcom has yet to win ANY Globes

Who are the biggest contenders to steal those shaky spots? Maybe an ingenue won’t be in the Comedy categories but in Drama or Limited?

All hail queen Phoebe! If anyone can steal the Globes hat trick away from Brosnahan, it’s Phoebe Waller-Bridge for Fleabag. She’s one of the hottest names in Hollywood right now and the show is going to inevitably be nominated for Comedy Series as well. The only thing I can think of that might hold her back is that this is the second season of the show and the Emmys already showered the show with awards, but I don’t think that should be big enough to deny her a nomination.

The one who fits the traditional “Globe ingenue” parameters the most is Hailee Steinfeld for Dickinson. She’s only 22 years old, and we don’t know how awards bodies are going to react to the launch of Apple TV+ yet. Since Apple’s The Morning Show has been the flagship series led by Jennifer Aniston and Reese Witherspoon (who have 10 nominations and 2 wins between them), it makes sense that Steinfeld will find herself in the mix. She was nominated a few years ago for Edge of Seventeen, and she’s lovely and fun in Dickinson.

Maya Erskine and Anna Konkle from Hulu’s Pen15 also fit the definition of what the Globes usually go for, but which would they pick? Like Waller-Bridge, Erskine and Konkle created their show, and they nabbed one of the best Emmy nominations this season for Writing of a Comedy Series. Is the show too small? Too awkward? If they go for the sitcom, will both get in or just one? It’s more of a long shot.

How great would it be if Heléne Yorke received a nomination for The Other Two? The sweet sitcom has a huge following on Twitter, and Yorke has worked in New York in theater for years (she originated the Reese Witherspoon role in the musical version of American Psycho when it transferred to Broadway). Her delivery is so deadpan and perfect, but maybe her being recognized is too much of a pipe dream for such a small show?

A Trip of Drama Contenders?

Since Comedy Actress may have some returning favorites or veteran performers (Kirsten Dunst and Helen Hunt are in the mix), maybe newer faces will have better luck in the Drama Actress race?

The Drama Actress category is packed with Hollywood stars like Nicole Kidman, Reese Witherspoon, Olivia Colman, and Sandra Oh, and Emmy winner Jodie Comer is also in the mix. With Euphoria, Zendaya is given an opportunity to headline a major drama series, and she knocks it out of the park. The show has rabid fans, and her career has been hurtling upwards in the last few years. Euphoria is a raw, hot, new show, so it could even land a Series nomination as well.

The Hollywood Foreign Press was one of the first awards bodies to recognize Succession last year with one nomination (for Supporting Actor for Kieran Culkin). Now that the rest of the world (myself included) has caught up to what a brilliant show it is, could more nominations be on the way? Sarah Snook’s Shiv Roy comes very close to heading the Roy dynasty, and it feels like Snook really steps into her own in the second season. Succession‘s poised to have a huge awards haul for its sophomore season, and Snook could very well be included with that.

Are we underestimating Suranne Jones for Lead Actress in a Drama Series for Gentleman Jack? It’s a period piece, set in England, and deals with a relevant social issue? The category is packed, to be sure, but Jones getting in is such a HFPA thing to do.

It’s possible that Kaitlyn Dever could find herself landing her first nomination for Netflix’s sensational Unbelievable. Playing a sexual assault victim, Dever goes to places not very many young performers could handle. Voters will see a lighter side of Dever in Booksmart, which seems like it’s making a play for those loose comedy film categories, so it’s possible that Dever might be nominated twice. Those Supporting races at the Globes mix all different genres, so it might be hard for her to get in. 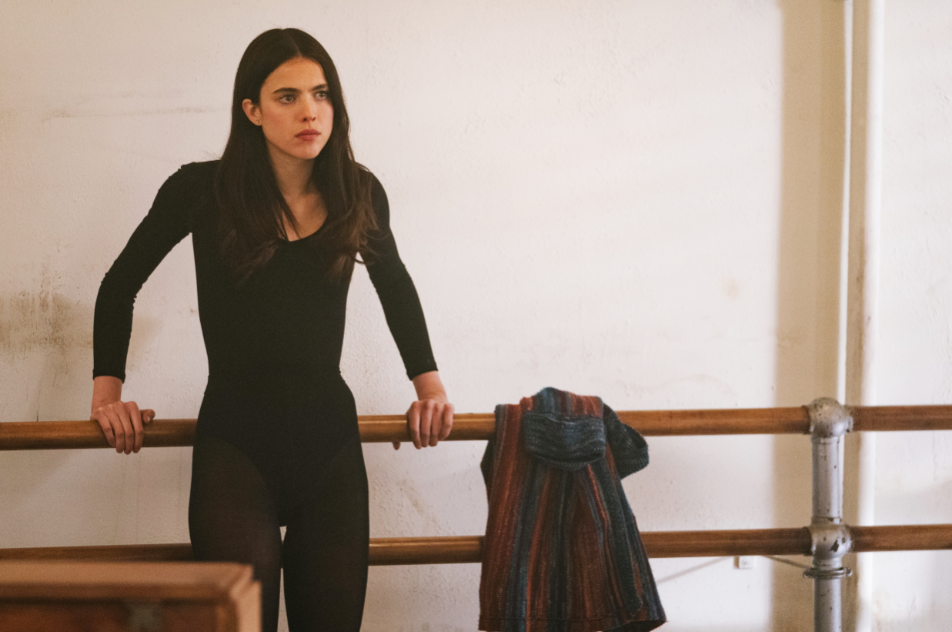 Another Supporting contender is Margaret Qualley for Fosse/Verdon. Yes, she received an Emmy nomination this season, but the limited series should dazzle members of the HFPA. Although she will be in the same boat as Dever with battling a million other contenders, the Globes like their dynasty stories. After all, her sister Rainey Qualley is a former Golden Globe Ambassador…

While I Am the Night wouldn’t compete in the Drama Series races, India Eisley has a chance of being nominated in the Mini Series or TV Movie race. The show didn’t land with the Emmys, but the HFPA nominated TNT’s The Alienst last year for both Limited Series and Lead Actor for Daniel Brühl. Eisley could find herself nominated since the show is about the seedy underbelly of Hollywood, and it also stars Chris Pine. Stranger things have happened, and shows can come back to be honored at the Globes.

Maybe there won’t be a new Comedy Actress nominated at all? Perhaps the fresher faces honored with nominations will be…dudes? Ramy Youssef’s Ramy is a personal and lovely series with a sweet performance from the comic. Since his series deals with struggling with your identity in America, the HFPA could really connect with it. On the other hand, the story of ambition to become the most powerful man in America is also very inviting. The Politician‘s Ben Platt is the epitome of what the Globes like to award. Since Nip/Tuck, Ryan Murphy shows have garnered almost 30 acting nominations at the Golden Globes, so you may as well etch Platt’s name on the statue now.

All This and the Oscars Too - A Goodbye and an Intro