Alex Gibney’s ‘Citizen K’ is Terrifying In Its Relevance

by Joey Moser
in Documentary, Interviews, Politics and Cinema
0

Director Alex Gibney’s latest documentary made me want to learn more about current world politics. His latest film, Citizen K, dives into post-Soviet Russia to detail the strange (and ongoing) case of Mikhail Khodorkovsky, an oligarch turned political dissident of Vladimir Putin, and its comparisons to America’s sitting president are absolutely chilling. What starts as a gangster flick quickly pulls the rug out from underneath you as we learn about Gibney’s enigmatic subject.

Mikhail Khodorkovsky collected a massive amount of money in oil production and was dubbed “the richest man in Russia.” We also see the rise of Vladimir Putin, and things take a turn when Khodorkovsky accuses Putin and his cronies of corruption, resulting in Khodorkovsky’s arrest and a decade-long prison sentence. We see so much thuggish behavior and intimidation that it’s inevitable to think that the upcoming presidential election isn’t far from Russia’s own “political theater.”

Gibney’s film is both entertaining and unsettling. Is Khodorkovsky a victim or a hero? With the current ongoing impeachment proceedings and corruption being talked about hourly in the news, Citizen K is a call to keep our political leaders in check while we still have freedom to do so. It may be Gibney’s most important film to date.

Awards Daily: I really loved your movie. It scared the crap out of me, and it made me want to learn more about Russia’s politics.

Alex Gibney: I appreciate your reaction. Why did it scare the crap out of you?

AD: I feel like everything nowadays reminds me of Donald Trump.

AD: Just in terms of the thuggish behavior that comes from the top and how citizens fawn over him and Putin’s rhetoric toward journalists and people. If that makes sense.

AD: How do you take dense material and present it to us in a very clear way?

AG: First of all, I am not a Russian expert. I had to read a lot and talk to a lot of people and parse it over and over in my mind to be able to make sure I understood it. That’s the critical part, and a lot of it was super complicated. It was a lesson that I learned on Enron: The Smartest Guys in the Room where I had to learn marketing and accounting.

AD: With your film and other sources like Rachel Maddow’s book, why do you think there’s such an interest in the gas and oil industry in Russia?

AG: Well, that’s where the power is. That’s what Russia has that gives them an advantage—they have a lot of gas and oil. It’s what allowed them a strong economic role on the world stage. That’s the best reason. In that context, Mikhail Khodorkovsky looms large because he’s in the middle of it.

AG: Five before I went to Russia and four after.

AD: I was surprised in a lot of your direct interviews because he’s a very unassuming, quiet, and charismatic person to be around. What’s it like to spend face time with someone who is considered infamous in some circles? He’s at least very famous where he comes from.

AG: When I was first introduced to him, he did come off as somewhat distant. I could tell he was terrifically intelligent. And then over time, you break through to a slightly warmer side. His smile is interesting because you see it and see a glimpse of steel behind it. Other times you see his smile and it’s very warm and welcoming. It’s hard to tell where it’s going to go.

AD: To be honest, he kind of reminded me of Victor Garber a bit?

AD: So maybe that’s where the warmth came for me as an audience member? Can you tell me about the time you spent with Open Russia?

AG: In Russia or in London?

AG: I kind of hung out with one of their field officers in Moscow. It was a particular day when they were putting up posters. One day they were preparing and participating in this march in honor of Boris Nemtsov and the other was when they were hosting that kind of video conference or speech from Khodorkovsky. They were beaming him in. Those were the two events that I hung out on. That part of Open Russia did not seem so potent or powerful.

AD: Citizen K doesn’t presume to have the answers to everything. Does that ambiguity lend itself to good documentary filmmaking?

AG: This is an interesting moment—maybe because it is so open-ended. That’s the kind of ambiguity that I was getting to at the end. He clearly wants to make a difference in Russia. It’s hard to know whether he can and yet you can see possibilities that Putin’s strength may also be a weakness. Khodokovksy is willing to wait. He has a quote in there from Dostoevsky, “The darker the night, the brighter the stars.” Things look possible now, but for a guy like Khodorkovsky, soon is five or ten years. If you’re playing the long game, this is not a time of frustration but of change. Time will tell. I didn’t want to sugar coat it or that we have the answers. It’s a series of questions, and that’s essential when you are making a documentary. Questions.

AD: Those sequences in the film of “election theater” feel really real because we are approaching an election here, and things are bound to get ugly. Were you purposely trying to push that comparison or is that an unfortunate coincidence?

AG: A little bit of both, I suppose. I made a conscious decision that I wasn’t going to mention the word ‘Trump’ once.

AD: I noticed that.

AG: And we stuck by that. That said, I think there are some Trumpian echoes here. Or what Putin is echoing in Trump. This idea of ruthless disrespect for the truth is a little bit scary. The idea of election theater, where the content is not as important as the fiction you are creating…and then the utter disrespect for the rule of law bares comparing and is also very chilling. As well as in the rhetoric. The idea of Putin wanting to ‘Make Russian Great Again.’ I think there is always, in strongmen, the nostalgia for a mythical past which we can return to. It’s very persuasive to a lot of people, even if it is at odds with facts. I mean, ‘Make America Great Again’…well, which great? When?

AD: You tell me when you think it was great.

AD: I love how you start the film as a big gangster movie with these big, tough men. It ends with this understanding of this man, and it feels like you pull the rug out from under us. We don’t expect to have these questioning feelings for Khodorkovsky by the time the credits roll.

AG: I think there’s a lot of empathy for Khodorkovsky by the end. At the same time, it ends on an ambiguous note as to whether he’s going to succeed in his efforts to change Russia. It’s not clear. Ending on that hope was interesting to me and true to him. The film raises questions as to whether that hope can be realized. The beginning of the film was intentionally cast as somewhere in between a gangster film and a spaghetti western. That felt right for the period. When he comes to great prominence is in the 90’s which is between the Wild West and Al Capone’s Chicago. It needed to be pulp and not austere, and it was about raw power. We start with the flame of the oil field and go right into an arrest and cell doors closing and secret agents and then we get into murders on the street. It was a pulpy time, and I wanted to embrace that.

AD: I was born in the early 80’s, and I remember this idea of what “Russia was like” as if it tied into this patriotism, if that makes sense?

AD: When we hear about those people who are killed in London, I immediately got very worried. I had to collect myself, because it really frightened me. Does that notion of your subject’s personal safety—or your own personal safety—come into mind when you’re directing or assembling the film?

AG: When I’m going into dangerous physical or thematic territory, I always think about risks, and I’m cautious about the risks I take. I think Russian security services have bigger fish to fry than a documentary filmmaker. In terms of the subject, he was allegedly on a number of kill lists, and he still might be. I am sometimes concerned about him, but he’s kind of developed this healthy macho attitude about it. It’s both enlightened and macho—this idea of, ‘If you’re going to kill me, you’re going to kill me. There’s nothing I can do about it. So I’m not going to live my life in fear.’ That’s how he does live his life. He walks around without a security detail in London. I think he’s hiding in plain sight and his reputation and position as a vocal dissident offers some protection. One of the things I’ve learned, oddly on a film I did about scapegoats called Catching Hell, is that it’s more dangerous to be a wallflower than it is to be an extrovert. Khodorkovsky talks about how in prison you have to express yourself frontally. Being vocal, being public, and being aggressive does offer you some kind of protection. 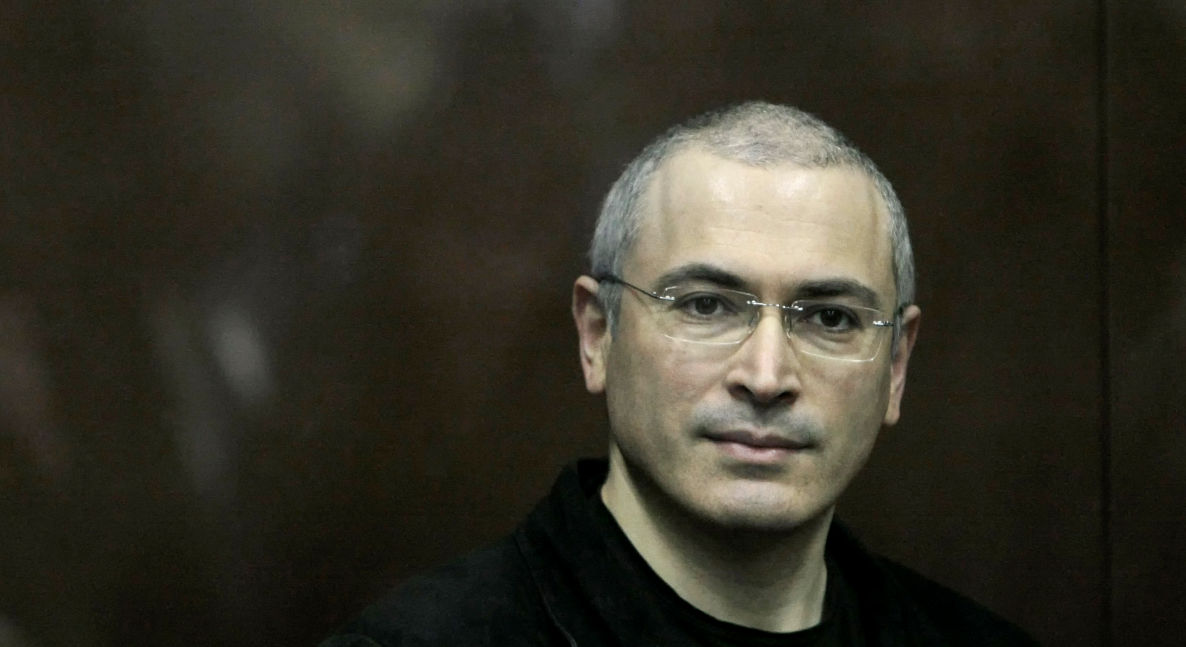 Best Actor Is a Fluid Race, Despite Conflicting Narratives