Writer/Director Tessa Blake talks about the changes in the film and television industry in the #MeToo era.

Full disclosure: I worked with director Tessa Blake and her now-husband Ian Williams on a super indie film way back in 2001. It was called The Pink House, a reference to a popular house (yes, it was pink) in Chapel Hill, North Carolina, that served as a crash pad for local actors, musicians, and other artistic types. I acted in a 1920s-set flashback scene, playing “Crony #1.” Unfortunately for me, the film never saw the light of day, despite featuring a cast that included Zack Ward (A Christmas Story), Heather Matarazzo, and Frederick Weller, among many others. 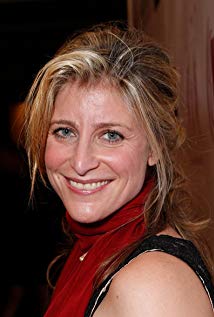 But fortunately for Tessa Blake, her directorial career did not stop in Chapel Hill, North Carolina. Rather, her career continued to flourish beyond that indie film, leading to showcases at film festivals across the world including the prestigious Cannes Film Festival. These experiences led to multiple television directing opportunities. Series like A Million Little Things, Veronica Mars, iZombie and more all bear her personal directorial flourish.

Her latest work, Charmed’s “The Truth About Kat and Dogs,” dropped November 8 on The CW.

Here, Tessa talks to me about getting started in the entertainment industry, working before and after the #MeToo era, and what she looks for in a directing job. It was fantastic catching up with Tessa after nearly 20 years. It made me fondly remember that period where I thought I could be an actor, maybe a character actor if not a full-on movie star.

How wrong I was.

Awards Daily: You’ve had a broad array of experience from narrative film, documentaries, television and theater. Where did your interest in writing/directing start?

Tessa Blake: I don’t know that I have an interest so much as it’s the only thing I know how to do. (Laughs) All I know how to do is tell stories, write stories and direct stories. I had a very varied childhood, but I’m from Southern people. I feel like my mother could make a brilliant story out of going to the grocery store. There was never a moment when I wasn’t around “a story.” I’ve always been interested in stories and how they get told.

AD: Your first major project was the documentary Five Wives, Three Secretaries and Me. What compelled you to tell such a personal story?

TB: I had a very colorful childhood and had this father who was a very notable, interesting, and compelling figure and who I loved and I wrestled with. It felt to me like there was so much drive for me to understand him, and the only way I knew how to understand him was to pick up a camera. Also, being both an insider and an outsider in Texas – my family was from there, but I didn’t grow up there – there’s so much rich detail in the culture of Texas that was really fun to look at and to celebrate. I started that project, actually, literally making a documentary about Peruvian women, a very academic documentary. The assignment was to tell a story about a very particular and specific culture, and I think right in the middle of it, I was like “Wait, I come from a very particular and specific culture.” I was just deeply drawn to the material and my family. It just sort of forced itself on me like most of these things do.

AD: Jumping forward to your current roles, you’ve directed a several episodes of female-centered television series this year from Charmed to A Million Little Things to Veronica Mars to iZombie. As a female filmmaker, do you actively look for female-driven stories to explore?

TB: Yes and no. I’m interested in character ultimately in whatever form it comes. Characters’ drives and the choices we make as humans are always really interesting to me. I love having the opportunity to work with really good story tellers of all kinds. Inevitably, I have a perspective that comes from a lot of different places, including identifying as female. Those are wonderful stories to tell, but I don’t feel that those are, for me, in exclusion of any other stories to tell. As long as the characters are compelling, I’m in.

AD: This month, you directed “The Truth about Kat and Dogs” in Charmed. What did you aim to bring to the episode that perhaps other directors haven’t?

TB: For me, again, it’s very much driven by story. What does the story ask of me? What are the parameters in the world of that show? Charmed is pretty wonderful to work on because it’s a very cinematically ambitious show, and the show runners, Liz [Kruger] and Craig [Shapiro], really give you a green light to go for it and create interesting images. I like really interesting imagistic work that is also very grounded by what the story is asking. When I got the script, it was just a feast for a visual storyteller on the page – full of being able to travel into someone’s unconscious and uncover memories that he didn’t know existed.

What I saw was a very spare landscape into which these small scenes emerged, almost like All That Jazz or Our Town. I loved both of those references, and I also love the television show Legion and the really beautiful job they’ve done with dreamscapes and the subconscious. I pulled from a million different references, and I had an incredible collaborator in my [director of photography] Joe Gallagher who is among the best. And with the permission from Liz and Craig, we went for it. We created a very visual palate. As long as that stuff is rooted in what the story wants, I love having a lot of visual ambition.

AD: The industry has changed quite a bit since we last knew each other back in The Pink House. We’ve been through #MeToo and equal pay fights in Hollywood. How have things changed for you over the last decade or so in Hollywood as a female filmmaker?

TB: They have changed quite radically, and I would say that the biggest change has been in the last year. We were stuck for a long, long time. If you look at the number of female directors in both film and television, we were flat. They hovered in television in the 90s between 8 and 12 percent for female representation in episodic television. Film, by the way, still not great, but television has changed a lot. During and after The Pink House, I made an attempt to become an episodic director and was basically told, “People like you aren’t directors.” And I didn’t know what that meant, and I didn’t know how much of that was driven by unconscious bias or a gender bias. I think, now, that it was. I don’t think anyone intended to keep me out of the halls of power. I think that they just didn’t see women directing much. The idea that I could make a start of it just wasn’t plausible.

About five years ago, I looked at the landscape again. I came to really understand that, systemically, there were a lot of barriers to entry. For myself, I was pretty determined how to overcome those, but also for other women and people of color and other underrepresented directors, I have been very passionately engaged in diversity and inclusion. I have seen the studios and the networks as well as individual show runners and producers really change the way the business is done. They’re really pushing the agenda toward equality. I will say that I think we’re stumbling toward it. There are a lot of wonderful, qualified men who are working less right now because there are a lot of people given opportunity. I don’t want to be callous about that. That’s real and hard, too, for people who have been working a long time and are seeing their job possibilities shrink. We’re going to have to make some mistakes on the way to creating some equality, though.

I think the industry has really changed a lot. I’ve been very impressed with my industry over the last year or so. I feel grateful to be working in it. I love what I do, so I’m super glad I got the shot.