What to Expect From This Year’s Golden Globe Nominations

2019 was a crazy year for television. After eight monumental seasons, Game of Thrones has finally come to an end as has Veep – the defining political show of the decade. Reese Witherspoon cemented herself as THE most interesting producer working in television. Meryl Streep gave us possibly the most iconic scream of the new millenium. We have two brand new streaming networks that had major debuts. And to top it all off there was Baby Yoda.

So what does that all mean for the upcoming Golden Globes. The 77th Annual Golden Globe nominations will be announced on Monday and with them a new crop of awards contenders. We’ve detailed some of the shows to keep an eye on as well as some of the biggest questions heading into the season!

Next year’s drama series lineup at the Emmys is going to be the most competitive it’s ever been, and with Game of Thrones it’s become a wide open field. That gives the Golden Globes the opportunity to crown an early frontrunner.

But what drama feels like the most likely to become the new favorite? Two years ago The Crown won the top award and since then has only become more popular. With a brand new cast it feels like a brand new show. In its second season Succession has become one of the most talked about shows on television. Can it break into the race? What about its deserving ensemble? After nearly sweeping the limited series categories Big Little Lies is hoping to win big in the drama categories.

The bellwether might be the supporting categories. Is Helena Bonham Carter the frontrunner that hints at a good year for The Crown? Or is a screaming Meryl enough to push Big Little Lies to the forefront? Then there’s the massive cast of Succession. They nominated Kieran Culkin last year but can anyone else break in?

Some of the other dramas in the conversation include Game of Thrones, Killing Eve, Pose, and Euphoria.

Will Apple and Disney Be Welcomed into the Conversation?

The rollout for the new streaming service has had its ups and downs. Reviews for the slate of new shows have been incredibly hit or miss and at times have felt more like rebukes of the service itself as opposed to honest conversations about the shows. As the first major awards of the season nominations could bring some positive attention to the streaming networks, especially Apple TV+.

The Morning Show seems like a show destined to become a Golden Globes frontrunner. Jennifer Aniston is finally back on television, giving one of her most interesting performances to date reminding audiences why they fell in love with her over twenty years ago. With the inclusion of Steve Carell and Reese Witherspoon, it’s an A-list ensemble that voters can’t pass up. 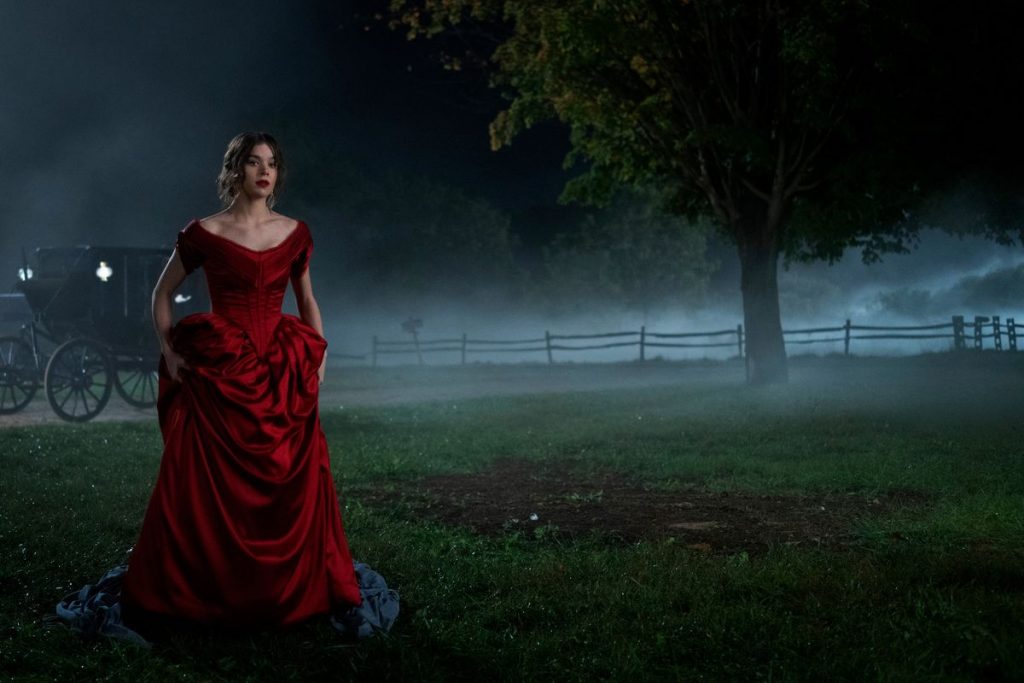 We might be underestimating a show like Dickinson as well. Globes voters love costume period pieces and the fresh take on Emily Dickinson received a lot of positive buzz compared to the rest of the original content. Hailee Steinfeld is also a past nominee and perfectly fits the ingénue role.

After sweeping the Emmys, a British show like Fleabag is the only logical frontrunner at the Golden Globes. It only helps that Fleabag is the newest hit from Amazon – the network that has completely dominated the category winning three out of the past five years.

But what new comedies should we keep an eye out for? As messy as its first season was The Politician seems like an easy sell to HFPA voters. They rarely turn down Ryan Murphy projects, and the awards-friendly ensemble seems perfect for them. But the mixed reactions to the political dramedy make its awards chances a little uncertain. We could see it earn anywhere from one to four nominations including recognition for Gwyneth Paltrow and Jessica Lange, an actress they rarely turn down. 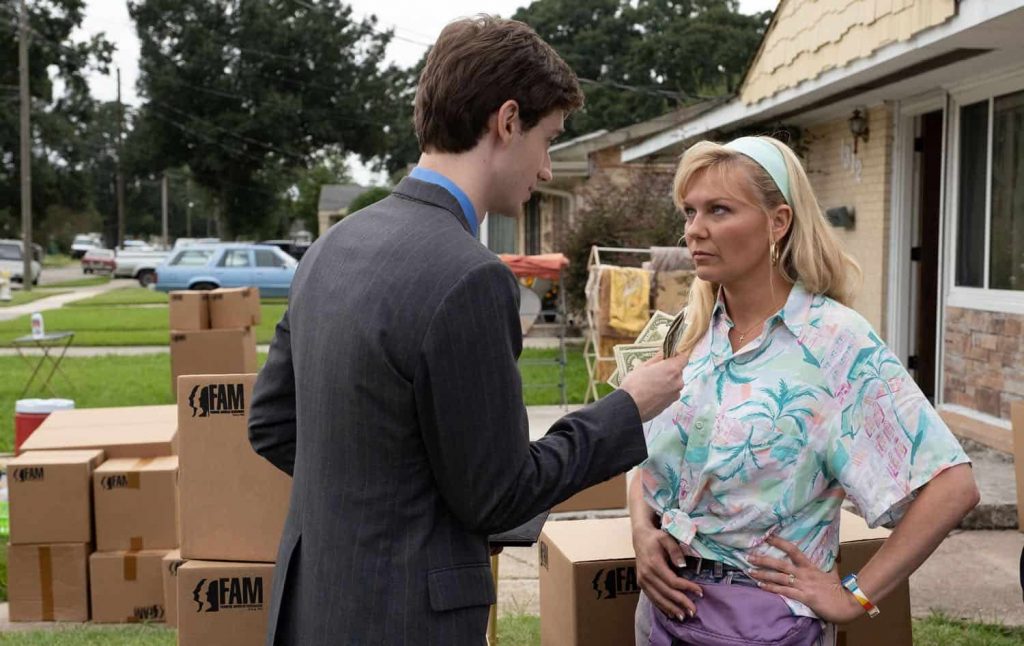 Showtime’s On Becoming a God in Central Florida is arguably the best new show with a shot at Golden Globes contention. The network has a great record with matching great actresses with worthy dramedy material, and Kirsten Dunst is no exception. The two-time nominee is great in her role as a woman trying to topple the pyramid scheme that destroyed her family, and this might even be the year we see the beloved actress win her first major award.

Other than that there is a good chance that the nominees will closely match the Emmys, something that rarely happens. The Marvelous Mrs. Maisel, Russian Doll, Barry, Veep, The Good Place, and Schitt’s Creek are all in the conversation and they all might end up with some sort of recognition. One thing to keep an eye on is just how many nominations the third season of The Marvelous Mrs. Maisel ends up with. Even though it lost the Emmy earlier this year it is still one of the most talked about comedies on television and has the opportunity to make a comeback if momentum picks back up.

What Shows Are We Underestimating?

Every year the Golden Globes throw a curveball by nominating shows that hardly anyone expected to be in the conversation whether it be new shows or ones we expected to be forgotten. Who can forget the year that Mozart in the Jungle went home with two awards or the year Casual broke into the comedy series lineup. Are there any shows we might be underestimating this year?

Watchmen has quietly become one of the most talked about and best reviewed shows of the year but it’s hardly getting any awards consideration because of its superhero ties. If audiences and critics love it that much maybe it can overcome the genre bias. Crazier things have happened.

In its final season voters might choose to nominate Mr. Robot one last time. Although the hacker drama quickly fell out of the Emmy conversation it always stayed in the good graces of the HFPA. Christian Slater has always been nominated. They also love Rami Malek and after winning last year for Bohemian Rhapsody they might feel inclined to bring him back again.

Ramy Youssef might not be a household name but his debut show Ramy is one of the most underrated comedies of the year and he deserves to be in the conversation. In the auteur style first season we watch as Ramy travels to Egypt and that kind of international travel helped propel Aziz Ansari into the Globes race so we shouldn’t count out Ramy either.

Kevin Bacon has always been an HFPA favorite and this year he has a new drama with City on a Hill. In a less exciting comedy lineup will the Hollywood Foreign Press push an unexpected favorite like Los Espookys? I Am The Night fell victim to an insanely crowded Emmy race but it’s the type of show Globes voters might bring back into the conversation.

With the three biggest contenders of the year (Chernobyl, When They See Us, Fosse/Verdon) likely to repeat at the Golden Globes there aren’t a lot of questions heading into this year’s crop of nominees. Just about every major awards prognosticator is predicting all three to be nominated and for Chernobyl to once again win. It will be interesting however to see if there is any change. When They See Us doesn’t seem like an obvious international contender while something like Fosse/Verdon feels like something that fits perfectly with the sensibilities of the HFPA.

The biggest question in the limited series category is whether or not Unbelievable will get a needed boost from voters. It’s by far one of the best received shows of the fall and the early Emmy frontrunner but we know how momentum builds and falls. Can it break into the series lineup and can Netflix settle on a submission strategy that leads to all three deserving performances being nominated? 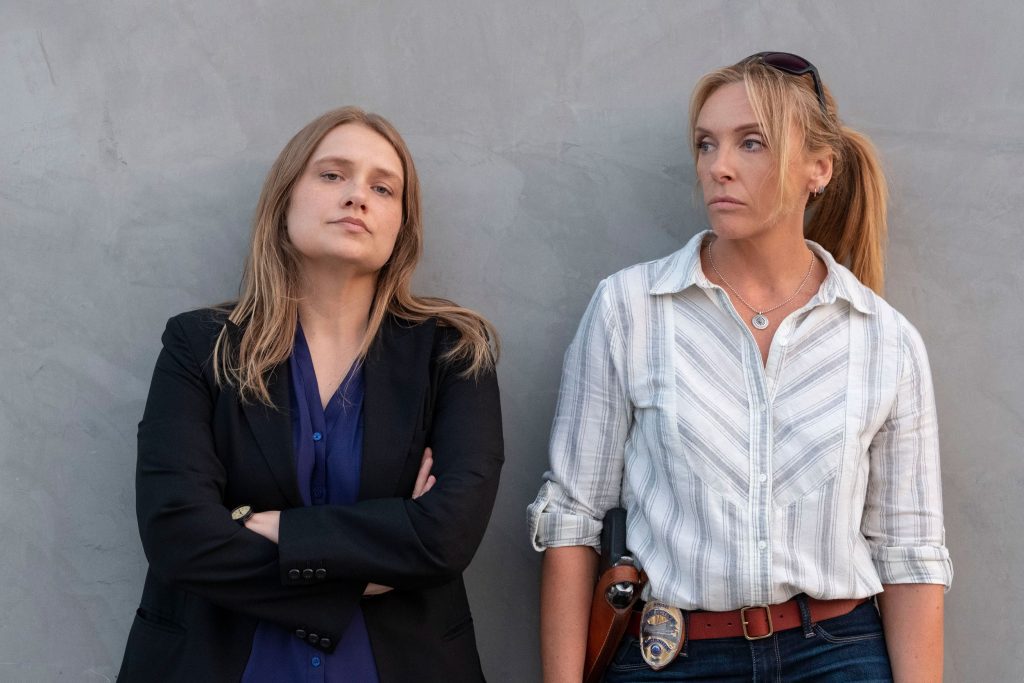 Will The Loudest Voice be overshadowed by Bombshell? 2019 has given us not one but two deep looks into Roger Ailes and the toxic culture he created and upheld at Fox News. Heading into December Bombshell is getting a lot of buzz on the film side but months before Charlize and Nicole were donning prosthetics Russell Crowe gave us the physical transformation of the year in The Loudest Voice. The Showtime series is already in danger of being forgotten and could definitely use a bump from the Golden Globes.

Other than that nothing else seems like sure bets in the limited series categories. Helen Mirren is an awards staple and could earn her 16th nomination, this time for Catherine the Great. Although it came and went unnoticed Sacha Baron Cohen’s Israeli spy drama The Spy seems like something the Globes might gravitate towards. Both Breaking Bad and Transparent have won in the past so it will be interesting to see if their respected TV movies get any recognition.

Other Questions to Consider

Will Reese Witherspoon be nominated in the insanely crowded Lead Actress in a Drama Series race? Or will her two performances in Big Little Lies and The Morning Show cancel each other out?

The HFPA has never been invested in Game of Thrones and Veep. Will either be nominated for their final seasons or will they be quietly shut out?

What children of Hollywood will be nominated this year? There are a handful of contenders to choose from including Margaret Qualley, India Eisely, Zoe Kravitz, Kieran Culkin, Ben Platt, and even Beanie Feldstein over in the film side.

Are we about to head into an uncomfortably white Golden Globes lineup? With a few exceptions most of this year’s major contenders are all white especially in the comedy categories.

What shows are you predicting to be nominated at this year’s Golden Globes? Are there any new shows you’re particularly rooting for? Let us know!