by Clarence Moye
in Oscar Squad
17

The 2020 Golden Globes winners will be announced next Sunday, January 5, live on NBC. Thanks to the shortened Oscar calendar, the Golden Globes parties and awards ceremony falls directly in the middle of the Academy’s voting window. Will the Globes find themselves in a more influential position this year than ever before? We’ll find out when the Oscar nominations are announced on January 13.

But before the winners are announced, the Oscar Squad is taking a break from Oscar nominee predictions to focus on will win at the Globes. Take a look at our full 2020 Golden Globes predictions in the film races in the charts below. The team over at Awards Daily TV will post their Globes TV predictions later this week. 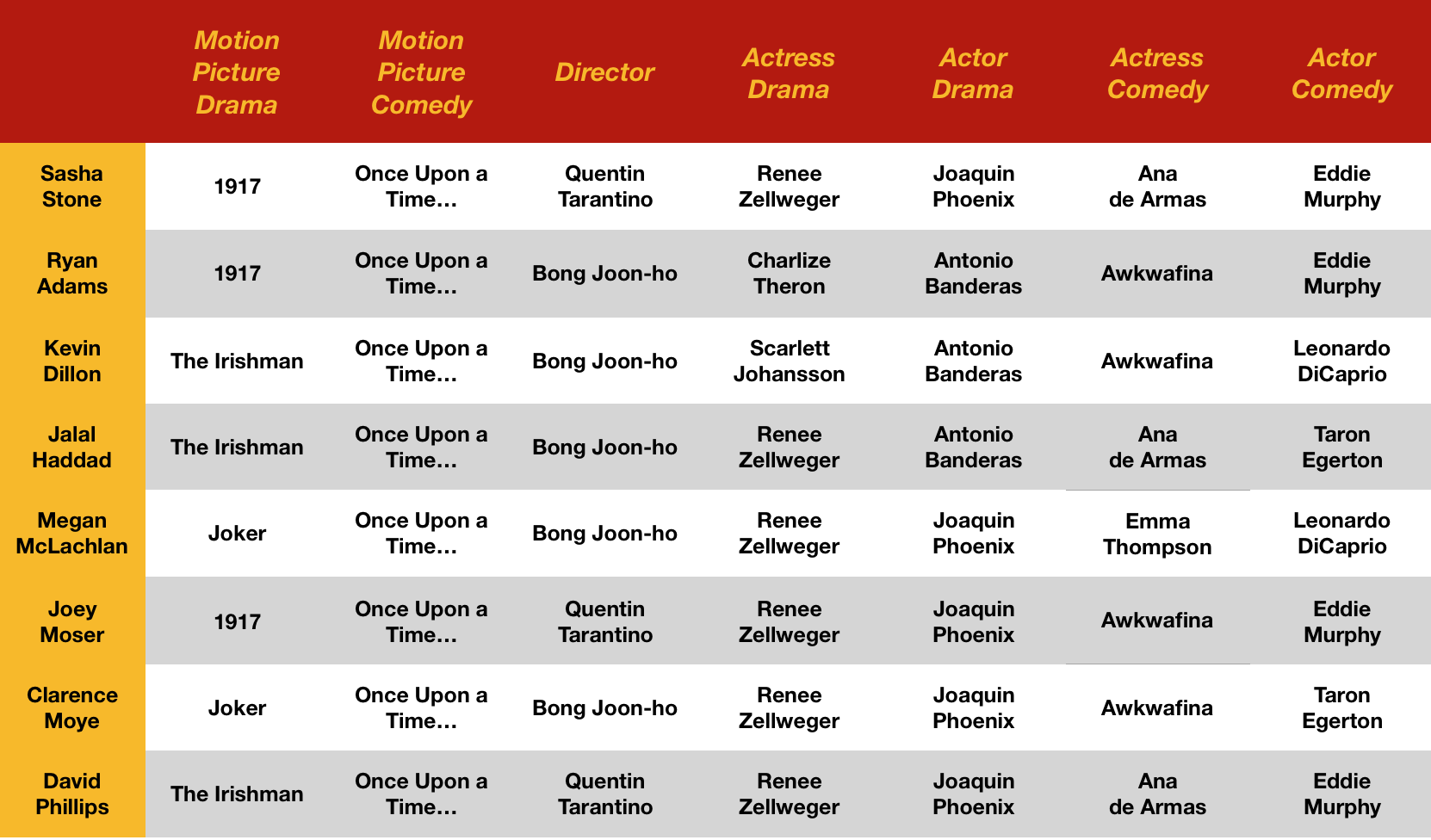 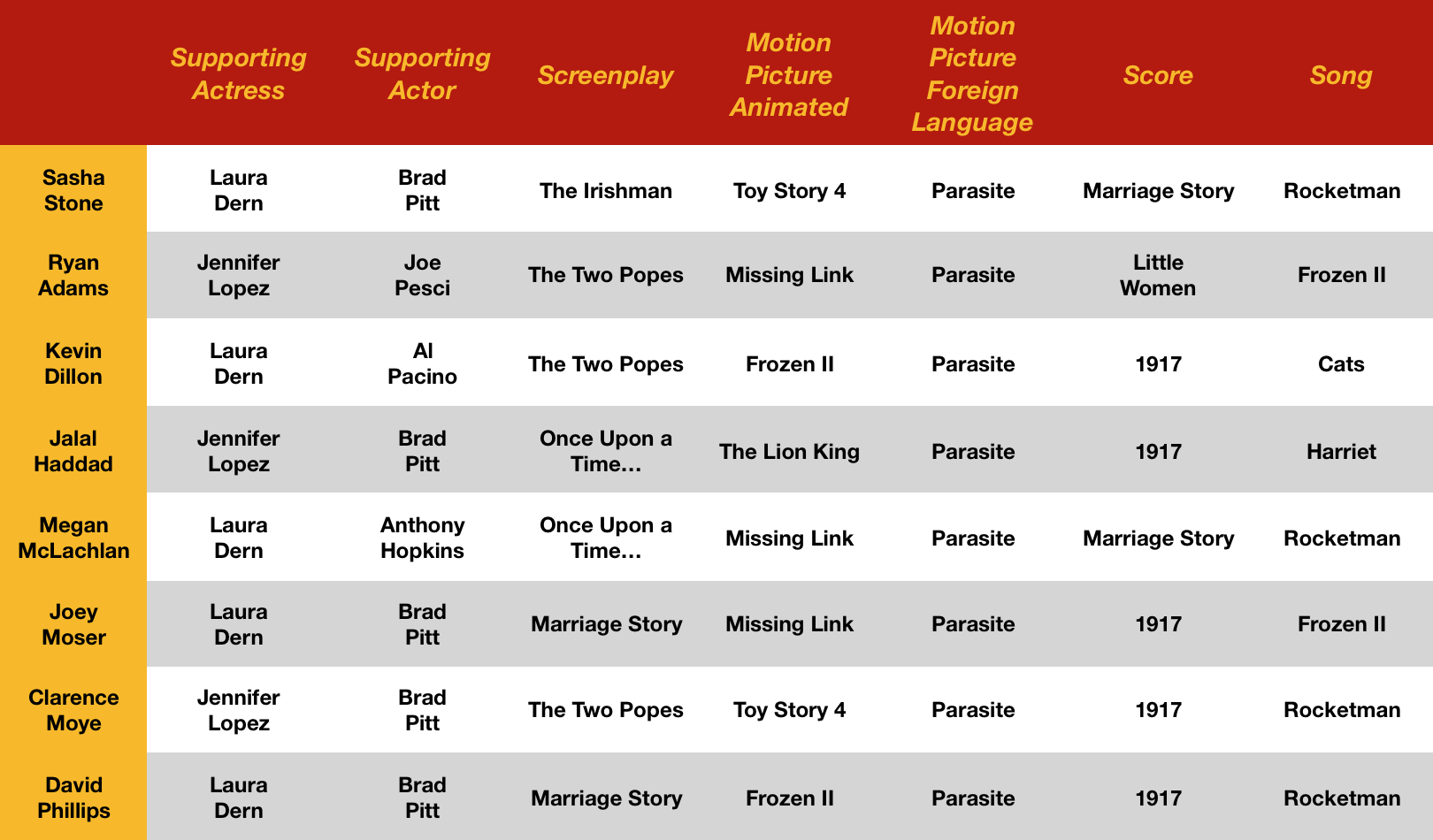 by Sasha Stone
34
No Result
View All Result