About that Plant-Based or Vegan Menu at Globes and Elsewhere

by Sasha Stone
in News
9

When it was announced that the Globes were going plant-based for their dinner menu the reaction was mixed. I keep hearing it used as a punchline. One of the reasons people say “plant-based” is because so many people see the word “vegan” as something to laugh at.

I get it, I really do. I’m not someone who supports self-serving virtue signaling of very privileged people lecturing America on how to live. Except when it comes to climate change and animal welfare, we should want to amplify the message any way we can. That some people can’t even be bothered to accept that one awards ceremony will forgo meat because it feels offensive to hard-core carnivores is just sad. That many people get mad at the suggestion that we cut back on meat eating a little bit is even sadder.

I promise you that your body does not need as much meat as you’re putting into it. But humans are constant consumption machines. America often seems like it was invented for the sole purpose of indulging the constant hedonistic pleasures of human beings. Our number one export? TRASH. And waste. 30 to 40 percent of all food production becomes food waste. What’s our problem? Heart disease. Obesity. Cancer. What will it ever take for us to change our behavior to make ourselves and the planet healthier? Here’s a great place to begin: Stop eating so much meat and dairy.

Right now, 121 million pigs are slaughtered every year for food. In America alone. The way these gentle intelligent animals are forced to live their short lives before they are killed is nothing short of apocalyptic. Will we ever become compassionate and aware enough to stop? Betting not.

I don’t care if you eat meat or will never stop eating meat — I struggle with it myself. I know that one person can’t make a difference and it’s hard to change when you crave protein and energy. But what I do care about is the mockery and criticism of anyone who wants to make the effort that so many won’t. Stop ridiculing people in Hollywood or at the Golden Globes or the Oscars or anyone anywhere else for making a one-night plant-based effort to do better. Most of the fancy meals will go untouched and end up tossed in a dumpster. So how about give animals a break. For one night.

I hope these groups trying to set an example will make the commitment an annual tradition. I hope every major event starts doing it. I hope those who don’t receive the scorn now directed at those who do. I hope humans can ease up, just a little bit, on their desire gnaw on meat. It doesn’t make you any less American. It makes you part of a conscientious resolution to help save the future. 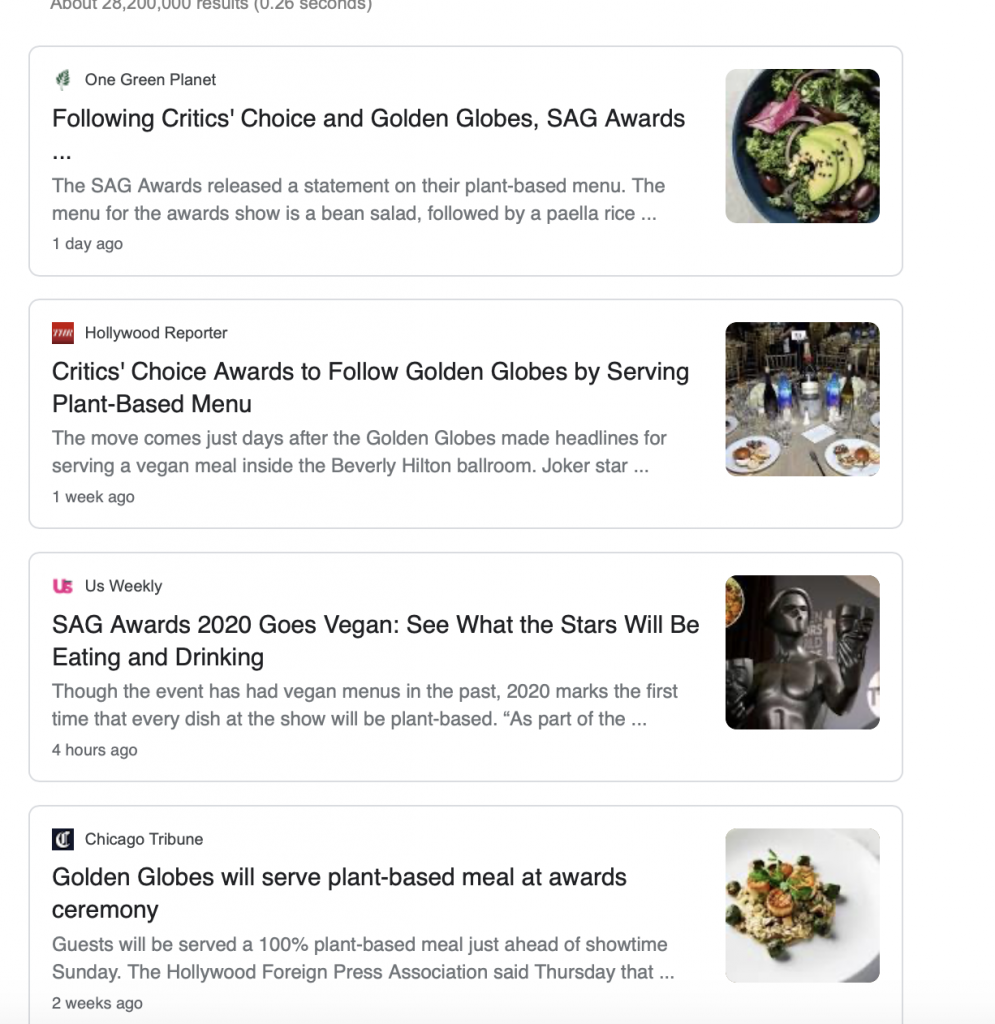