In an interview with Newman on NPR’s Tim Greiving notes:

As the film series evolved, the characters stopped to reflect more. In Toy Story 2, Newman wrote “When She Loved Me” for Sarah McLachlan—which went with a montage about losing the most important person in the world to you. In Toy Story 3, Woody and the gang suffered the heartbreak of losing their kid, Andy, to adulthood. Toy Story 4 presented Newman with ample opportunity to tug our hearts. When Woody confronts the loss of his very purpose in life, Newman was there to express some very adult emotions. “It’s very adult sort of problem that Woody has,” Newman says with a laugh.

Newman isn’t known as “The Toy Story guy” to people like me who remember the Randy Newman of his earlier incarnations as a bit of a satirist, with songs like Short People and of course, I Love LA. Which is great.

He tells NPR that it would be a shame if people only new his work on Toy Story since it remains so prominent in his long career. But this is how many times he’s been nominated: 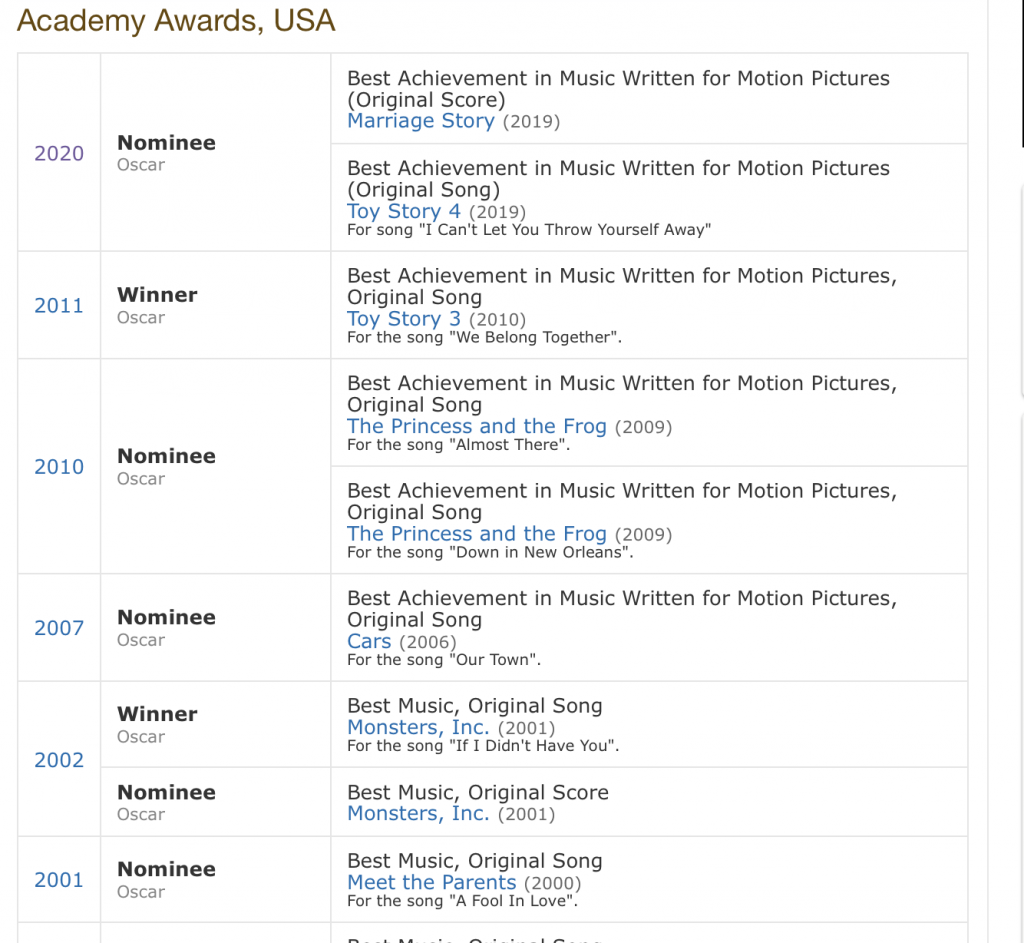 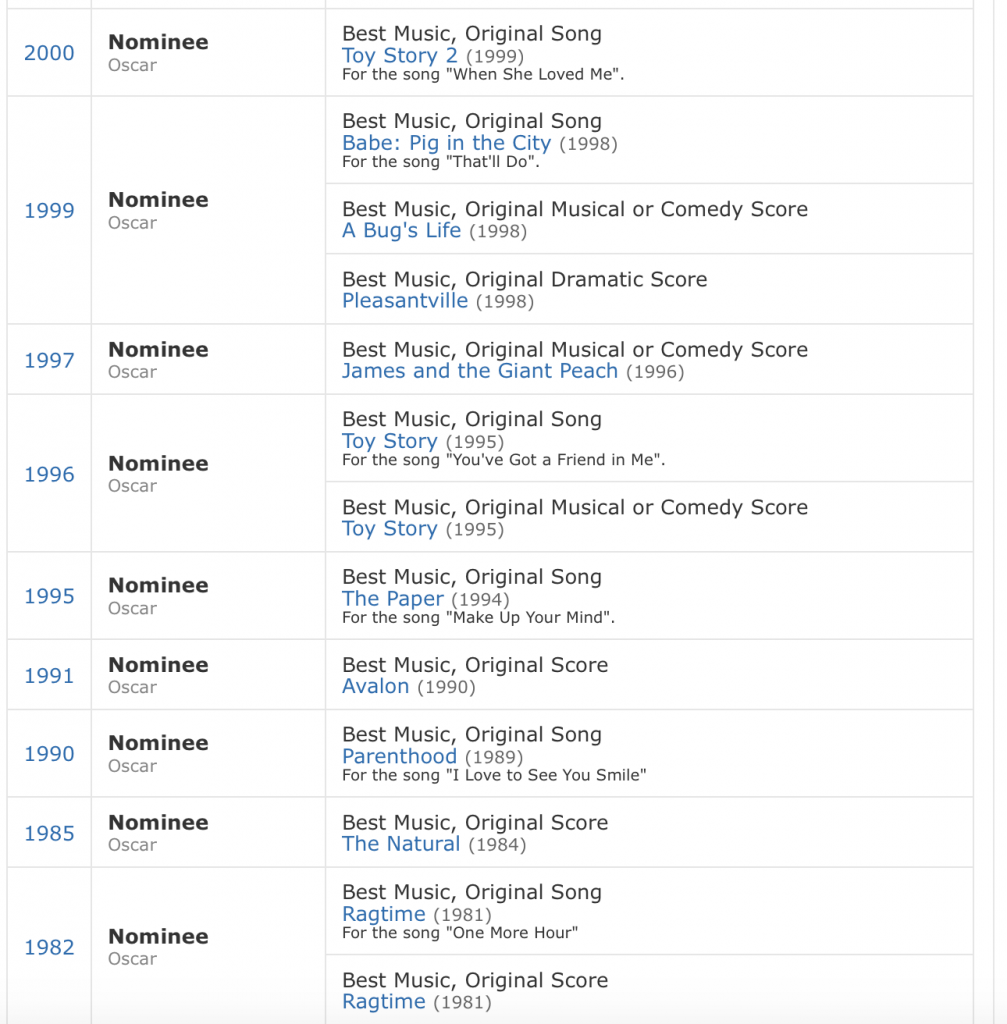 And of course, here is his latest Oscar nominated song from Toy Story 4. At 75 he is still ridiculously talented.

Taking a Deeper Look at the 2021 Emmy Nominations