As a critical key of the film’s classic appeal, Aguilar talks about his views on music in movies, how music serves a key function in film equal to that of an actor, and how music provides some of the most important emotional elements. He also discusses what brought him to the film and how he envisions music in relation to the images that exist on the screen. 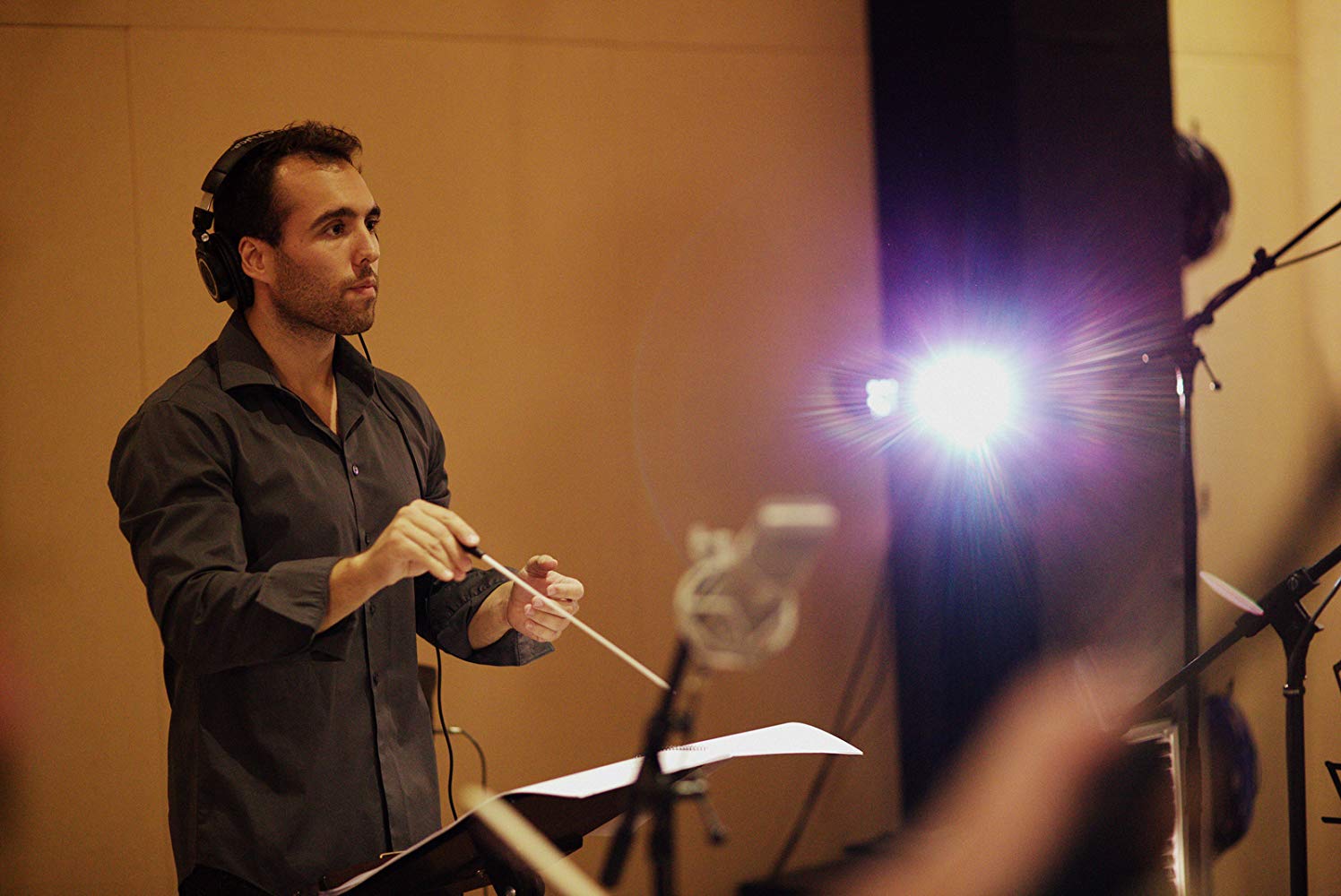 Awards Daily: How do you describe your process for making music for film?

Alfonso G. Aguilar: Well first I try to get into each and every character when I read the script. I try to find which should be the color of the characters and then I try to place them all along the movie. So that I know where they are going to start and what is the ending point of them. So that’s how I evolve the music all along the movie.

AD: So what attracted you to this story in particular?

AA: This story was a very evolving story, so the idea was to start creating something very unique in terms of sound and very dark or let’s say gray with no colors. At the end of the movie, we should end with something very, very colorful and happy, and much more textures in terms of harmonies and in terms of melodies. So that is why we have an easy, selfish sound to represent Jesper at the beginning, when he is only thinking about himself. Then we evolve it and we start orchestrating it as a bigger thing once he starts being a better man.

So it was funny because I intended to write some music that was to give this color I am talking about, but in the beginning I only had the animatics. It was black and white, so I had to imagine what the colors were going to be for the movie. I started creating all the mock ups and main structure and the main themes, and it was incredible when I saw the update of the animatics with the color. I started rearranging things to match the music to those colors.

AD: So you are talking about the colors and the different things you were working with, and this is a Christmas story so was there any famous Christmas music or themes that inspired you for this story?

AA: You know not really, cause for this movie– it’s funny we always said we were not doing a Christmas movie, actually it is a Christmas movie but not a movie about Christmas. It’s a story about letters, about friendship, about loyalty, about being better, about kindness. It’s not about Christmas. Actually, the first music that you hear in the movie is Christmas bells cause we needed to set up for the audience that it is a movie about Santa, but he is not Santa till the end. You do not see Christmas till the end of the movie, I was writing a story about kindness, friendship, all this stuff but not a Christmas movie. Actually at the end, we have Christmas and everyone loves it, but for me the challenge was setting up all the bases so you arrive at that moment of why we are living Christmas today.

AD: You conduct your music as well as composing it. Is that a major part of getting your music across?

AA: Well, it is an important part because every time I am writing my music I am thinking about who is going to play it. So, that is why you shouldn’t find (unless it is intended) a cue where you only have the strings playing, and if do not have the brasses or the woodwinds. So when I am writing the music I try to imagine how it is going to sound and who is going to play it so no one is waiting there doing nothing. I love the big orchestra, it is a luxury and honor to write music for example the Vienna Symphony. They are going to play my music so that is always great, they play incredible, they play so, so good. I think it is important to me every time that I am writing I am always counting on who and how will play my music. If you have great musicians you can write different things, like for things I am unable to play. As a pianist, sometimes I say this is so difficult for me now. Someone better than I can play it for me and that is great.

AD: For people interested in composing music, do you have any advice or suggestions for how they should go about doing that?

So you need to balance the quantity of music and the volume and size of the music. Sometimes you only need one single note of a piano and it can be much more powerful than bringing the whole orchestra on the stage. So my advice would be to watch the movie or whatever you are going to score, five, six times with no music at all and without thinking about your music. I try not to write the final music till I have seen the movie five times with no music, so I can be sure that I understood the movie that I know what we want to say, and then you can start writing.

AD: Did you always want to write music for movies?

AA: Not really, not always. I have been studying music since I was two and my first memory was about playing with music, not playing music but playing with music– drawing the figures and the notes; I knew nothing about music of course. Then after years of playing the piano and playing music, then the movie Gladiator came out with this amazing soundtrack by so I realized that if there was one way I would love to do my music that would be doing it for the movies. Because, for me, it is like being part of something bigger than myself. I have composed many things just my music and it is always me me me me.

It is always about myself. When you are doing a movie you are working with a lot of people, a lot of actors, a lot of crew, so you are part of something bigger and that is great. I love it! Doing something bigger, you are going to go further with your music. For example, with Klaus people around the world are writing texts to me on social media and that is amazing!

AD: Is there anything you want to leave our readers with about the movie, your music, or music in general?

AA: This has been the most complex movie for me in terms of emotions that I have ever done. For me, the most important thing about my music is the emotions that it is going to generate. I invite them (the readers) to listen to the music and watch the movie, trying to feel, trying to connect with this beautiful movie because all the music, all the score, has been structured that way; the harmonies are changing all throughout the movie and many melodies are going in and out and are mixing. When you are in the town with Jesper (you have these two melodies) and then you have Jesper and Klaus’s (melodies), then Klaus and Alva’s (melodies), and so if you listen carefully you will find all these connections all through the soundtrack. That is why it has been so complex but so much fun. In summary, every note is there to generate something.

Klaus is now streaming on Netflix.