by Clarence Moye
in ANIMATED FEATURE
2

Josh Cooley feature directorial debut, Toy Story 4, catapulted the one-time Pixar intern to instant Oscar-nominee status. It wasn’t the easiest task given the avalanche of snide and negative online press that greeted the announcement of a fourth Toy Story feature. Especially since Disney marketed Toy Story 3 as the closing chapter in the celebrated trilogy. But Cooley and team undertook the project with ambition and flair. The result? Another wildly popular, critically acclaimed and Oscar-nominated entry in the beloved series. 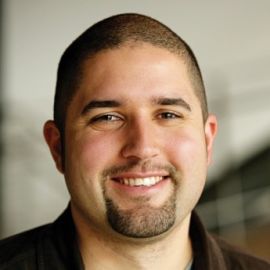 Part of that is due, I suspect, to Cooley’s darker side as an animator. He served as storyboard artist on such previous Disney/Pixar smashes as The Incredibles, Cars, Ratatouille, Up and much more, including co-writing Inside Out. But it’s Cooley’s decidedly non-Disney side projects that have garnered a small cult following of their own.

I first discovered Josh Cooley in the early 2010s when he achieved some internet fame for his ingenious and original take on classic, adult-themed films. He reimagined classic scenes from such films as The Godfather or Alien or Silence of the Lambs as Golden Books. Yup, those books you undoubtedly devoured as a toddler with the Poky Little Puppy. Only, Cooley’s version isn’t for kids. At all. And you see a lot of that same sensibility in Toy Story 4. I’m thinking primarily of the character of Gabby Gabby and her terrifying (yes, I said it) ventriloquist doll henchmen. They’re, of course, instrumental in helping Woody move on from his human-centered world, but when you first meet them, it’s a creepy (and thrilling) affair.

So, here are a handful of Josh Cooley’s early Golden Book-inspired work that I’ve collected. As brilliant as Toy Story 4 is, they make me long for a truly twisted Josh Cooley-directed film. You can find a complete set from his book Movies R Fun.