Berlin Dispatch – ‘Undine’ / ‘All the Dead Ones’

by Zhuo-Ning Su
in Berlinale, featured
3

Following an underwhelming first couple of days, the Berlinale rebounded with vengeance over the weekend with a string of beautiful, innovative, challenging works.

First up is German competition entry UNDINE, the 9th feature by celebrated auteur Christian Petzold. It’s a contemporary retelling of the water nymph myth about love, possession and memory, I adore this movie.

Set in Berlin, a city known for its numerous historical reinventions and complicated waterworks, the film begins mid-conversation at a street-side café, where douchey guy Johannes is unceremoniously breaking up with a shocked, unsuspecting Undine (Paula Beer). Wiping off her tears, Undine calmly announces that Johannes needs to keep on loving her or she’ll have to kill him, before leaving the scene to resume work as a museum guide. Strikingly conceived and shot, this strange, menacing opening sequence immediately grabs your attention and gets even more curious when Undine returns to the empty café to find an enamored stranger/her next victim (?) Christoph (Franz Rogowski), an industrial diver with whom she starts a passionate, seemingly too perfect romance.

As with many of Petzold’s films that incorporate fanciful, unexplained elements in an otherwise realistic, tightly controlled narrative, one’s appreciation of UNDINE will in no small part depend on one’s readiness to suspend disbelief and embrace uncertainty. I had no problem with how in PHOENIX (2014) the husband character appears to never recognize his Holocaust survivor wife after her return and insists that she pretends to be the person she in fact is. I found this to be a most fascinating/compelling conceit for a story about guilt. With TRANSIT (2018, featured on Obama’s best-of list 2019), however, I just couldn’t get on board with the modern-day transplant of a WWII tale and struggled to connect the whole way through.

In UNDINE, it’s never quite clear if we should take the supernatural setup literally. One could choose to read it that way and be swept away by the romanticism of underwater creatures and calls from the dead. Or one could interpret these as dramatic devices that probe the psyche of the characters and accentuate the wild flutters of a lover’s heart. In this case I don’t think there needs to be a definitive reading and find myself thrilled by this intersection of reality and fiction, by the richness of possibilities.

That the film succeeded in sustaining this hypnotic openness from start to finish has much to do with the wonderful performances of its two leads. As I’ve noted before, Rogowski has one of those endlessly watchable faces that promises tenderness and danger in equal measure. There’s a deep vulnerability to his presence that’s at once completely disarming and inexplicably threatening. Here he puts this bruised, enigmatic charisma to great use playing a character who seems so guilelessly in love but can turn your stomach in the next instant with a mere change of tone in his voice. And as a naysayer of both FRANTZ (2016) and TRANSIT, I’m glad I finally got Beer. Her portrayal of Undine is fierce, fragile, utterly alive but in a distant, almost cryptic way. It’s a smart, precise performance of perfect ambiguity on which most of the film’s tension is built. In a pivotal scene where the love between Christoph and Undine is unexpectedly put to the test by a chance encounter, the sudden, heightened drama of the moment is revealed through one single look in her eyes. It’s a look of jealousy, desire, acute recognition and immediate regret. And just like that, without even opening her mouth, she manages to set off an emotional chain reaction that basically sets up the entire third act. Incredibly precise, effective work.

I expect some viewers to be frustrated by the multiple endings of the film – and I do believe it would have benefited from ending on an earlier, less resolved note – but otherwise Petzold’s usual economy and discipline of direction is intact. A lot of ground, mythical or psychological, is covered but the 90-minute runtime flies by like a suspenseful, Germanically chill breeze. UNDINE may not have the thematic heft of PHOENIX or BARBARA (2012), but it’s a masterfully calibrated piece of work all the same. 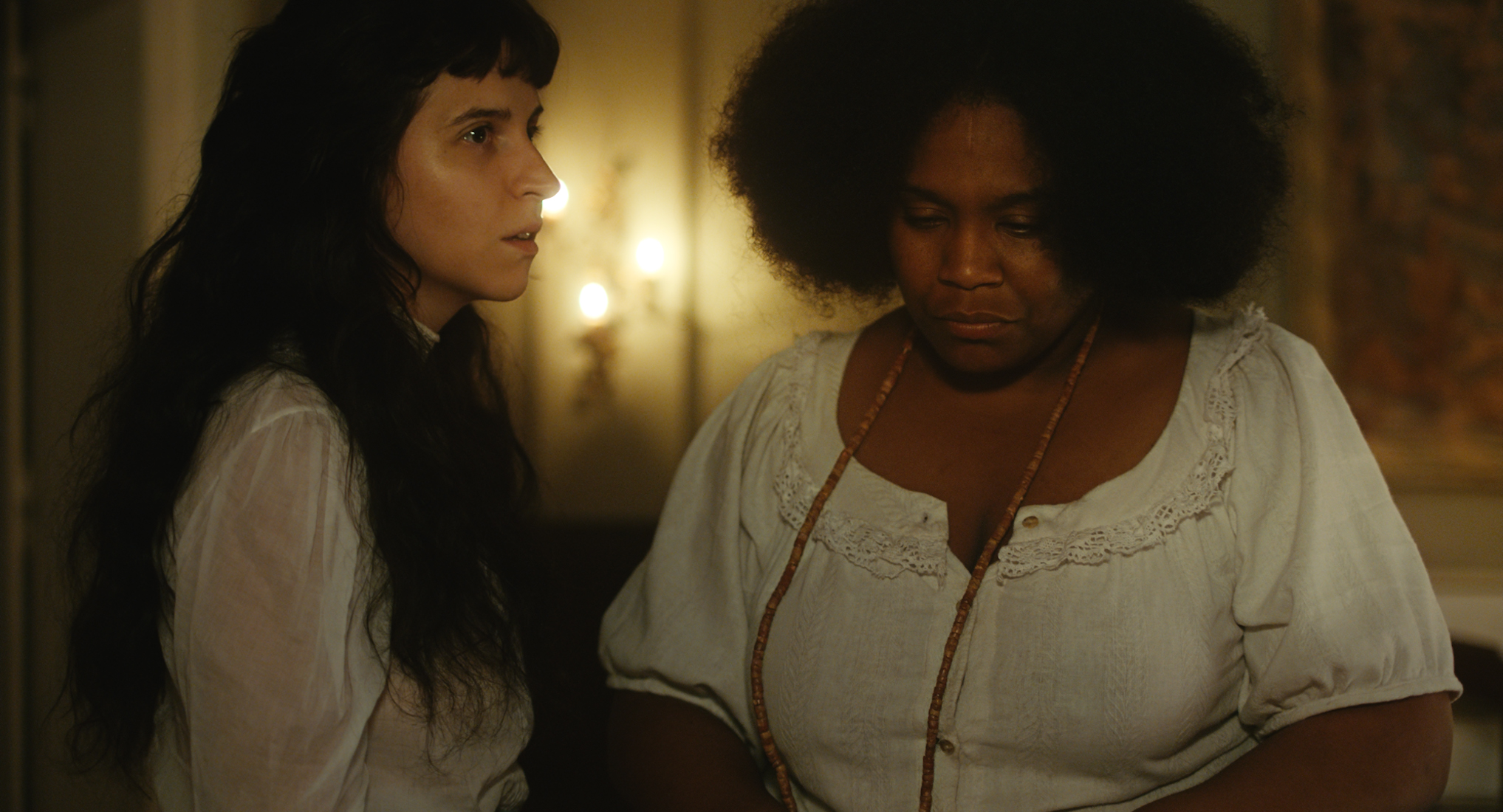 Also premiering in competition, Brazilian writer/director duo Marco Dutra and Caetano Gotardo’s ALL THE DEAD ONES feels like anything but a breeze. Examining centuries of racial tension and slavery practice by way of glacially-paced, densely-worded scenes of wall-to-wall dialogue, it’s cinematic spinach through and through but that might well be the only correct way to address the topic and the eventual pay-off is staggering.

As someone not well versed in Brazilian history, I will not even pretend to know what’s going on for most of the film. This much should be clear: set in 1899, shortly after Brazil had finally abolished slavery, a once affluent (white) family is trying to cope with its loss of privileges, including a longtime housemaid. Matriarch of the house, Isabel, is ailing and increasingly delusional. Her adult daughters Ana and Maria still hold openly racist worldviews, which does not make the engagement of Iná, a freed slave of African descent, any easier.

As suggested above, this very talky movie is legitimately hard to follow. The expansive screenplay tackles issues of race, religion, class, gender, spirituality, family and contains tons of cultural references that often render the characters’ motivation all but indecipherable for the less informed. As bulky and impenetrable as it is, I do admire this inarguably ambitious undertaking and appreciate its unwillingness to water down anything for the sake of accessibility, considering how it aims to process such monumental and evidently painful memory.

For all its formal rigidity, the last half-hour of ALL THE DEAD ONES does come thrillingly alive as ghosts from a history of cruelty, both literal and metaphorical, arise to claim their place. When Ana, still living obliviously inside a bubble of 19th century prejudices and illusions, finally leaves the house to walk among skyscrapers of present-day Brazil, the scene could not be more ironic, shocking, tragic.

In addition to these two comp entries, I would also highly recommend the documentary GUNDA, presented in the newly installed “Encounters” section. It’s 90 minutes of dialogue/narration-free b&w footage of a pig (and her piglets), some chickens and cows. Besides being magnificently lit, shot and edited, it features the best ending of any film I’ve seen so far at the festival. Be prepared to have your heart broken. Also, believe the hype out of Telluride and Sundance – at least in the case of Kelly Reichardt’s FIRST COW and Josephine Decker’s SHIRLEY. The former is an expertly crafted, golden-hearted delight that would most likely charm the competition jury led by Jeremy Irons; the latter is a relentlessly intense depiction of mad genius (in the form of horror writer Shirley Jackson) that features immaculate performances by Elisabeth Moss and Odessa Young. Color me wowed.

After the first weekend, the Berlinale is officially heating up.

FX Docuseries Explores 'Most Dangerous Animal of All'