The composer talks about his first real foray into television for Netflix's latest adventure.

Some of the most iconic film and television scores come from fantasy and adventure stories. You think of Indiana Jones or Harry Potter and your brain immediately conjures music that made those films so memorable. Netflix’s Locke & Key smashes together many different genres to create a thrilling, enchanting tale. Throughout the first season we hear whimsical, thoughtful music, and composer Torin Borrowdale loved shading the Locke family’s adventure with wit and danger.

Normally if a show plays with too many tones or tries to play around with too many genres, it fails. The creators of Locke & Key give every element of their show a sense of humor, and Borrowdale’s moves along at such an acrobatic pace that you sometimes wish you could join in on the action.

Normally, I wouldn’t recommend unlocking your own head and trying to battle your literal inner demons, but Borrowdale’s music is so thrilling that you might start your own hunt for keys of your own.

Awards Daily: This is your first experiment with television.

Torin Borrowdale: Yes. I worked in television kind of randomly, and I do consider myself a film composer. This was a bit different for me, but I really approached it in the same way. I wrote a really long film score. It’s a great show to be my first series.

AD: You get to mix different genres. The tone gets to shift around a lot.

AD: We get a familial drama but then it becomes a fantasy and then it’s action-packed. Does working with such a wide range of tones give you more to play with?

TB: Absolutely. Switching genres and moods allowed me to never get bored. The challenge was to really keep everything together since diverse music could lead it going in all kinds of directions. To make sure it didn’t get too scary or too sappy. There’s so many characters to the show. From the beginning, I had to prioritize who would have themes or music that would develop. I didn’t want to have a theme for each person or for each key. I had to figure out, based on the narrative, who was most important.

AD: Can I ask about a few pieces of music?

AD: The theme is really nimble and it reminded me of the mechanics of a music box? The prongs that go along the item that turns to create the music.

TB: That’s a great analogy to the music box. What I thought when I was writing that was there was Keyhouse and the premise is exploring it and each key has a different palette. I wanted a theme that encapsulated that curiosity and that unlimited possibility of ideas. It starts with a trill on the piano and it becomes something bigger. I didn’t try to match every mood in the show, because, as you know, it runs the gamut of emotions. With the theme, I wanted to just only be about finding the magical keys.

AD: I also got excited when the theme comes back throughout the season.

TB: Oh, yeah. It was great to reuse it, because I enjoyed writing it. Sometimes the theme doesn’t come back in the show, so it was fun to find spots where it made sense to do that.

AD: When Kinsey and Tyler find the paint jar memories, the music prodding our curiosity before becoming very sinister when we see what happens in the memory. Can you talk about that dichotomy?

TB: That was a fun scene to do because there’s so much mystery The first half of the show, the characters are revealing things, and this is a moment that I don’t think the viewer is expecting. Especially if they are unfamiliar with the comics. It’s very dark—it’s set in a cemetery—and the music, similar to the opening titles, there’s a piano moment. Then they see a memory of their father committing a murder. They definitely aren’t expecting that. It was a dramatic scene to score, because nothing’s really happening. They are finding the keys and the jars come up from the ground. If there was no music there, it would be a really empty scene. It was great to score because it gave the scene a lot of voice and could describe to the audience what it would really be like to be there.

AD: The final two episodes are especially packed with music. You get to almost Goonies or Raiders of the Lost Ark vibe in some of these big action sequences like when Kinsey is leading the Savini Squad through the caves.

TB: Those sequences were so fun because we had a full orchestra, including a full brass section. To me, the brass makes it big and adventure-like. When you’ve got these moments to score like The Omega Door that are over-the-top in that way…I had to take it. I had to take those moments as a composer. Each episode has its own adventure so I wrote each episode at a time. I tried to structure them like a movie since most of them have a big set piece at the end of the episode. Each one had a different challenge.

AD: You mentioned that you didn’t want to write specific theme music but I noticed a difference when Nina is dealing with her drinking. There are moments when she’s hiding her alcohol and another where she’s throwing it away. That music feels really grounded.

TB: The theme there is actually Nina and Rendell’s theme.

TB: To get a little more complicated, that’s a variation of the family theme. When I said that I didn’t want to give people themes, I just meant that I didn’t want to give Kinsey a theme because she’s on screen. Generally with the family, when they are talking about sadness or the loss of their father, I play the family theme. That’s not really Rendell’s theme. With Nina’s addiction, I think we hear that in episode four with the Ray of Sunshine mug. She doesn’t miss Rendell as a father, she misses him as a husband. That’s what she’s dealing with in episode eight when she goes back to drinking since that’s the root of all this. She doesn’t have her husband to be her support.

AD: Yeah, the simplicity stood out to me, and I thought it was really lovely. 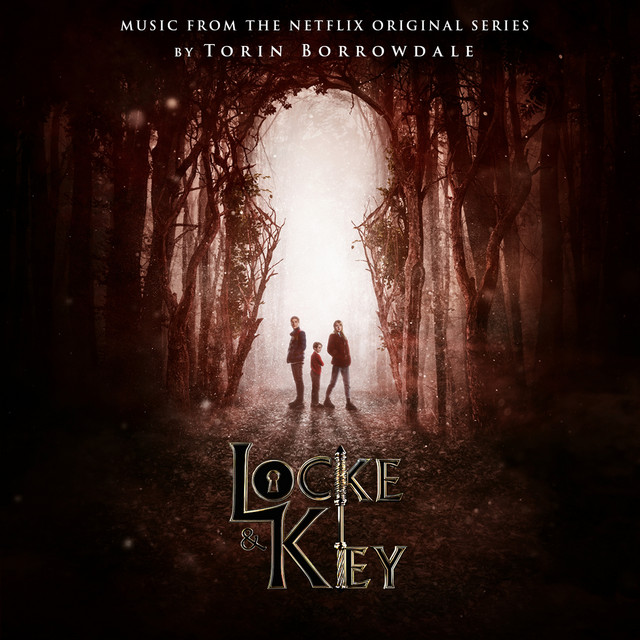 AD: A lot of composers talk about not forcing the audience to feel emotions but enhancing it. I think Locke & Key’s score is a great example of getting the audience revved up but not telling us how to feel. Can you talk about the push and pull of that?

TB: That’s the main challenge as a composer—knowing when to quit. You don’t want to tell the audience something that’s not there. Sometimes, though, the music is really influencing the audience to feel scared. There’s a lot of jump scares in the show that wouldn’t land if they weren’t there. It’s a variety of approaches. When I saw the cut of the first episode and the mirror sequence, there was something lacking about the whole last five minutes of the episode. It didn’t feel like the finale of the pilot but just things happening one right after the other. That was something that I pushed with the urgency of the moment. Bode had already lost his father and now his mom walked into a mirror. The music that was there in the edit wasn’t conveying the emotions. If you look at the scene, you can see it in his eyes in what he says. I wanted to take how his character may be feeling and put it into the music.

AD: One of your next big projects, Run, looks terrifying.

AD: What was it like to jump into horror territory.

TB: It was great having these projects back to back. Locke & Key has so many characters and it gave me a lot to do as a composer whereas Run is a stripped down narrative. There’s only two main characters and only one storyline happening. Run was an exercise in restraint. Locke & Key is dark and scary by the end of it, and it was great to amazing to have so many different things to do.

The first season of Locke & Key is available now on Netflix. Torin’s score is now available to purchase online.

Social Distancing Got You Down? The Cooler Gang Lends a Hand!