‘Query’ Is a Short with A Lot On Its Mind

by Joey Moser
in Reviews
3

You even talk about societal pressures on sexuality, bro?

We don’t get a lot of films where straight guys openly talk about why they are attracted to women or why gay men are attracted to men. They think with one thing, and you can’t change that, am I right? Sophie Kargman’s great short film, Query, casually asks the viewer to consider that maybe you’re into what you’re into because of what you’ve seen all your life. Query forces you to ponder about your own experiences but wraps them in bro-rific conversation.

Justice Smith and Graham Patrick Martin play Jay and Alex, two college buddies who have known each other since they were 11 years old. As we see them play video games and lounge in the pool, they constantly toss around the notion that male sexuality has been accepted because that’s what society has primarily been presented to us. What would happen if we gave into our own free thought? How conditioned are we?

Jay and Alex do some subtle things that may indicate some underlying gay behavior, or are they closer because they have known each other for so long. As they play video games, there’s an almost orgasmic quality to the cheers when one beats the other. They share a Juul as they banter shirtless in a pool. I’ve honestly thought that some things straight guys do with each other would make a gay guy raise his eyebrows. Smith and Martin have an unguarded chemistry between them, and that is key for this kind of conversation. Their verbal volleying is almost adorable in how eager they are to make the other change his mind. It is also obvious that maybe the relationship between these friends would accelerate differently if they were more casual acquaintances. Kargman gives them the space to find that bond.

The most refreshing thing about Query is how open Kargman leaves the door for us. It’s an invitation to create our own conversations about our own personal perspectives on sexuality. What was your upbringing like? How has your life changed now that you’re an adult living on your own? Query offers a question, but it wants your honest answers. 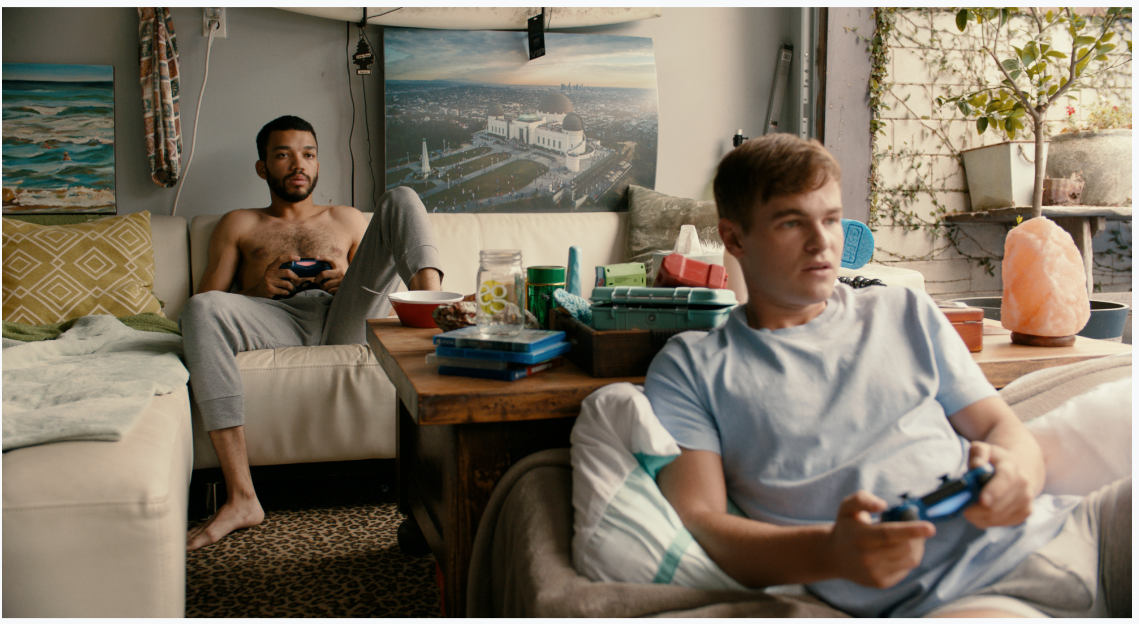