Michael Abels burst onto the film and television scoring scene thanks to an acclaimed filmmaking partnership with Jordan Peele. If 2017’s Get Out put him on the map, then 2019’s Us staked his claim as one of the most exciting emerging composers in years. His beloved score from the horror masterpiece was highlighted by the addictive and unsettling “Anthem.” Critics applauded, bestowing several Best Original Score awards.

Abels returns to prominence this weekend with HBO’s Bad Education, starring Hugh Jackman and Allison Janney. The film premiered at last year’s Toronto International Film Festival before being acquired by HBO Films. His latest score marks something of a departure from the likes of Get Out and Us. If Us took an elevated, near-operatic approach to horror, then Abels’ Bad Education score uses a fully operatic, near-classical approach to accentuate Cory Finley’s story about the real-life downfall of school superintendent Dr. Frank Tassone.

Here, Abels talks to Awards Daily about his approach to the material. He shares what within the story warranted a classical approach. He also talks about the quieter, more introspective moments in the score, particularly in the film’s darkly comic moments.

Bad Education is now streaming on HBO. The soundtrack is now available online.

Awards Daily: You’re coming off of a tremendous few years with well received scores for Get Out, Us, and now Bad Education. What was that experience like for you exploding on the scene as you have?

Michael Abels: Well, gosh, thank you. It was exciting and very gratifying to have people respond to those really terrific projects that I threw myself into. To have people really get them and be inspired by them and get scared out of their minds too.

AD: Yes absolutely. Did you find that the recognition and awards that came with Us opened new opportunities for you?

MA: Yeah, any artist wants the opportunity to have their work heard and to work on new things and with different people, and now I’ve had the chance to do those things more than ever before. It’s a huge blessing.

AD: How did you get involved with Bad Education?

MA: I think it was the music supervisor, Sue Jacobs, who had been aware of my work and suggested me to the director, Cory Finley. The minute I saw the film, I thought I could do great things with this. The story is so well told, and it’s so interesting. It was just a very exciting opportunity.

AD: So, when you look at a project like this – an interesting comedy/drama hybrid with so many outsized characters – do you approach it different than you would something like Get Out or Us?

MA: Well, where do I even start with this? So, horror is a genre on its own and has its own idiomatic things to it. Then, there’s a Jordan Peele film which is a whole different spin on that. It has a very particular vibe to it that’s not like anything else. So, the minute I’m working for another director, all the things I was getting used to with how Jordan works and the things Jordan likes are by the wayside. This film is a dark comedy even though it’s a true story. It’s a tragedy in its own way, especially for the people in that community, and yet, to see how it unravels. The story is about human foibles and the desire to do the right thing while, at the same time, the desire to win.

Cory Finley really loves riding that edge between doing right and wrong and seeing the humor in how people make that choice. The music in this film needed to be very much of Frank Tassone’s world. He loves classical music, and that sort of music is great at depicting the aspirational, high culture goals of a well-to-do school like the one we see in the film. Also, Cory likes to have music play whole sequences with very little dialogue. To have music really tell that story. He does really well at knowing which scenes to play with no music and which scenes to give over fully to music. 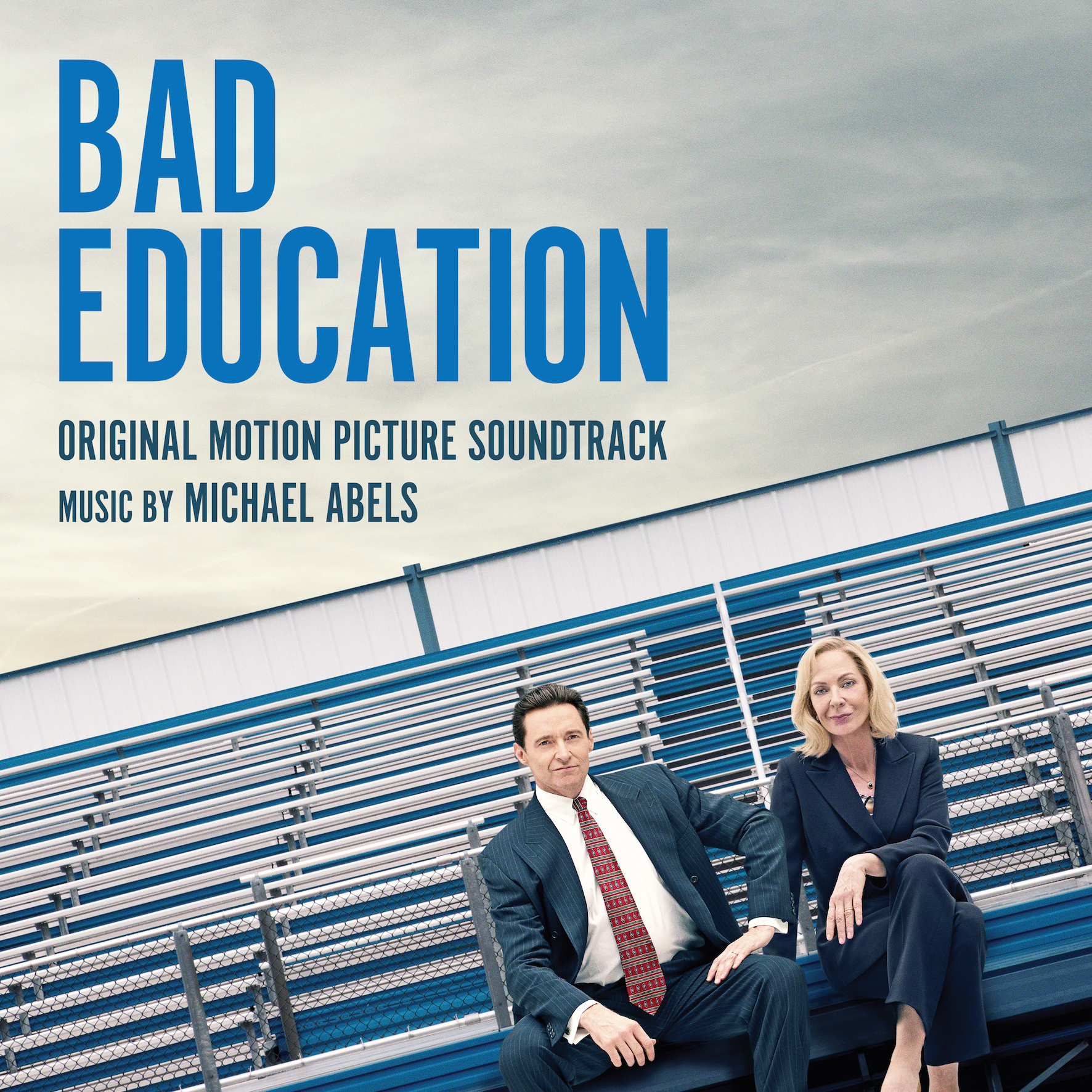 AD: So, as soon as I started watching the film, I realized it wasn’t the score I was expecting.

MA: From that very first sequence in Bad Education, your score held an operatic, classical tone. So, it was the character of Frank Tassone that inspired this direction?

MA: Yes! Frank Tassone’s a real person, and I guess he’s a fan of classical music – or at least the one we see in the film is. He’s the type where his collar needs to be perfectly creased and he wears a half or full Windsor knot depending on the occasion. So, we think of classical music as really contributing to that kind of personality. Plus, there’s the hallowed halls of a school that takes itself very seriously with a capital V and a capital S. Cory always had that in his mind as the natural type of score in these moments.

As Frank’s world begins to unravel, there’s some minimalist music – kind of like a dripping pipe where there’s just a drip but you know if that drip isn’t taken care of then you know it’s going to turn into a flood. That’s deliberately used to portray his world unraveling sonically, and gradually those two styles come together as we get closer to the end of the film.

It’s a grand tragedy that takes place on a really small stage. To play up the operatic quality of it was huge fun.

AD: So you’ve mentioned this story is a dark comedy. The operatic approach helps underscores the comedy of this situation – ie his downfall.

MA: Yes, there’s nothing funny about the music by itself. The music’s played completely legit. It’s the juxtaposition of the music and the situation that’s, to me, the essence of dark humor. It’s not so much what is said, but it’s the context.

AD: So, what’s your next big project?

MA: I have a film premiering on Netflix on May 1 called All Day and a Night. It stars Ashton Sanders from Moonlight, and it was directed by Joe Robert Cole who co-wrote Black Panther.

AD: [Laughs] I knew you weren’t going to, but I just had to ask.

MA: I don’t blame you for asking. [Laughs]

Look Back: Everything Elevates in ‘Ozark’ Season 3