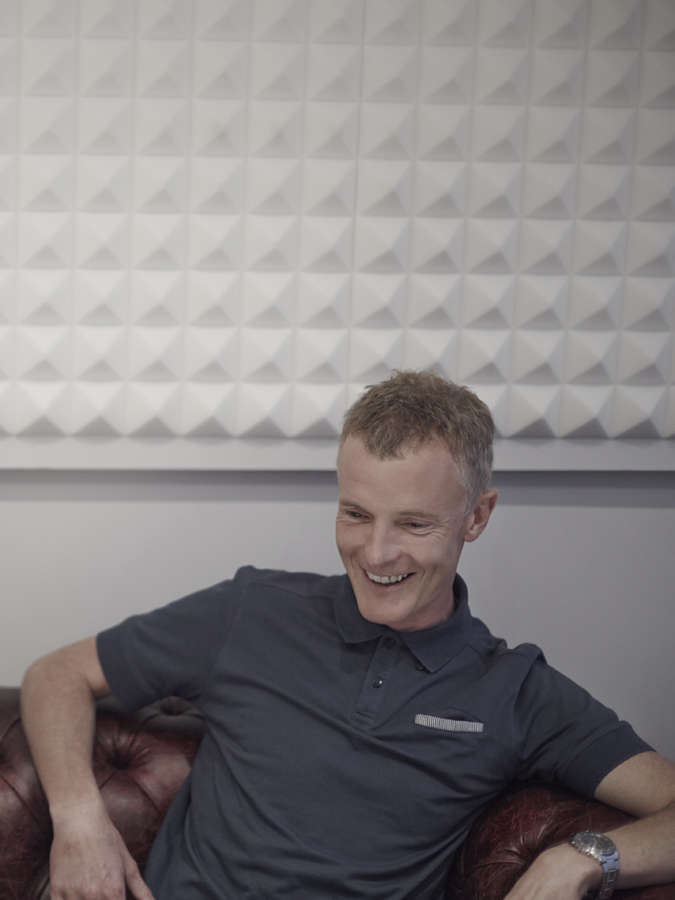 Netflix’s The Crown continued into Season 3 with a completely new cast, reflecting the shift into the 1960s. Olivia Colman, Tobias Menzies, and Helena Bonham Carter take over from Claire Foy, Matt Smith, and Vanessa Kirby, respectively. While much of the below the line talent remains consistent, Season 3’s score duties fell to a new member of The Crown family. Award-winner Martin Phipps (Black Mirror) took over composing duties from Season 1 and 2’s Rupert Gregson-Williams.

The shift marks a more introspective turn for the series. Gone from the narrative are the bigger, showier moments of royal pageantry. Instead, Phipps approaches Season 3 with a quieter, vaguely minimalist score reflecting each main characters’ internal struggle with the expectations of the crown. Phipps also had to tackle scoring duties of the season’s most heartbreaking moment: the 1966 Aberfan disaster in which 116 children and 28 adults died.

Here, Phipps talks to Awards Daily about taking composition duties over from Gregson-Williams, about creating a unique sound for the quieter season, and about creating the score for the heartbreaking “Aberfan.”

Awards Daily TV: You took over from Rupert Gregson-Williams as the cast changed for The Crown Season 3. Was there a concentration on keeping a sense of consistency between Seasons 1, 2 and Season 3? Or were you focused on making a clean break of it?

Martin Phipps: From the first time Peter Morgan (The Crown‘s creator, writer & show runner) approached me, the conversation was always about trying something markedly different with the music. Rupert Gregson-Williams had done a fantastic job on the first two seasons and believe me it was a daunting prospect taking over the job as composer. It was made easier by the fact that the whole show was having a makeover, and the intention from the beginning was to use the score in a different way – to be more subtle and less bombastic. To use less music, but to make it count more when it arrived. And above all, to tap into the inner emotion of the characters.

ADTV: Season 3 focuses more on the personal lives of the Royal Family over grander scale events. How does your score reflect that shift?

MP: We wanted to create a sense of intimacy in the score to reflect this shift in the storytelling. Consequently, I dialled back the grand, pulsating orchestral passages and focused more on the intimacy of individual instruments. I often presented Peter Morgan with simple, stripped back demos of the themes, which he loved. We would then go onto record them with full orchestra in the grandest studio in the UK (Air Lyndhurst), and he would often make me go back to the demos and ditch the live recordings. He felt the music lost its edge, its personal flavor. Full orchestral scores sound magnificent, but they can also sound a little generic, and I think that is what he was reacting to. The music had become less individual and a little more “normal.” For Season 3, it had to be personal.

ADTV: What general instrumentation do you use for the bulk of the Season 3 score?

MP: The solo french horn became an immediate favorite. I think it works best in the main theme for “Aberfan.” A simple, haunting melody, over an evolving string bed. I have always loved working with voices too, and this was another new element in Season 3. In “Aberfan,” I recorded a male choir singing an old Welsh hymn and then time-stretched it almost beyond recognition. At the funeral of the children, the singing of the congregation is faded out and replaced by this ghostly, elongated music – the lost souls swirling around the Welsh valleys.

ADTV: Do you leverage specific instruments for the major characters? Meaning, do you approach scoring Elizabeth’s scenes differently than you would Princess Margaret or Prince Charles?

MP: Yes, individual characters did have their own themes, though these often got passed around. For instance, Princess Margaret’s theme is actually titled “Sisters” and is used most in her relationship with the Queen, signifying her longing for the meaningful role and sense of purpose that her sibling has.Charles has simple repeated string chords as his motif with a slightly doleful clarinet melody on top.

ADTV: Season 3 also features two older, sadder, more poignant characters in Princess Alice and the Duke of Windsor. What themes did you create to highlight these important characters in the overall narrative?

MP: One reviewer of the soundtrack commented that I had captured the “sigh and retreat” of this older generation of Royals. It was always our intention to treat the characters with love, despite their faults. Especially someone like Princess Alice and even a character like Lord Mountbatten, a grand figurehead of a lost colonial age. I tried to capture the poignancy of these individuals with a high, sighing string motif that then gives way to a rousing cello melody.
ADTV: “Aberfan” is a devastatingly emotional episode given the events it depicts. How did you approach scoring this great tragedy?
MP: This episode was a particular challenge. I had to try and score the fact that the Queen was unable to display sadness at the tragic deaths of the Welsh children. In other words, I was tasked with helping us, the viewer, feel emotion about someone who was unable to feel emotion. This comes to a head when Elizabeth finally visits the disaster sight. The music needed to convey her complex feelings, while also respecting the terrible suffering of the citizens in that town. My simple, lonely horn melody was her sense of isolation and regret that she was failing in her duty while the growing intensity of the held strings underneath was the tide of grief around her.

ADTV: Season 3 introduces the younger generation – Prince Charles, Camilla Parker, Princess Anne – and, visually, we start to slowly realize a slightly more modern version of the Royal Family. How does your score reflect the shift to a newer generation?

MP: There are hints of a more modern sound in Season 3, but even the younger characters are still tainted by the depression of the post war years. The real shift comes in future season I feel.

The Crown Season 3 is now streaming on Netflix.

Succession's J. Smith-Cameron on Playing the Smartest Woman in the Room, Gerri's Relationship with Roman