by Clarence Moye
in ADTV, Interviews
0

“When you wish upon a star…”

Leslie Iwerks is no stranger to the Disney way of life. The daughter of certified Disney Legend Don Iwerks and granddaughter of animator Ub Iwerks (co-creator of Mickey Mouse and Oswald the Lucky Rabbit), Iwerks grew her documentarian career by exploring a wide variety of subjects ranging from environmental issues to William Randolph Hearst to, yes, many things Disney. Her documentary short film Recycled Life brought her an Oscar nomination, and her exploration of the rise of Pixar Animation Studios brought her an Emmy nomination.

With The Imagineering Story, Iwerks had the challenge of capturing over 50 years of Walt Disney Imagineering. Iwerks through The Imagineering Story explores the very first Imagineering engineers who partnered with Walt Disney to build Disneyland in Anaheim, California. She also continues into the thriving era that follows through the 1964 World’s Fair where a legendary park attraction premiered into the creativity boom with Disney’s Asian parks. The series also includes tough looks at the 1980s where the fate of the Imagineering team seemed uncertain. Iwerks’ documentary, which premiered as a flagship Disney+ series in November, is widely acclaimed for its insider access, depth of coverage, and thoughtful and unbiased perspective on his subject matter.

Here, Leslie Iwerks talks to Awards Daily about partnering with Disney on The Imagineering Story and about the process of making the decades-spanning documentary. It’s pure candy for a Disney fan such as myself, particularly in this COVID-19 era. The documentary helped me fill that Disney Parks void for sure.

Awards Daily: So, The Imagineering Story focuses on the 50-year history of the Walt Disney Imagineering team. That’s a huge undertaking. Why was this such a passion project for you?

Leslie Iwerks: Well, first of all, I grew up behind the scenes at Disney. My father worked at Disney for 35 years, and my grandfather was Walt’s business partner in the beginning and a co-creator of Mickey Mouse. He was a visual effects and technical pioneer at the studio for the latter part of his career, so I was always around Disney as a kid and loved it. I knew a number of the Imagineers as a kid and into my 20s and 30s. It wasn’t a far-fetched idea when I was approached to do The Imagineering Story after The Pixar Story. I thought it would be a great idea and would love to take that on. I didn’t know a lot about the whole history as it related to their story versus the individual parks, so I thought it would be cool to take on a big story like that. But it was expansive with a lot of characters, and I wondered where to even start. They originally commissioned it as a 90-minute film with the caveat that they wanted hire me to document the opening of lands and parks over a 5-year period.

So, that’s what we did, and I interviewed over 200 people across the parks and all around the world. I’m immediately thinking that I go deep with interviews and I want to give as much information as the audience would want to know. We started getting in all of this archival material from Disney and the parks’ archives. We had so much material coming in that we couldn’t believe it. You take this material and pull at one little thread and all of a sudden stuff comes out that you didn’t know you had. That’s how it evolved – this expansive project that was like a puzzle piece in which you keep building these difference pieces and then they all of a sudden come together over time. Disney+ came along eventually, and it was the perfect marriage.

AD: Given all of the history you’re covering and the insider access that you had, I’m amazed that the final result can’t really be considered hagiography. Given this was a Disney+ launch day series, were there any moments along the way where Disney wanted you to pull back a bit?

LI: The whole thing was commissioned as a way for me to document what was happening at Imagineering during a sort of golden age or another golden age of Disney Imagineering, which included Cars Land and Shanghai Disneyland and so forth. There was a lot of rebirth coming out of the second decade of Michael Eisner just as he had a rebirth coming out of the Card Walker era, so they wanted to document a lot of that. But they also said, ‘Leslie, this is your story. We don’t want to hold you back from being honest and authentic about our history and our past. You will find your way, and we will guide you as you need it.’

So, I interviewed a number of Imagineers prior to their on-camera interviews and got their real story. It was interesting that some were reluctant to talk about some things to avoid being controversial. I advised that, if they ever wanted to share something, then now would be the time because Disney is totally supportive of this. Many people were very, very honest, and when we incorporated those honest comments, people were refreshed by it. It was sort of refreshing and honest, and they couldn’t deny it. We didn’t vilify anyone – there’s a difference between being honest and factual verses opinionated. There were a lot of people with opinions that were not positive toward certain others or certain time frames, and we had to analyze that and determine if it was that person’s opinion or if it was indeed a fact. Over time, we found that a lot of people had the same opinions, so we knew there was some truth to what they were saying.

There were a lot of those kinds of discussions, but I think more than most films that Disney has ever put out as documentaries or any sort of self-reflecting stories this is the most honest they’ve ever done or have ever allowed to be done.

AD: Yes, I agree, and it’s refreshing that you’re allowed to create this fresh perspective on this team that has shaped what we know as Disney today. It’s amazing that you were able to achieve that kind of authenticity.

LI: Well, I think also that there was a level of trust that Bob Weiss kindly said in an interview recently that he felt I was the only person they could have hired to do it because of my background and because I have grown up on the inside so I knew a lot of people. You also have to rise to the occasion. I felt a lot of pressure to make this film as good as Imagineering is. They have a very high bar of quality, and I just wanted to deliver on that. I have to be as good or better than they are in the storytelling. That was were my pressure was. It’s not just that my family has a relationship with Disney. No, you have to deliver and do it right.

AD: So, as you’re doing this research, was there anything that surprised you, given your history with the company?

LI: All along the way in every interview I did, there were things I didn’t know. That’s the fun part about documentaries – you’re always learning people’s points of view and perspectives and history. I would say one of the more emotional interviews was the Daniel Jue interview for Tokyo Disneyland and the tsunami and the Tokyo Disneyland opening after that. I didn’t know any of that. I didn’t know Disneyland was as impacted as it was, and when he talked about the reopening, he teared up in that interview. I was crying in that interview! It’s rare to get me to tear up. One of my strengths is a real sense of empathy, and that really hit me. I really tried to gauge where the person I’m interviewing is coming from and what’s making them feel the way they are. That gets imbued into me, and then I can put that into the film and put music to it or a specific editing style to it. It’s been a really gratifying experience to read on Facebook or Twitter people reacting to that very specific moment. 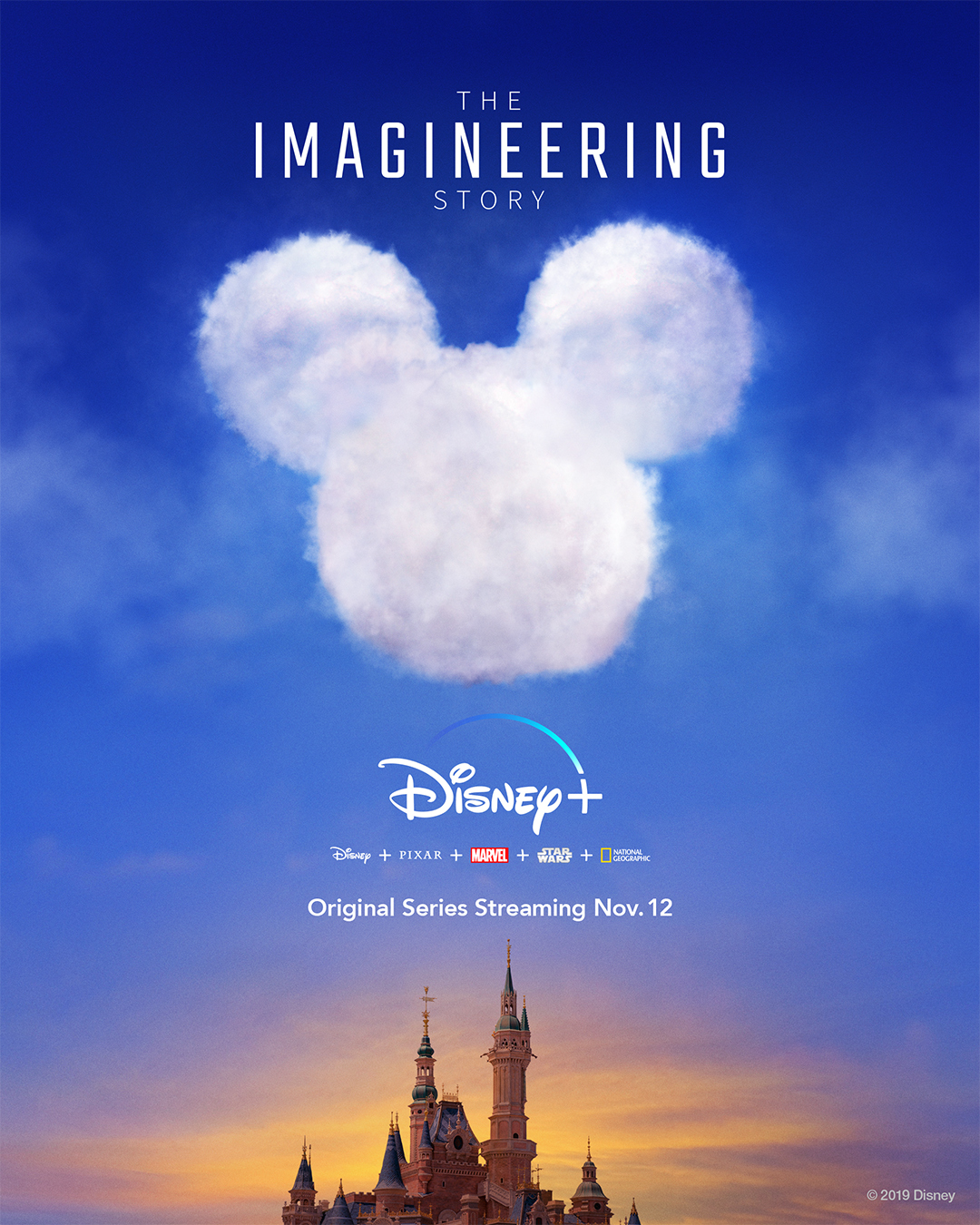 One fun thing was seeing the basketball court in the Matterhorn. That’s something I’d always heard. There are little things like that that I didn’t know. There are a lot of things I knew about that would be fun to take audiences into that world. So, we decided to take Bob Gurr (original Imagineer responsible for designing the Matterhorn Bobsleds) and shoot some hoops! Things like that were just fun experiences to bring to the screen.

AD: It was also an emotional moment watching Bob sign the wall of all the employees who’d worked there.

LI: Yes. It was a sweet moment.

AD: Those two moments were the emotional highlights for me personally. I knew the backstory of the Tokyo Disneyland rebuild following the tsunami, but I wasn’t prepared for the scenes of the park reopening – a healing moment for the people of Japan.

LI: Yes, it was. And I think to follow on from your last question out of what did I learn, I think what’s really a mind-blowing experience having been on this project is that some people think of Disneyland as “just a park.” Others die to go as much as they can. So, I had to kind of gauge and try to hit both of those spectrums. I challenged myself with how I would get those people who never want anything to do with Disneyland to watch this. That was always one edge of the spectrum.

The other edge of the spectrum was the Disney fanatics who go all the time. Who seem to know more about it than me. So how can I still make it fun for them? How do I find things that they haven’t seen before?

AD: By the end of the series, the viewer thinks there’s really no problem the Imagineering team can’t solve. Where do you think Imagineering will take us over the next 10-20 years?

LI: Well, I think they’re going to continue to innovate. That’s in their DNA – to innovate and change. What has struck me through all of this COVID crisis with the unprecedented reality of all of the parks shut down at once, I think there is a real desire and need for them in this world. Hopefully, sooner than later, they will be back up and running, and people will be enjoying life again safely. I think the Imagineering team will keep innovating and find ways to entertain people.

The Imagineering Story is currently streaming on Disney+.