The 8-episode Disney+ series reconnects with classic Disney films through the props that remain.

Disney+’s Prop Culture is, first and foremost, an incredibly fun documentary series. Particularly if you, like me, look back at your childhood and find Disney films peppered throughout it. That’s the kind of connection that Disney and Prop Culture host Dan Lanigan hope to make with viewers. And, if you’re a collector yourself, then it’s all over. This is the show for you. 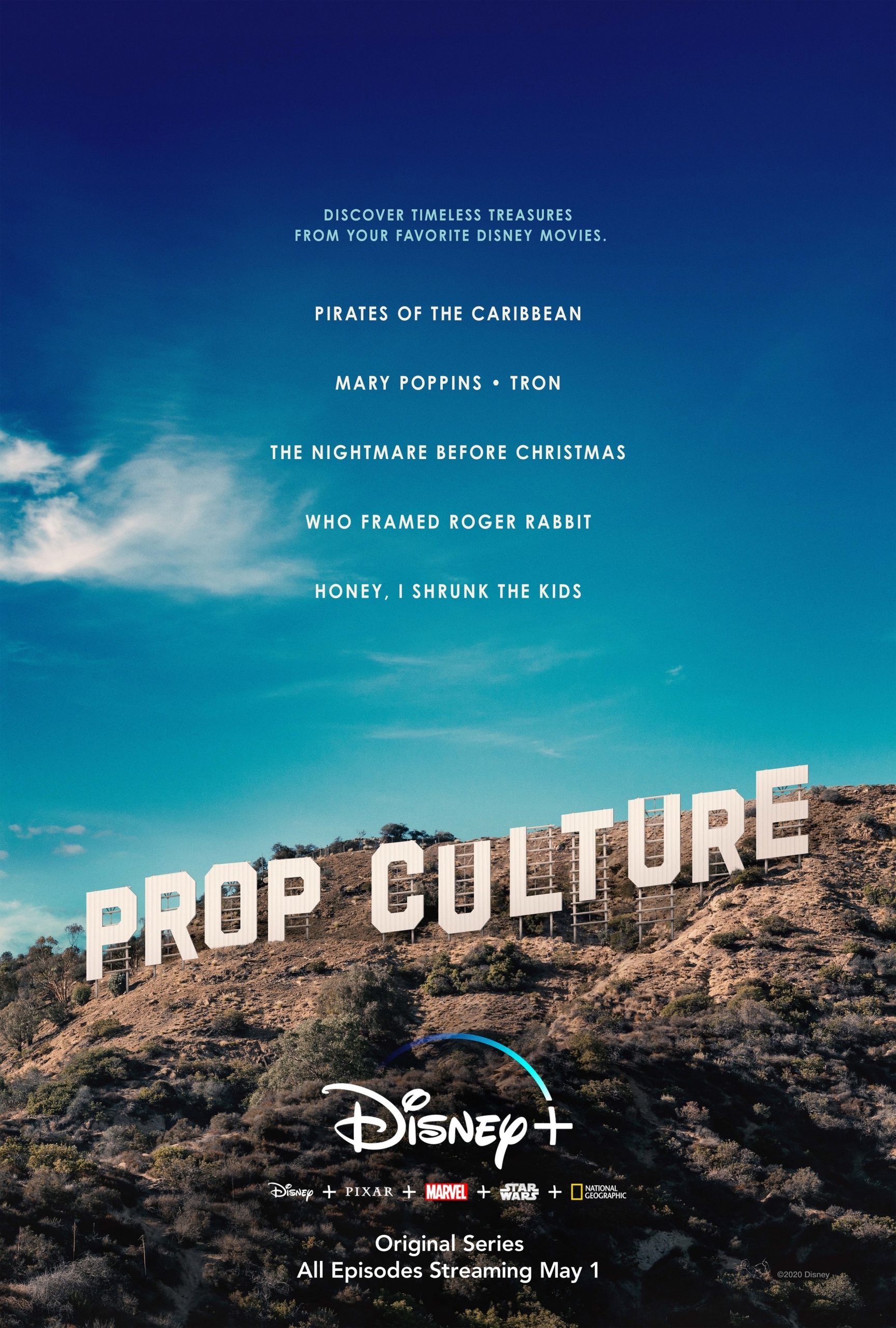 Prop Culture explores the history and legacy of such classic Disney films as Mary Poppins, The Nightmare Before Christmas, Who Framed Roger Rabbit, and more. In each episode, Lanigan sets out to uncover props used in the making of the films. Ever wonder where the Banks’ family snow globe went? What about those Tron bodysuits and helmets? It’s all here in Prop Culture. Lanigan also engages crew members of the original films – songwriters, actors, designers – and walks down cinematic memory lane with them.

Here, Lanigan talks to Awards Daily about creating and shaping the series, working with Disney to select the 8 films featured in the premiere season, and what top finds he considers crown jewels of his collection.

Awards Daily: Where did your drive to collect come from?

Dan Lanigan: I’m not sure. I grew up collecting comic books and action figures. Having that stuff around subconsciously inspires me, artistically and otherwise. I’ve thought about what makes collectors who we are – the hunter/gather in us on hyperdrive to collect things that aren’t required to keep us alive but we’re obsessed about. I love film, and I certainly collect props because of my love of movies and television. It’s a way for me to get closer to the stuff I love and learn about the process in the same time. Plus, the people you get to meet – these wonderful artists and people who work in the industry – collecting movie material has definitely given back to me in spades.

AD: What would you classify as your top three finds in your collection?

DL: Different collectors categorize things in their collection differently. Some people categorize them based on how difficult it is to find. Some people, it’s about money, which isn’t the case for me. For me, it’s about the film and how important that film is to me. The problem with that is my favorite film is Blade Runner, and that is a film with hard to find pieces and they’re not inexpensive. I would say my Deckard collection from Blade Runner is one of them. I would say my Indy collection – I’m lucky enough to have a hat, whip, and costume from Temple of Doom. Also, probably Nightmare Before Christmas because I’m obsessed with stop motion and Harryhausen-style filmmaking. What Henry Selick did with Tim Burton’s ideas for Nightmare Before Christmas was just amazing.

AD: So, looking at the series Prop Culture, you included Nightmare Before Christmas because it’s a personal favorite of yours, but how did you narrow the selection down to the 8 titles featured in the series?

DL: When we sold the show, part of what I thought was important was to use this show to re-introduce people to these movies in a non-traditional way that would come out of love for the movie. I love every one of these movies in our show. We had 8 episodes and each one was a separate film. We came up with a list of 14 films that we felt were important to Disney, had good stories related to them, had artifacts we thought we could find and were important to me since the show was coming from my perspective. I felt like I needed that personal connection with the films in order to sell it. Love of these films and love of the process is important and needed to come through in this show.

AD: When you were creating each episode, did you have to consider a way to shape an episode when a title is more recent versus something older with decades of legacy like Mary Poppins?

DL: Specifically, the newer the film, the lack of that timeframe that gives you clarity as a person or as a fan or as someone who worked on the film of what that film means to you, makes that much more difficult. The further distance it is, the more clear of what that connection is. There are definitely challenges. From a nostalgia perspective, the older the movie, the better than nostalgic connection is. But the older the movie, the less likely the people involved will be alive. It’s also a challenge to find the pieces involved. The older the film, the more likely the pieces are lost to the winds. However, the newer the films, the easier it is to find the stuff or talk to people, but the films are less important to those people because it’s just one of many films they’ve worked on recently that don’t necessarily stand out above the others.

AD: You haven’t been approved for a second season, but if you were, what are some of the titles you’d like to explore?

DL: If I had my druthers, the number one film on my list would be Dragonslayer. I feel that film is very important. A lot of important people worked on it, and it’s inspired a lot of important things that have come out recently like Game of Thrones and Lord of the Rings. Another movie which is a Fox film now part of the Disney archive is Big Trouble In Little China. 20,000 Leagues Under the Sea. That would be a challenge because finding material isn’t too difficult, but there is hardly anyone alive from it now. Miracle on 42nd Street would be amazing, but we’re still trying to figure out what story there is to tell there. There are a lot of different things, and we want to try to be as broad as we can but still maintain my personal connection with the films.

AD: What do you hope audiences walk away from Prop Culture with?

DL: I hope they have an appreciation for the wide range of skills that it takes to make a feature film or anything at the level that Disney makes. The artists – whether it’s the actors or prop masters or engineers or costume designers – it takes an army to make a movie and to create a world. That is at the heart of the show. That is what the show’s goal was. A side effect of that is that people will appreciate these movies more. Any maybe people who have never seen the films that we profile would then go and watch the film or watch them again a third or fourth time. If they can learn something about movie production, then I would love that. That would make me feel really good.