"We wanted to blend that old Hollywood style with a more modern style of today's Los Angeles."

by Jordan Walker
in ADTV, Interviews
0

Twenties creator Lena Waithe and director Justin Tipping wanted their BET comedy series to be visually stylistic, to be reminiscent of old Hollywood. Cinematographer Michelle Lawler was tasked with making Twenties visually capture the big world in which their characters are trying to navigate. With All About Eve being the primary inspiration for Twenties, Lawler wanted to make sure she captured Hattie (Jonica T. Gibbs), Marie (Christina Elmore) and Nia (Gabrielle Graham) at the center of all their scenes, taking up space in the world of Hollywood, where black women are often cast aside.

Awards Daily spoke with Lawler about her time working with Waithe and Tipping on bringing the visually-stunning Twenties to life and her incredible experience working on the series. 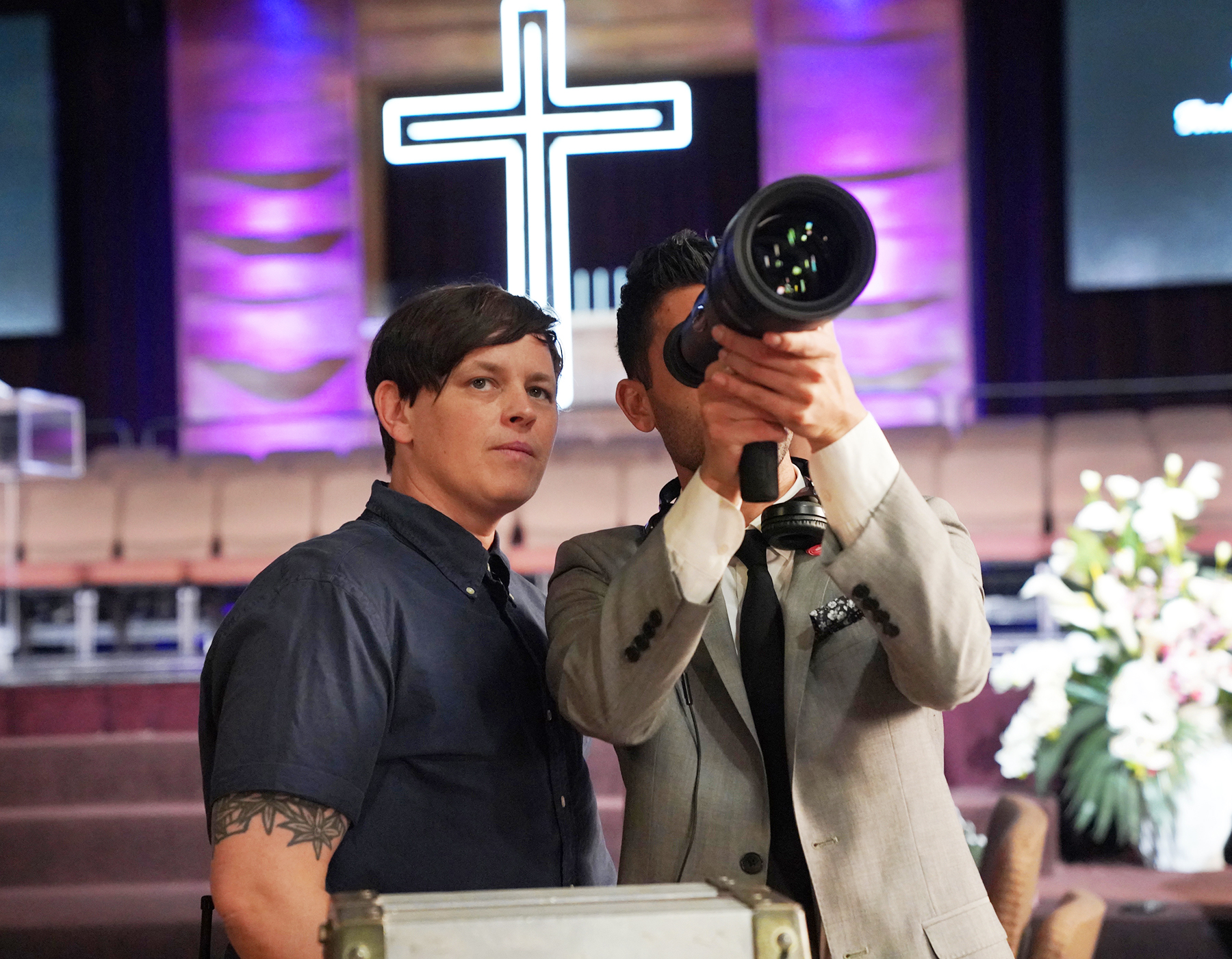 Awards Daily: How was your experience working on Twenties? What creative approaches did you use leading up to the start of the production?

Michelle Lawler: Not too long before I started Twenties, I worked with Lena (Waithe) on another show of hers, Boomerang…

AD: I loved what she did with Boomerang!

ML: Yeah! I knew the director Justin (Tipping) from my days at AFI, and right out the gate, I was very excited and very at ease about the project! All the producers on Twenties are just amazing! Everyone’s so generous and nice and really excited, energized and positive about the process and project. It was an all-around good experience working with all the producers and executives associated with the show. It was very different from other shows I’ve worked on.

AD: How did you and other members of the crew like the producers or production designers work together to maintain the cinematography style that you envisioned and achieved?

ML: When Lena, Justin and I started talking about the show, we wanted to blend that old Hollywood style with a more modern style of today’s Los Angeles. We talked a lot about the first episode when Hattie, Marie and Nia go to Cinespia and they watch All Above Eve; the scene is Bette Davis talking about what it’s like being a woman in Hollywood, and that became the launching pad for Justin to incorporate an old Hollywood style with something current. In the 1950s, there wasn’t a lot of black people in films, especially in leading roles, and Justin and I talked a lot about that cinematically. How do we flip the script on that and put these black women, especially Hattie – who’s a queer, masculine, black woman – at the center of this story? We wanted to frame them in ways where they’re really taking up space. They’re at the center, they’re the focus, and they’re the center of these rooms.

AD: Let’s shift to Hattie for a moment. She’s the driving force of the series, so what kind of techniques did you use to elevate Hattie as a character and her story?

ML: We wanted to create a lot of tableaus with Hattie at the center, while also incorporating camera techniques you see in 1950s-style melodramas of using unmotivated camera moves. In the second episode, the camera sweeps up to Hattie when she puts in her headphones, and she’s listening to Frank Sinatra’s “I’ve Got The World On A String” and she’s in her own musical number. Or the scene where she goes into You Go Girl Productions for the first time, and the camera just pushes into her face as she’s taking in all in, then the camera wraps around her. With Hattie, we wanted the camera to be her sidekick where it elevates what’s happening to her. When you’re in your twenties, there’s a lot of drama and a lot of feelings. We wanted the camera to always be capturing what’s happening emotionally for the characters.

With Marie, there’s a shot when she finds out Ben (Alex Alomar Akpobome) gets the promotion over her, the camera starts wide and high and descends down in a quick push into her face and she turns to the camera and said “Ben got the promotion.” I love that shot because the news is descending upon her and she’s confiding in the audience before she tells her boyfriend Chuck (Jevon McFerrin). I think in a lot of ways, the camera is playing with their internal space.

AD: Where there any challenges shooting Twenties?

ML: We were on a very tight budget. We shot every episode in four and a half days, which is a very quick turnaround time for a show that is primarily shot on location! It’s really fast for a show with a lot of locations. It was important to Lena and Justin that the show feels like it’s grounded in LA. We kept talking about it having a sun-drenched, noir look – really feeling the practical spaces and really feeling them around Los Angeles. The city is also a character in the show, and I think we were successful capturing that, but that also comes with taking more time when you’re shooting on location. Moving from location to location takes time, so the biggest challenge on this show was trying to maintain the high aesthetics that Justin and Lena want within the parameters of shooting time. There was just never enough time. We were trying to do a lot with a little. Lena’s always thinking, “How do we push this further?” “How do we think outside of the box?” “How do we elevate this?” So, we are always trying to push ourselves out of the creative boxes that we’ve constructed but within the time frame, which is really fast. You always want more time, but for a location-based show, it’s more difficult.

The only stages we used were the You Go Girl Production offices. We were at this building, and it was extremely difficult to shoot there, so many shooting challenges from the production aspect! Really low ceilings and not being able to rig for the ceilings. Most of our locations are on the second or the fourth floor, so you’re lighting from a crane outside and the sun’s moving; it poses a challenge. When you’re lighting on a sound stage, it’s easier to have control of those elements. We were always at the mercy of where is the sun going to be, or what floor are we shooting on? That was actually a huge challenge. So, shooting a series that’s primary location-based, and to shoot in four days is actually impressive.

AD: As a cinematographer, you often jump around while shooting episodes and scenes. Does that worry you about continuity?

ML: No, that is just what we do. There is rarely ever a time where you’re shooting in order or emotionally the way you’d like to shoot. Sometimes you must shoot the really hardest, saddest, toughest scenes first and then the happier, higher beat stuff later. The trajectory of emotion is not there. For me, I’m always trying to remember where we came from in the scene prior. What’s the scene in the script before this? How does that feel and where the characters are coming from emotionally so I can properly light the scene. I was the only director of photography on this season. Someone else shot the pilot, but usually there are two DPs on a series, and you’ll rotate episodes so you have time to prep. But on Twenties, I’d have to walk in and think, “How do we want to shoot this?” or “Where are we coming from?” Sometimes, you’re figuring it out as we go along, but I try to stay grounded in what’s the scene before this scene and where are we coming to. Thinking about the episode and the end of the episode. You want there to be a visual arc there – you want the characters to be in multiple locations, not be in the same place all the time.

Twenties is currently streaming on BET.

Hightown's James Badge Dale On What the Deal with Ray Is

by Mark Johnson
11
No Result
View All Result