by Joey Moser
in Reviews
0

COVID-19 has brought festival season to a screeching halt, and this month’s disruption is the Palm Springs International Shortfest. Since an in-person event could not be held, a collection of shorts was made available online, and I got to take a look at three very different selections. I love seeing how short films distill an entire narrative into a condensed package, and you will always find me obsessing over the shortlists of shorts for the Academy Awards.

All three films I watched–Josiah, Day Release, and The Last Ferry From Grass Island–carry heavy themes but feature incredible performances.

Kyle Laursen’s Josiah explores racial stereotyping and sexism inside the audition room without resorting to theatrics or melodrama. It’s a beautifully paced film that will get any audience talking as soon as the credits roll.

Brandon (Luke Forbes) steps into an audition room for what sounds like an ambitious series set after The Civil War (remember that Confederate series from HBO…). He will be reading for the role of Josiah, a freed slave who would later become recruited by the Buffalo Soldiers. Even before Brandon blows the room away with his audition, he is repeatedly told how integral the character of Josiah will be to this potential of this show getting picked up to series.

As the audition goes on, questions are brought up about the screenwriter and director’s intentions for the script and the topic of language becomes the conversation. In addition to the writer being white (played by Kevin Dunn), the person feeding Brandon lines is also white but casually dropping the n-word that’s included in the script. It’s uncomfortable, and it makes you wonder how Black actors and actresses have to deal with the stress of hearing racist language when they are trying to just do their job.

Laursen lets the camera glide around the room as the conversation builds and you almost expect the camera to turn around and ask the audience how they feel. There is an Emmy Award on the top shelf of a bookcase in the corner of the room that has to be within Brandon’s sight. I wonder how many times he glances at it as this role of a lifetime is hanging before him?

Josiah is a confident film that could be remade to tell individual experiences of actors of color as they step into the audition room. Cast Luke Forbes in everything, because his performance–both during the audition and as he leaves–is so captivating and present.

Martin Winter’s Day Release contains huge emotions in a cool, quiet film about a mother trying to do what’s best for her child in the very little time she has.

Kathi is a young single mother who is released from prison for one day to see her 3-year-old son, Christopher, on his birthday. Christopher is being cared for by Kathi’s mother, but she soon realizes that her mother’s health in in steep decline and she can’t look after Christopher in the way that he needs.

With literally only hours before she is due back at the prison, Kathi tries to find a place for Christopher where he will remain safe and looked after. This could’ve been so over-the-top and histrionic, but the film is anchored by a measured performance from Anna Suk (if Elisabeth Moss didn’t want to play June anyone on The Handmaid’s Tale, Suk could easily step in).

If this was a big Hollywood film, it would be too long and the thrills would be amped up. There is a loving pull to Day Release and it never feels clinical or cheesy. A mother will do anything for her child, and Kathi’s circumstances are definitely unique. After the film ended, I kept thinking of Kathi sitting in her cell worrying about her song. It’s a heartbreaking film, so go thank your mother, will you? 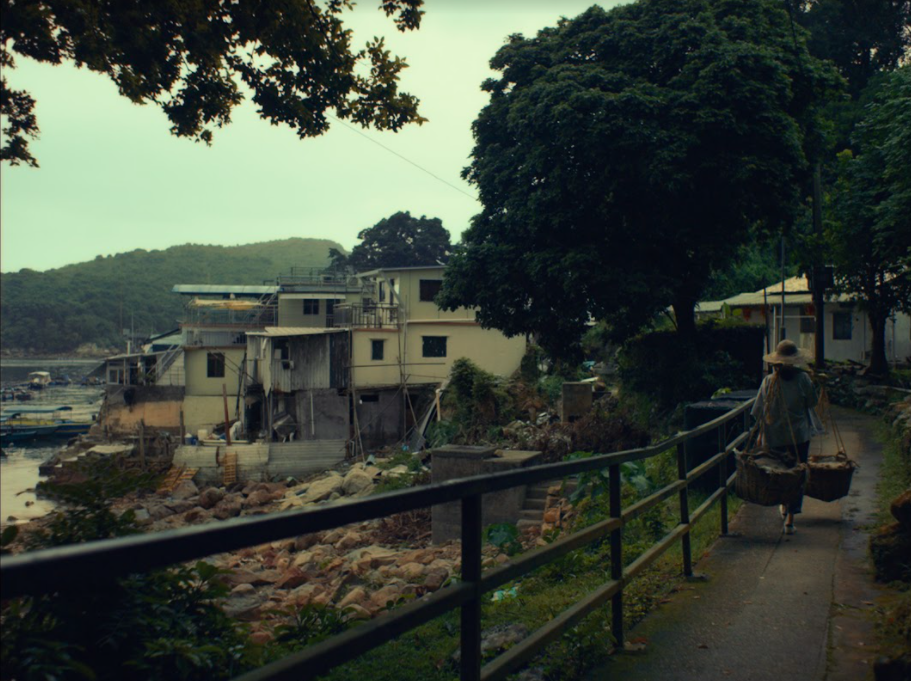 The Last Ferry From Grass Island is such a marvel of a movie. I had no idea what was going to happen, and it feels like a fable passed down from earlier generations. It was recently selected for Cinéfondation at Cannes Film Festival.

The story is simple: a hitman has retired on Hong Kong’s Grass Island. He fishes during the day and eats what he catches. Isn’t that the life every hitman truly wants after stepping away from the business? His Chinese apprentice shows up one day to finish him off before the last ferry leaves the island.

This short is gorgeous, and you can almost smell the water as the wind blows off of it. Last Ferry feels classic and traditional but modern and thrilling. It’s so alive. The performances from Tai Bo and Wang Yang have so much weight behind them that you will wonder how they establishes this master-apprentice relationship so well. Director Linhan Zhang is only 23 years old–he’s definitely a director to watch.