We got a look at the new Netflix/Aaron Sorkin Oscar contender The Trial of the Chicago 7 in Vanity Fair. (People always say it’s timely like that’s a good thing. Remember what happened in the wake of 1968/1972? Okay, moving swiftly on).

Sorkin has boiled down the trial into a movie that will run just short of two hours. “For me that’s a short!” he says. “It’s a great courtroom drama.” But the trial was just one of three stories he wanted to tell with the movie. The second was the evolution of the riot. “How did we go from what was supposed to be a peaceful anti-war demonstration to this incredibly bloody and violent confrontation?” The third, “more personal and emotional” strand is a kind of love story, the bond that developed between Abbie Hoffman and Tom Hayden, “two people who didn’t get along very well at the beginning and came to have a lot of respect for each other.” You can expect comedy, but, says Sorkin, “in our movie we use that humor to fool you for a second before we punch you in the gut.”

Courtroom Sorkin is the best Sorkin. The deposition scenes in The Social Network, for instance, but also A Few Good Men – both are in the pantheon of movie quotes for all time.

Sorkin’s screenplay attracted a dream cast, all of whom worked for scale. Sacha Baron Cohen, the only actor remaining from the original Spielberg ensemble, plays Yippie firebrand Abbie Hoffman, the trial’s court jester. Eddie Redmayne, who says that “working with Aaron was on my bucket list,” plays the more buttoned down Tom Hayden, the veteran of SDS and the Free Speech Movement, but better known to Redmayne’s generation as the former husband of Jane Fonda. Frank Langella is the villainous Judge Hoffman. Jeremy Strong (Succession’s tortured Kendall Roy) is anti-war activist Jerry Rubin, cofounder of the Yippies. Mark Rylance is defense lawyer William Kunstler, pitted against Joseph Gordon-Levitt’s prosecutor, Richard Schultz. Black Panther Bobby Seale, who was infamously bound and gagged in the courtroom, is played by Aquaman villain and Watchmen costar Yahya Abdul-Mateen II. Michael Keaton is Ramsey Clark, the attorney general under the previous LBJ regime, which had come to the conclusion that it was the cops, not the protesters, who had caused the riots. This was an opinion the judge didn’t like, or allow the jury to hear. Marveling at his cast, Sorkin says, “It was like driving a Ferrari. My one job was making sure they were all in the same movie.”

We are, as always, awash in wishful thinking on the left:

Many of those younger protesters have probably never heard of the Chicago Seven, but they will recognize the direct line of political outrage that courses from 1968 to 2020. Donald Trump and his advisers clearly hear the echoes too, and seem to think that resurrecting the Nixon “law-and-order” playbook will work the same electoral magic. But times, and demographics, have changed: Their 52-year-old playbook has grown musty and blood-stained.

To quote Hooper in Jaws, “I don’t think so.”

I went back to Sorkin in mid-June—just after Trump delivered his fearmongering tirade to a more-than-half-empty Tulsa auditorium—to see how he felt his movie fit into the new national mood. “The movie was relevant when we were making it,” he wrote in an email. “We didn’t need it to get more relevant, but it did. The polarization, the militarization of the police, the fear of Black activists, even the intramural battle between the left and the far left. To say nothing about [Black Panther] Fred Hampton being murdered by the police during the trial. At this performance the role of Mayor Daley is being played by Donald Trump.”

If one of the aims of the movie was to get its audience enraged and engaged, that job has been accomplished by a short, deadly amateur video shot on the streets of Minneapolis. We’re there. “I wish I could release it today,” Sorkin wrote of his movie. “Unfortunately, I’m confident that when we release it in the fall it’ll be just as timely.”

It is hard to talk about this movie without talking about politics but I would remind everyone that the reason Nixon won was because of the SILENT MAJORITY. The way things have been leaning toward the left is to stifle dissent, to tell a story people want to hear rather than the story that reflects a truth, inconvenient or otherwise. Such narrative-shaping dissent did not exist on the left back then. It was all on the right. That was what the left was fighting against. The biggest difference between now and then is that the left is currently preoccupied with policing its own speech. That will impact every production coming out in the near future and it is absolutely not how things were back in the 1960s. But either way, the end result is likely the same: a silent majority whose voice is being out-shouted by the louder minority.

The Manson murders, Kent State, and Vietnam were the signposts of the chaos the silent majority saw back then. Now it’s Covid-19, it’s fear of an authoritarian government with Trump (paramilitary forces on the streets), and with the left (policing of speech, expression, dissent). We’re living through very different times.

However, the reason the Chicago 7 will be catnip for Oscar voters is that many of them lived through this era. This was their time. It’s funny how so many voices from that era, like Noam Chomsky and Gloria Steinem signed that Harper’s Letter that takes a stand against the threat of one part of “cancel culture” that polices speech and opinion, that silences dissent. They aren’t talking about the rise of black power and the important changes that followed, but they are talking about Tumblr Salem where once accused, forever guilty.

The Trial of the Chicago 7 will be an interesting film to see, to be sure, as a reminder of how the more things change, the more they stay the same.

Sorkin will be once again proving himself as a director, as he did with Molly’s Game. No doubt, the screenplay will be blazingly brilliant.

I for once am glad to see a Big Oscar Movie on the horizon – it feels a little like normalcy. 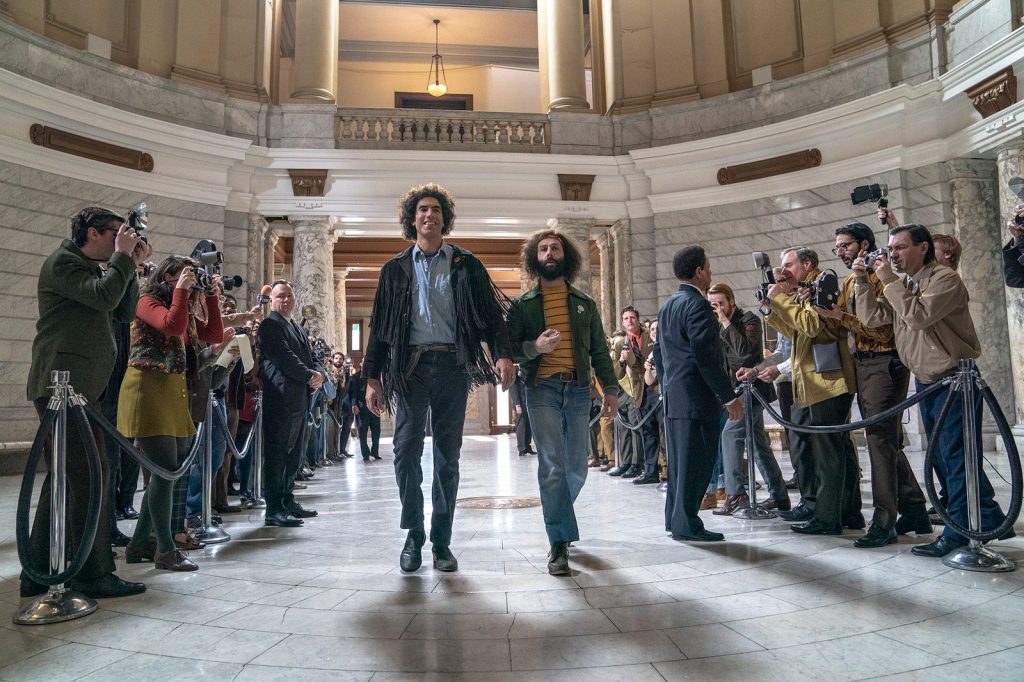 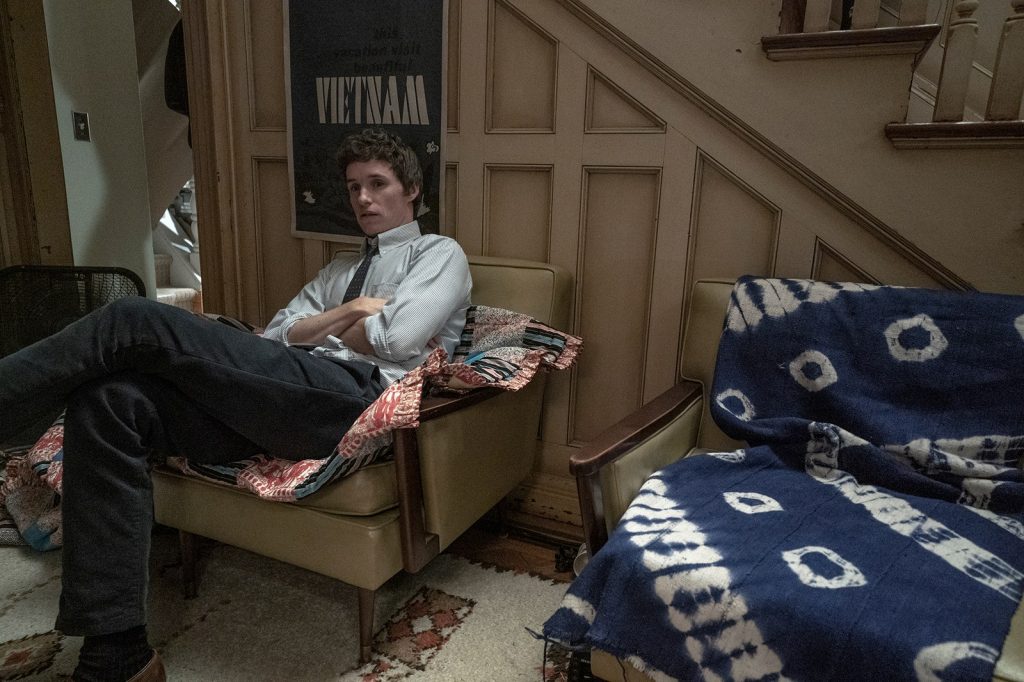 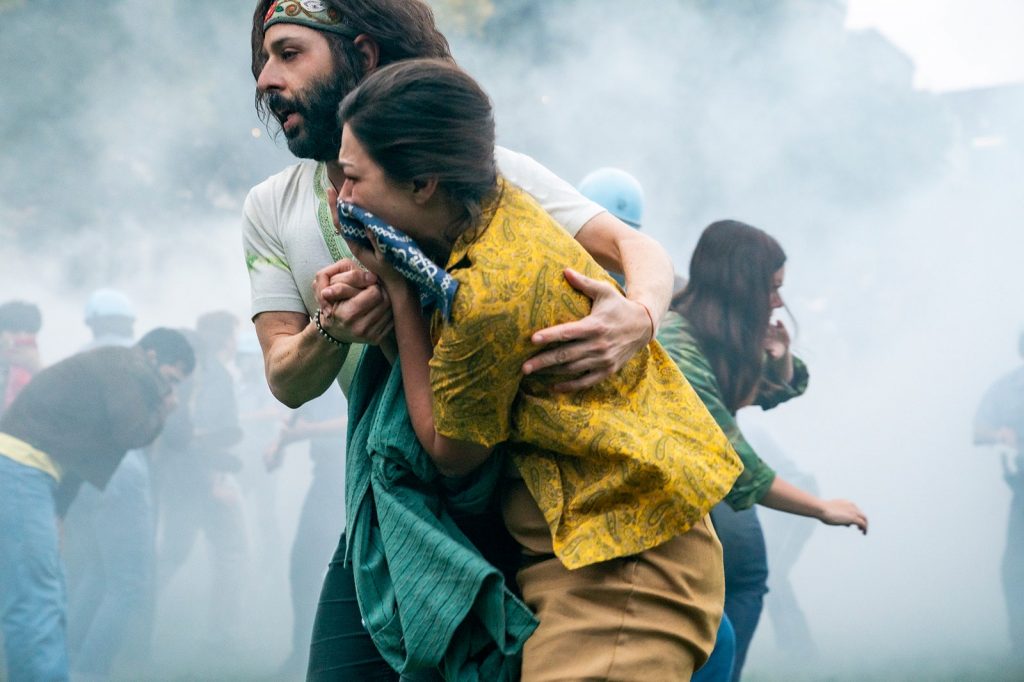 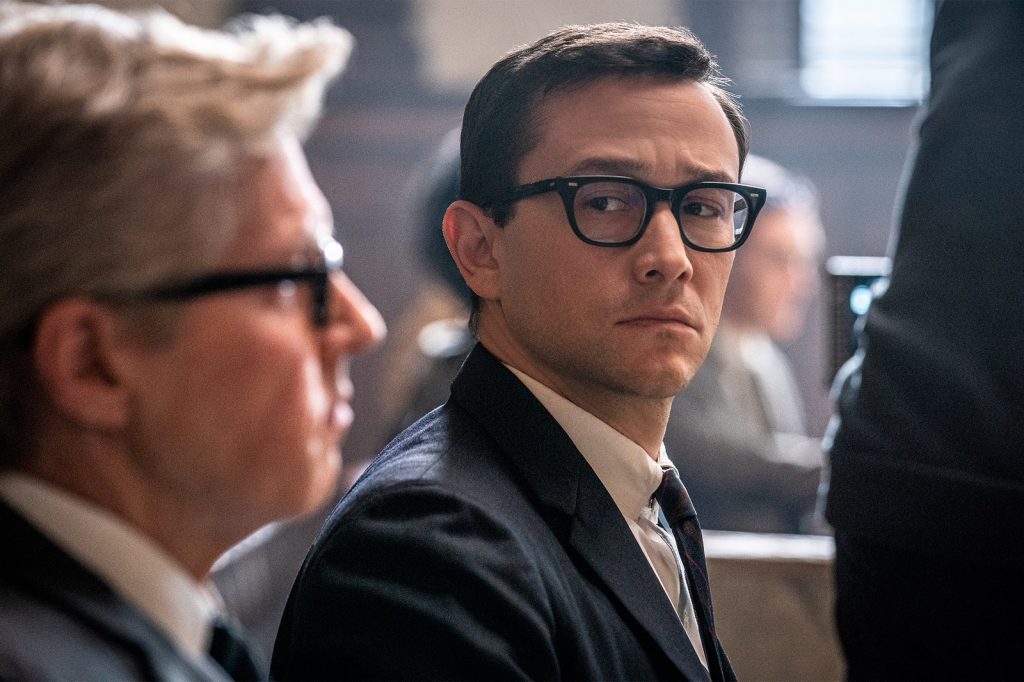 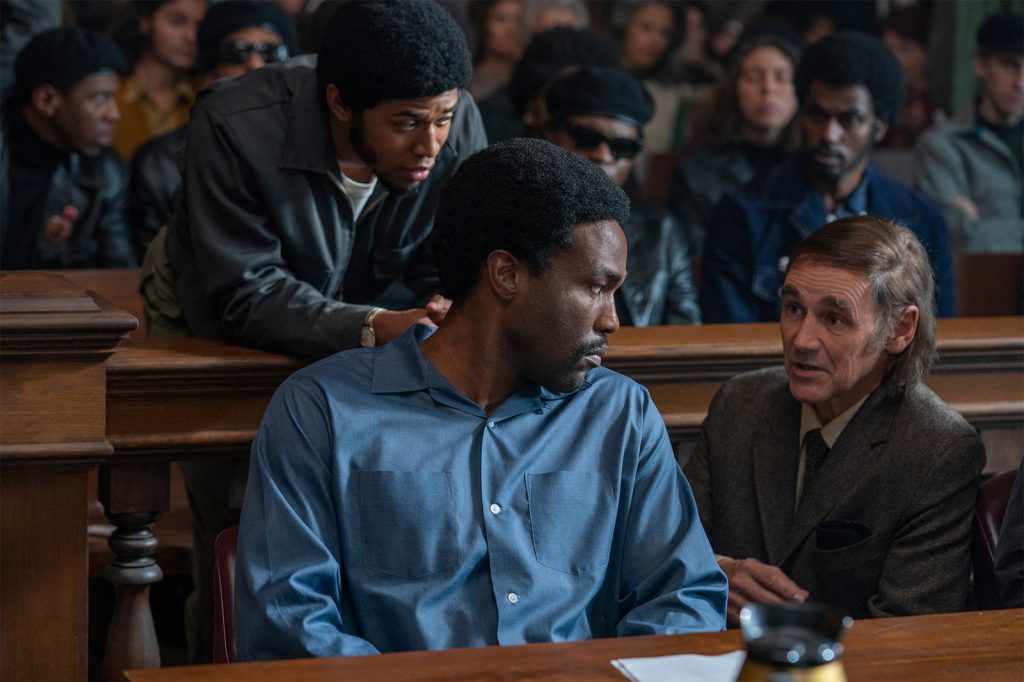