We continue our week of Awards Daily TV Emmy predictions today with our official drama picks in the top five categories. As we mentioned yesterday, over the past year, the ADTV team grew, and for the first time, our predictions include input from contributors Kevin Dillon, Shadan Larki, Ben Randall, and the newest member of our team Jordan Walker.

The 2020 Emmy drama categories are particularly interesting because there is no Game of Thrones. The absence of HBO’s behemouth leaves a wide open field of potential contenders, although Team AD TV thinks the race is settling between two main contenders: HBO’s Succession and Netflix’s Ozark. We’ll obviously know more about which series sits in the pole spot when nominations are announced next Tuesday. Ozark is guaranteed at least three acting nominations and is likely to receive a fourth in Tom Pelphrey’s heavily acclaimed supporting performance. If Pelphrey gets in, then Ozark is that much stronger to win. If by some miracle Janet McTeer gets in, then it may be too tough to beat.

Succession sits in a similar position. Right now, all members of Team AD TV are picking it to win Drama Series, continuing HBO’s dominance of the category. That lead would be solidified when the Television Academy weighs in with its acting nominations. It was shut out of the acting races last year, but this year, most people are predicting at minimum four nominations with some going as high as six.

The potential dominance of either show is definitely a huge sign that we’ll all look for come nomination morning. 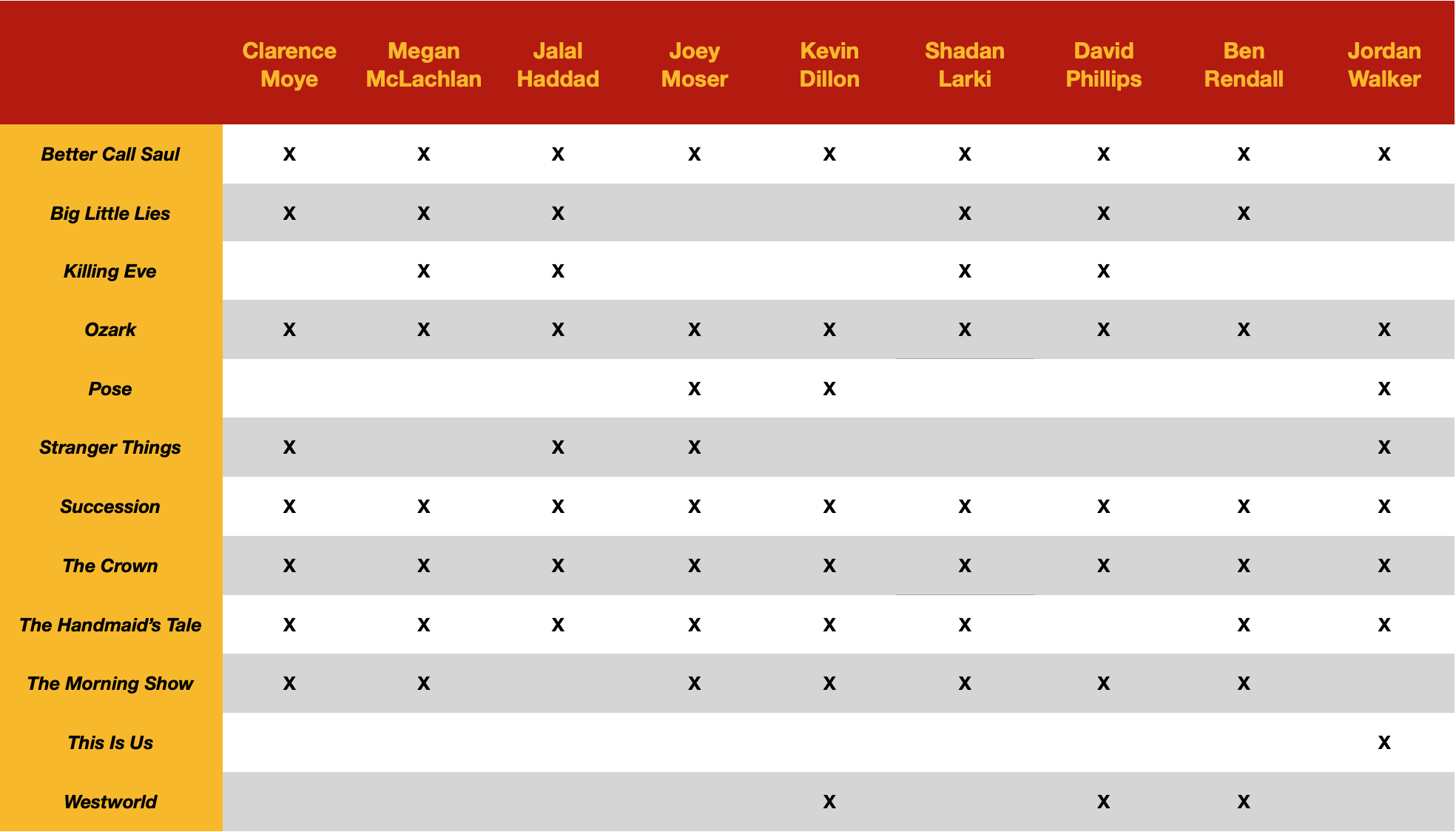 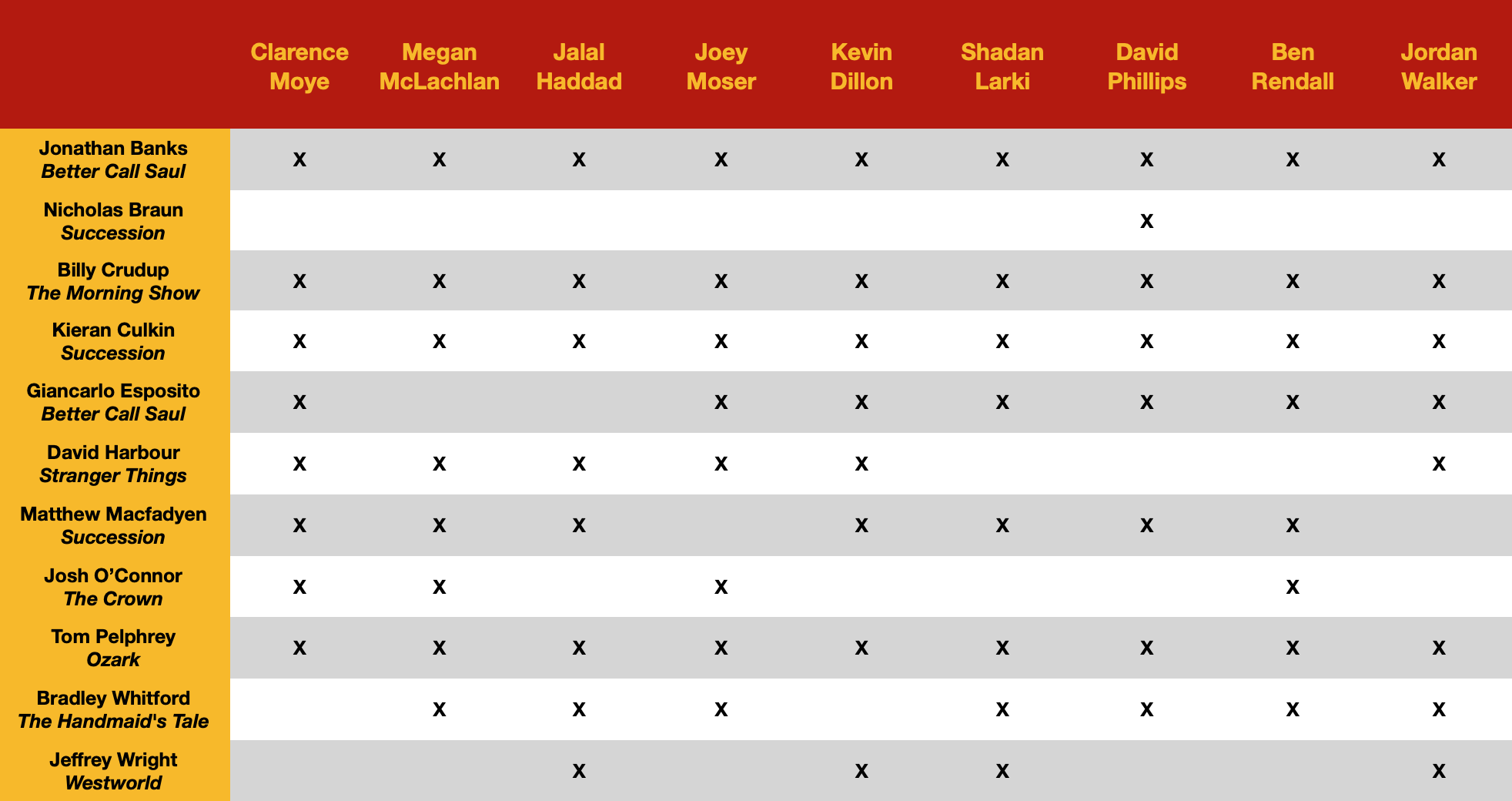 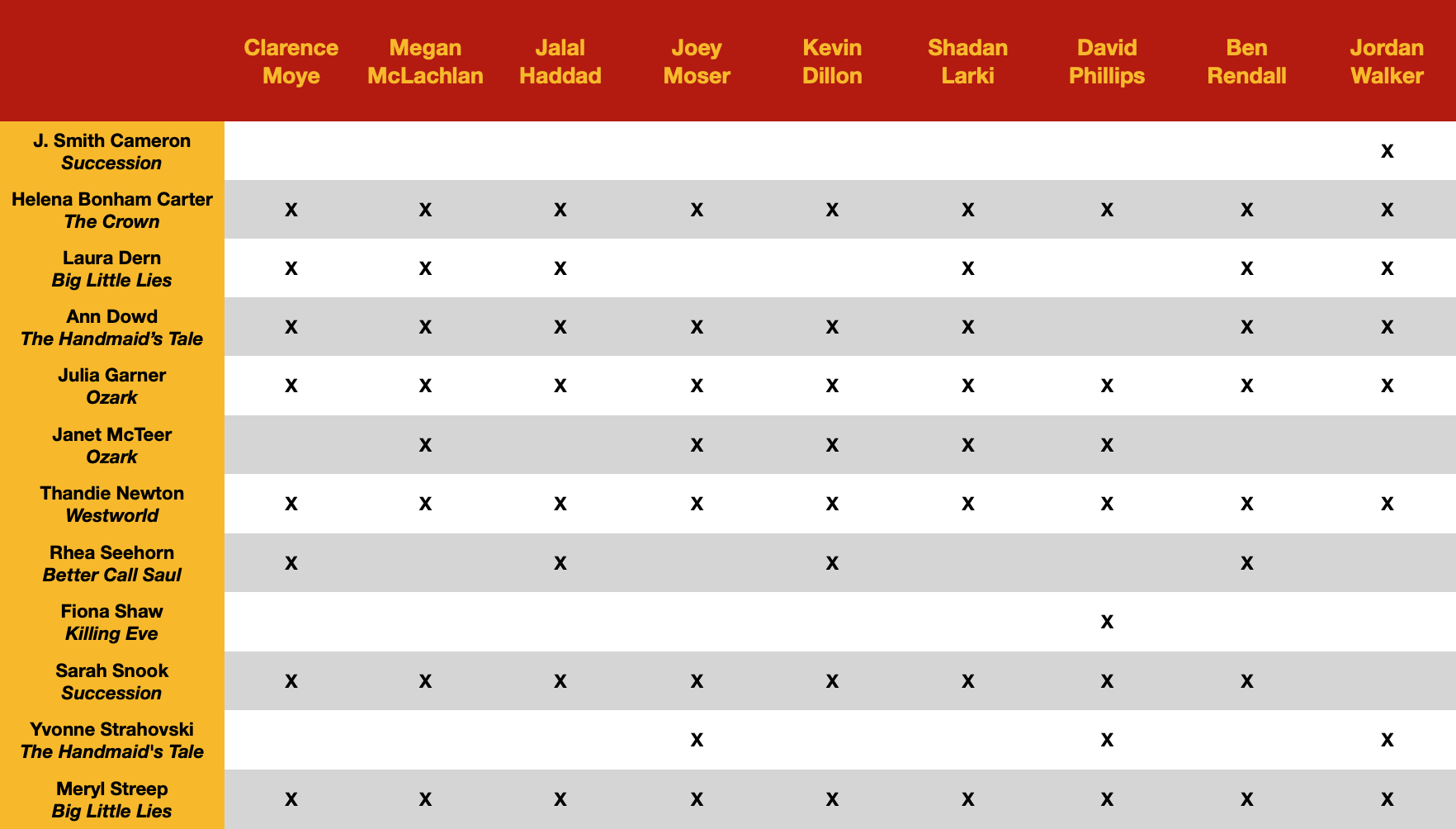